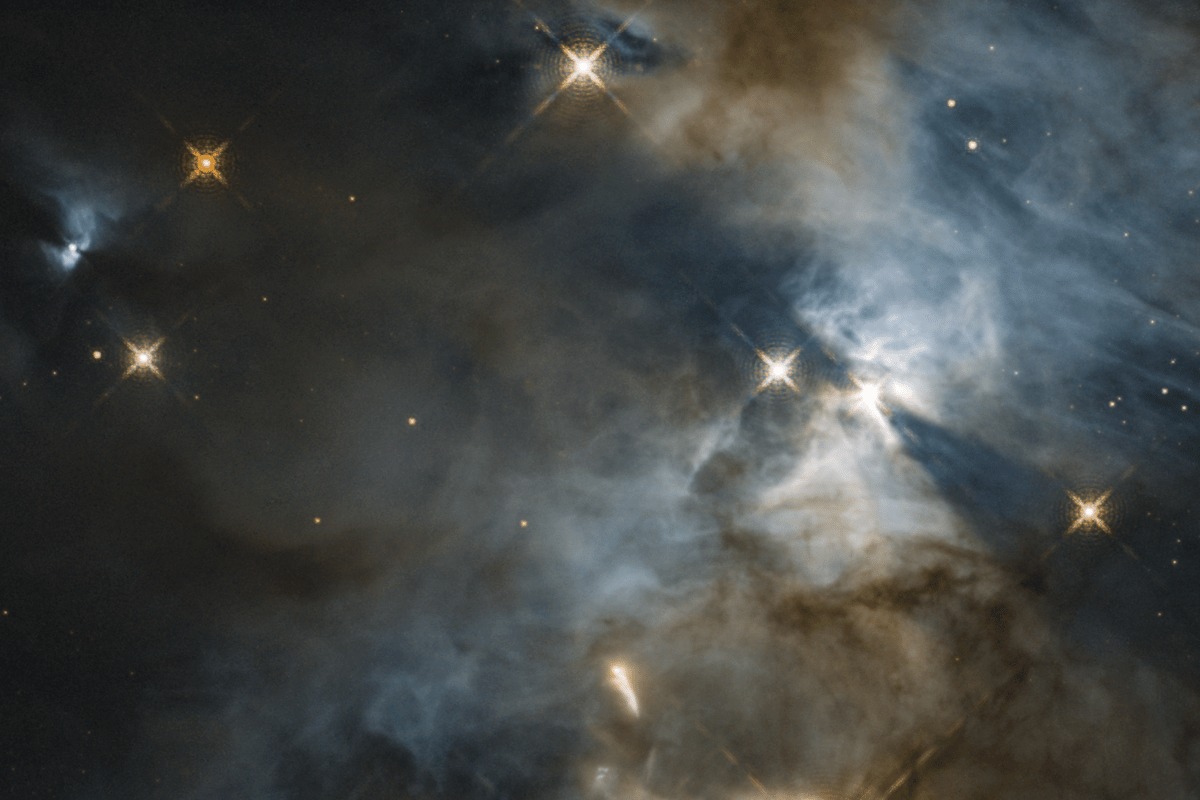 The Bat Shadow, visible towards the upper right, now appears to be flapping its wings.  NASA, ESA, and STScI

–
By Michael Irving
A few years ago, the Hubble Space Telescope captured a striking sight in the Serpens Nebula – a huge shadow in the shape of a bat. Now, follow-up observations have shown that it appears to be “flapping its wings,” which may be the influence of a nearby planet. If so, it’ll be one of the weirdest ways any planet will have been found.

The Bat Shadow, as it’s been aptly nicknamed, is cast from a star called HBC 672, located about 1,400 light-years from Earth. It looks kind of like a reverse lighthouse – the star in the middle is bright, but it appears to throw off beams of darkness in two directions. The shadow is estimated to stretch as far as 200 times the length of our solar system.

Forest fire detector is powered by the movement of trees

The strange shadow is believed to be created by a puffy disk of dust surrounding HBC 672. This could be blocking light to the sides, but allowing it to pass above and below the star.

But the story gets even weirder. Hubble recently revisited the Bat Shadow 404 days after the first image was taken, and realized it had changed. The “wings” were in a slightly different position, almost like they were flapping.

While the team can’t see what’s causing the strange movements, they can hypothesize. The disk is probably not flat, they suggest, but warped into a kind of saddle shape. As the disk spins around the star, it lets light out in different directions, creating the flapping shadow.

“If there were just a simple bump in the disk, we’d expect both sides of the shadow to tilt in opposite directions, like airplane wings during a turn,” says Colette Salyk, a researcher on the study.

This disk could have been warped by an unseen companion near HBC 672. A planet with an orbit inclined to the plane of the disk could be enough to do it, circling the star every 180 days or more at a distance roughly similar to Earth’s around the Sun.

Or it could be a small star, sitting outside the disk and causing HBC 672 to wobble up and down relative to its dusty disk. But out of the two scenarios, the team believes the planet idea is more likely.

The research was published in The Astrophysical Journal. The flapping shadow, as well as an animation of the disk that might cause it, can be seen in the video below.

Zooming Into the Bat Shadow and its “Flapping”