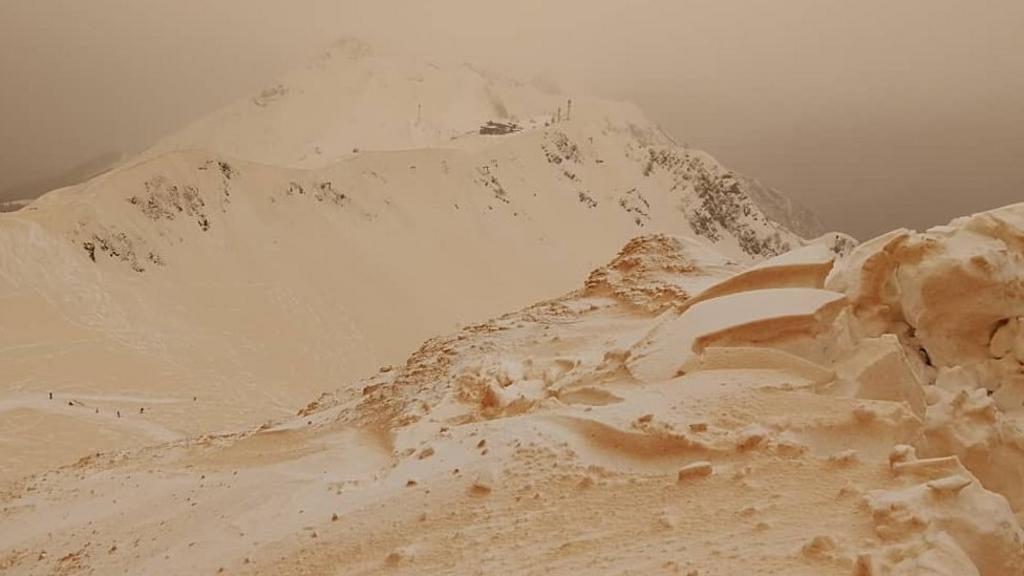 The strange phenomenon caused by snow mixing with sand is sighted in Russia and other countries.

People in eastern Europe have been wondering at the appearance of orange-tinted snow.

Pictures of the snow have been posted on social media from Russia, Bulgaria, Ukraine, Romania and Moldova.

Meteorologists say the phenomenon is caused by sand from Sahara desert storms mixing with snow and rain.

It occurs roughly once every five years but concentrations of sand are higher than usual this time. People have complained of sand in their mouths.

Skiers and snowboarders from resorts near the Russian city of Sochi sent pictures of the unusual scenes.

(Disclaimer: The BBC is not responsible for the content of this email, and anything written in this email does not necessarily reflect the BBC’s views or opinions. Please note that neither the email address nor name of the sender have been verified.)
+++++++++++
Tweet