Home
News
Meet Mary Anning, a fossil hunter who changed the way we think about the history of life on Earth

Whenever we think about the origins of evolutionary biology, paleontology, and geology, we’re inevitably drawn to 19th century figures like Charles Darwin, Georges Cuvier – the founder of vertebrate paleontology – and Charles Lyell, who changed our understanding of Earth’s history. Unsurprisingly for the time, all these giants of science were men. Any woman who wanted to participate in the scientific world had to do so behind the scenes, which often meant they didn’t get the credit they deserved for major breakthroughs and discoveries.

Such was the case of Mary Anning, who discovered dinosaur fossils near her home in England at a time before anyone knew what dinosaurs were. Her discoveries sparked decades of debate on how old life on our planet really was, how fossil organisms originated and eventually disappeared, and ultimately how humans fit into this menagerie of life. Anning, whose 219th birthday passed on May 21, never achieved much recognition or compensation for her work during her own lifetime. But she’s come to be regarded by her many admirers as ‘the greatest fossilist the world ever knew.’

Anning’s story began with a tragedy and a stroke of luck. Before her birth, her father, Richard Anning, relocated to the town of Lyme Regis, England, where he started a part-time career selling fossils. Lyme Regis is situated along a series of steep cliffs made up of stratified clay and limestone deposits, called blue lias for its blue-gray hue. The clay is highly unstable, especially when wet, and is actively being eroded by ocean waves and coastal storms. Between 150 and 200 million years ago, when Pangaea was just beginning to split apart, the region was a shallow shelf beneath an ever-widening sea, the sea floor serving as a burial ground for the bones and shells of creatures that eventually found their way there. By combing the beach with a chisel and hammer, Richard Anning could easily unearth mollusks and crustaceans that had been entombed in shale since the time of the dinosaurs. 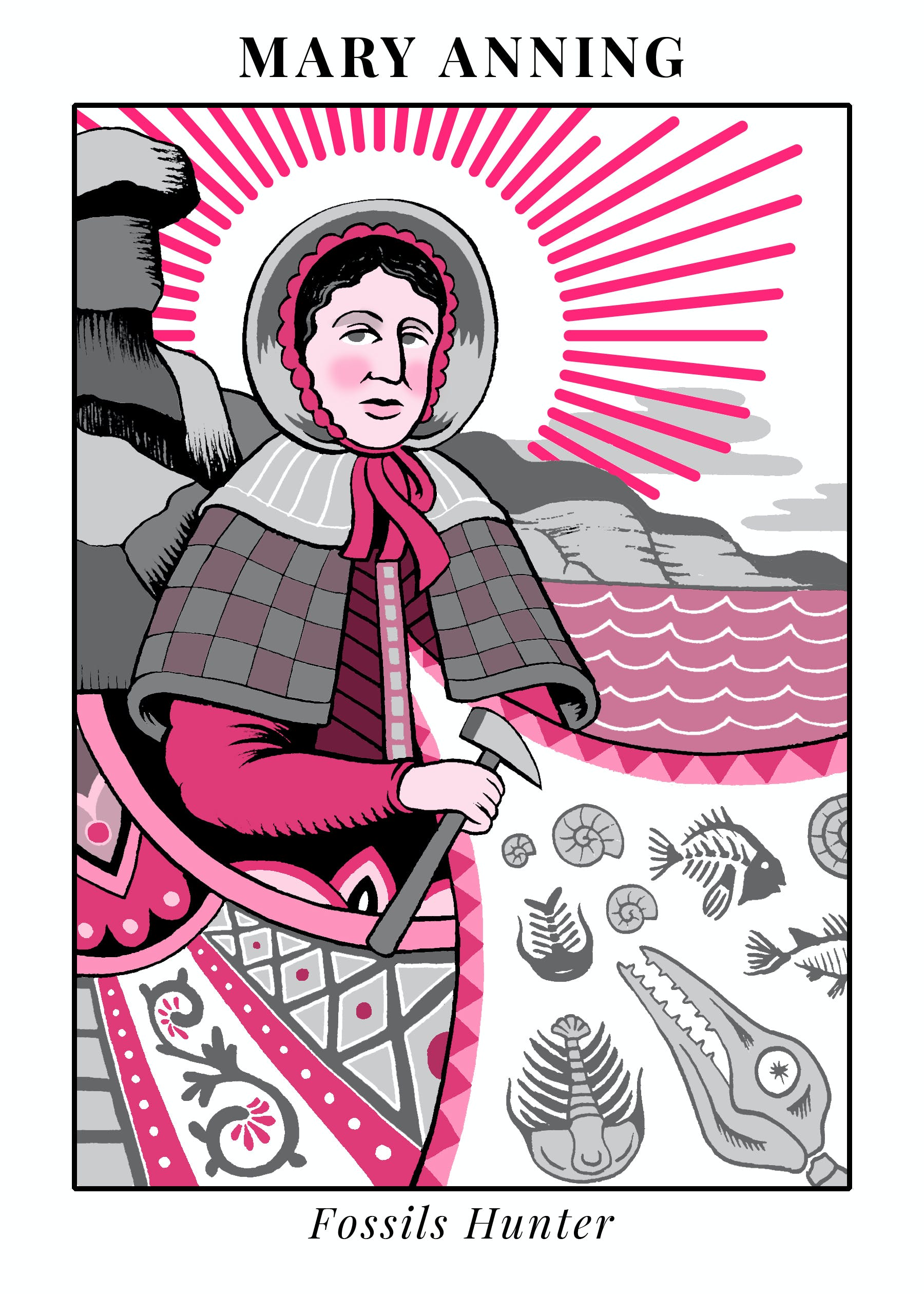 When the Anning children – Mary and her brother, Joseph – were older, their father took them out fossil hunting with him, much to their mother’s chagrin. The cliff sides were a dangerous place, prone to rockslides due to the unstable layers of clay within. The apprehension was not misplaced: while traveling to a nearby town to sell his fossils, Richard Anning lost his footing and tumbled down a cliff side. While the fall wasn’t initially fatal, his health waned over the next two years, culminating in his death in the autumn of 1810, leaving his daughter bereft of the principle guiding force that had shaped her childhood. But the love of natural history that had been instilled would remain with her for the rest of her life.

A girl and her fantastic beast

The years directly after Richard Anning’s death were bleak; he’d left the family of three with £120 of debt, a staggering sum at the time. With no reliable source of income, the family had to rely on parish support, a type of welfare at the time, just to avoid starvation. At age 15, Joseph Anning was apprenticed to an upholsterer in town, which meant his time as an avid fossil hunter was coming to an end. But before he completely turned all his energy toward his apprenticeship, he made the discovery of a lifetime. While looking through exposed rock along the shore, he came across what appeared to be the massive skull of an alligator. But without time to invest in looking for the rest of the fossilized remains, he asked his sister to undertake the search instead.

She searched the nearby cliffs for a year without any luck, a dogged pursuit that underscored her tenacity, even as a young girl. It wasn’t until a fierce storm wore down the exposed clay and limestone that part of the creature’s body was revealed.(To continue reading this article please visit: https://massivesci.com/articles/mary-anning-science-heroes/)