Home
News
Was There a Civilization On Earth Before Humans?

A look at the available evidence 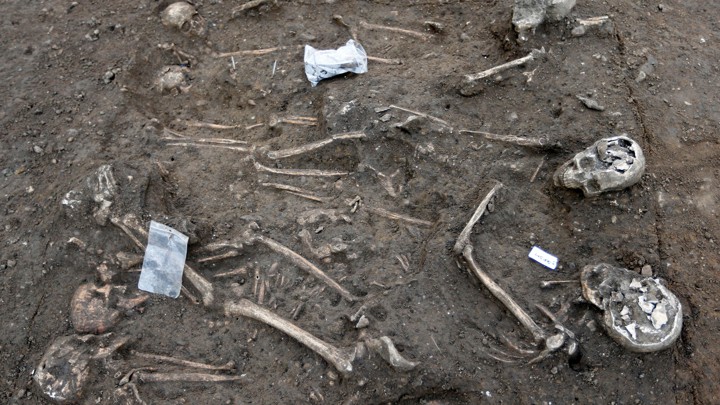 It only took five minutes for Gavin Schmidt to out-speculate me.

Schmidt is the director of NASA’s Goddard Institute for Space Studies (a.k.a. GISS) a world-class climate-science facility. One day last year, I came to GISS with a far-out proposal. In my work as an astrophysicist, I’d begun researching global warming from an “astrobiological perspective.” That meant asking whether any industrial civilization that rises on any planet will, through their own activity, trigger their own version of a climate shift. I was visiting GISS that day hoping to gain some climate science insights and, perhaps, collaborators. That’s how I ended up in Gavin’s office.

Just as I was revving up my pitch, Gavin stopped me in my tracks.“Wait a second,” he said. “How do you know we’re the only time there’s been a civilization on our own planet?”

It took me a few seconds to pick my jaw off the floor. I had certainly come into Gavin’s office prepared for eye rolls at the mention of “exo-civilizations.” But the civilizations he was asking about would have existed many millions of years ago. Sitting there, seeing Earth’s vast evolutionary past telescope before my mind’s eye, I felt a kind of temporal vertigo. “Yeah,” I stammered, “Could we tell if there’d been an industrial civilization that deep in time?”

We never got back to aliens. Instead, that first conversation launched a new study we’ve recently published in the International Journal of Astrobiology. Though neither of us could see it at that moment, Gavin’s penetrating question opened a window not just onto Earth’s past, but also onto our own future.

We’re used to imagining extinct civilizations in terms of the sunken statues and subterranean ruins. These kinds of artifacts of previous societies are fine if you’re only interested in timescales of a few thousands of years. But once you roll the clock back to tens of millions or hundreds of millions of years, things get more complicated.

When it comes to direct evidence of an industrial civilization—things like cities, factories, and roads—the geologic record doesn’t go back past what’s called the Quaternary period 2.6 million years ago. For example, the oldest large-scale stretch of ancient surface lies in the Negev Desert. It’s “just” 1.8 million years old—older surfaces are mostly visible in cross section via something like a cliff face or rock cuts. Go back much farther than the Quaternary and everything has been turned over and crushed to dust.

And, if we’re going back this far, we’re not talking about human civilizations anymore. Homo sapiens didn’t make their appearance on the planet until just 300,000 years or so ago. That means the question shifts to other species, which is why Gavin called the idea the Silurian hypothesis, after an old Dr. Who episode with intelligent reptiles.

So, could researchers find clear evidence that an ancient species built a relatively short-lived industrial civilization long before our own? Perhaps, for example, some early mammal rose briefly to civilization building during the Paleocene epoch about 60 million years ago. There are fossils, of course. But the fraction of life that gets fossilized is always minuscule and varies a lot depending on time and habitat. It would be easy, therefore, to miss an industrial civilization that only lasted 100,000 years—which would be 500 times longer than our industrial civilization has made it so far.

Given that all direct evidence would be long gone after many millions of years, what kinds of evidence might then still exist? The best way to answer this question is to figure out what evidence we’d leave behind if human civilization collapsed at its current stage of development.

(For the balance of this article please see: https://www.theatlantic.com/science/archive/2018/04/are-we-earths-only-civilization/557180/)