Home
News
The end of the middle class: Why prosperity is failing in America 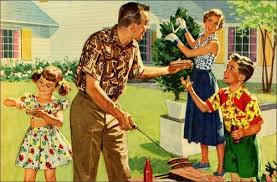 ‘Middle class’ doesn’t mean what it used to. Owning a home, two cars, and having a summer vacation to look forward to is a dream that’s no longer possible for a growing percentage of American families. So what’s changed? That safe and stable class has become shaky as unions collapsed, the gig economy surged, and wealth concentrated in the hands of the top 1%, the knock-on effects of which include sky-high housing prices, people working second jobs, and a cultural shift marked by ‘one-percent’ TV shows (and presidents). Alissa Quart, executive editor of the Economic Hardship Reporting Project, explains how the American dream became a dystopia, and why it’s so hard for middle-class Americans to get by. Alissa Quart is the author of Squeezed: Why Our Families Can’t Afford America.

(See the video at: https://bigthink.com/videos/why-americas-middle-class-is-disappearing/)