All those tiny discs add up. 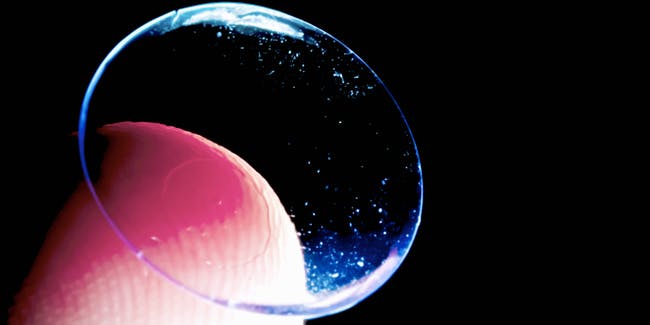 Every day, 45 million Americans stuff slivers of flexible plastic into their eyes, hoping to look less like nerds. While contacts-wearers become quite adept at poking them into place, a new study from researchers from Arizona State University suggests users are not very good at dealing with lenses once they’re done with them. All those tiny discarded plastic discs, they report, are adding up to a big environmental problem.

According to the findings, presented Sunday at the 256th National Meeting & Exposition of the American Chemical Society, anywhere from six to 10 metric tons of plastic lenses end up in United States wastewater annually. Because of the way wastewater is treated, all that plastic ends up contributing to microplastic pollution currently building up in waterways, which eventually makes its way into the food chain. It’s an especially timely problem as the use of contact lenses is steadily rising.

“This began as an exploratory venture but we have information to support the fragmentation of contact lenses into microplastics within a wastewater treatment plant,” study co-author and Arizona State University graduate student Charles Rolsky tells Inverse.