Praying mantises may not actually pray, but they do prey heavily on their fellow insects, along with other small land animals. Now, however, for the first time, scientists have documented a praying mantis catching and eating fish. 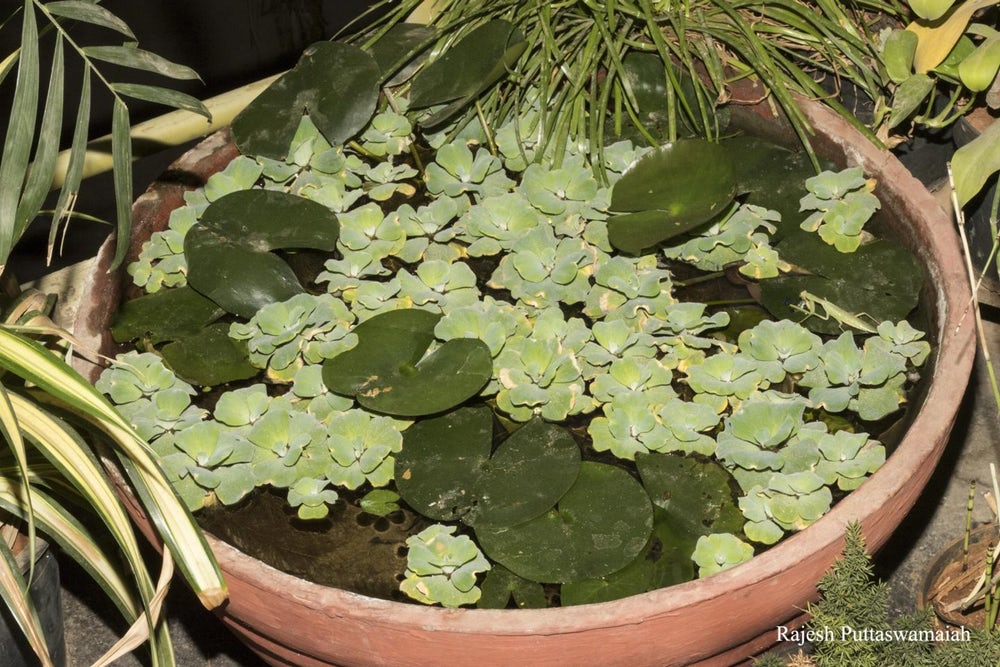 The water garden, with the praying mantis visible at right  (Credit: Rajesh Puttaswamaiah)

Over five consecutive days, it paid daily visits to a plant-pot water feature in that garden, where it would perch on the leaves of water lilies and water cabbage plants floating on the surface. It proceeded to reach down into the water, grabbing and eating at least two guppies every day, for a total of nine fish over the five-day period.

For one thing, such behaviour is interesting simply because of its novelty.

Praying mantises have previously been claimed to catch small creatures such as birds, lizards, frogs, newts, mice, snakes and turtles. Not all of these attacks have been scientifically validated, however, or they were induced by people in a controlled setting. By contrast, this is reportedly the first scientific report of a fishing mantis, and of one that did so without any human intervention.

More notably, the observation confirms the theory that a single invertebrate species can impact a whole ecosystem, as the praying mantis was eating guppies that in turn fed on aquatic insects. It additionally shows that mantises have unexpectedly good night vision, as all of the catches took place either at sunset or late at night.

What’s more, the fact that the insect kept returning to the same spot over multiple days may indicate that mantises possess sophisticated cognitive skills, including the ability to learn from their experiences.

(For the balance of this article please visit: https://newatlas.com/fish-eating-praying-mantis/56455/)