Cultured meat is the next step in a long history of alternatives to conventional meat.

Produced in partnership with New Harvest – 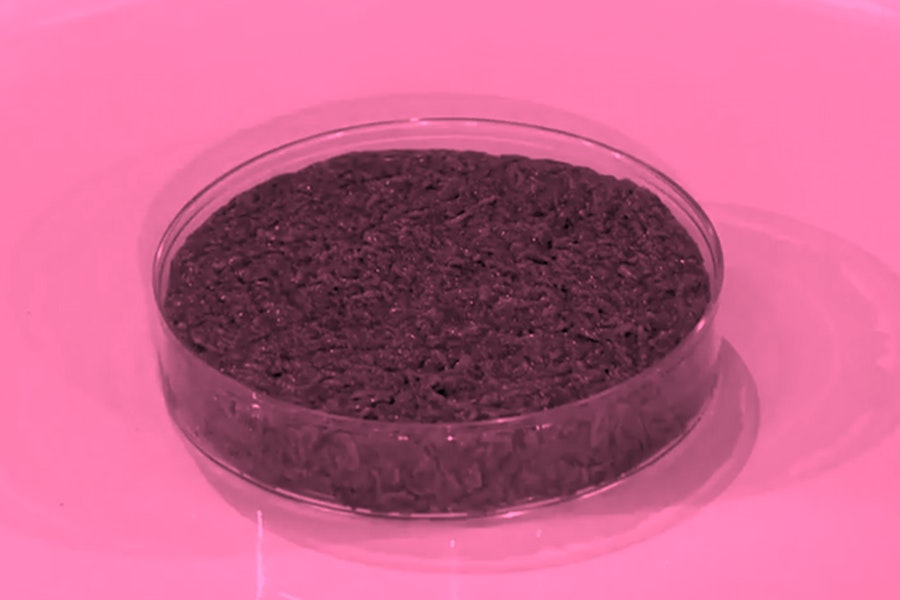 Now, more than ever before, people around the world are beginning to rethink the place of traditional meats in their diets. The number of vegans in the United States has grown sixfold over the past five years and more than tripled in Portugal and the United Kingdom over the past decade. The restaurant consulting firm Baum + Whiteman has even named plant-based foods — including vegan ice cream, imitation cheeses, and mock meats—as the hottest food and beverage trend of 2018. So why are so many people dropping meat?

Everyone has their own reasons, but surveys have revealed that three broad concerns appeared to be nearly ubiquitous:

Concern over antibiotic resistance due to use in livestock has also grown as new revelations concerning the dangers of conventional (livestock-derived) meat appear in headlines daily. Livestock and meat serve as a major source of disease outbreaks today. Bird flu, anthrax, and swine flu all incubate in and spread from domesticated poultry, cows, and hogs to humans. Over 60 percent of human pathogens are zoonotic, meaning both humans and animals can contract them. In a recent example from March 2018, a listeriosis outbreak from processed meat killed upwards of 200 people and infected 1,000 more. Conventional meat’s negative health impacts do not end at infectious disease, though. Long-term processed meat consumption is associated with increased heart disease, digestive tract cancer, and type 2 diabetes across all demographic groups.

But soon, people may not need to make such drastic dietary changes if they have these concerns. Instead, by eating meat grown in a lab, people could continue to enjoy meat products while gaining some of the major advantages of a vegetarian diet. Strict environmental controls and tissue monitoring can prevent infection of cultures from the outset, and if any do get infected, they could potentially be caught before shipping to consumers. Lab-grown meat can also leverage advancements in biotechnology, eventually including increased nutrient fortification, individually-customized cellular and molecular compositions, and optimal nutritional profiles, giving it the potential to be far healthier than livestock-derived meat.

Additionally, lab-grown meat may successfully resolve long-running ethical dilemmas intrinsic to a carnivorous diet. Many ethicists believe that eating meat results in a great deal of unnecessary pain and suffering for animals. When presented with moral arguments against meat consumption, carnivores outside of academia do tend to agree with the ethicists—though not enough to change their behavior. For example, celebrity chef and noted meat connoisseur Anthony Bourdain struggled mightily with what he perceived as a major contradiction between his morality and his career. Lab-grown meat could allow these people to continue enjoying meat without lingering moral concerns.

Finally, many people simply lack the choice to forgo meat, no matter what their conscience may dictate.

In short, the process’s ethical advantages result from growing in isolation in a dish in an incubator. Muscle cells cannot think or experience anything on their own, and they do not independently develop a brain. Without consciousness, cultured meat cannot suffer. It renders the (previously unavoidable) issue of animal suffering moot, to the same degree that a vegetarian diet would.

Regardless of moral philosophy, what’s less controversial is that conventional meat production exerts a tremendous cost on the environment. It requires 30 percent of the Earth’s surface, as well as one third of its freshwater, while producing 18 percent of global greenhouse gas emissions. It takes 15 to 100 kilograms of plant matter and 41 kilograms of carbon dioxide to produce one kilogram of meat. For many nations signed to the Paris Agreement, “meat and fish companies may be ‘putting the implementation of the Paris agreement in jeopardy’ by failing to properly report their climate emissions.”

Though they disagree on the overall degree, the two existing environmental impact studies (one, two) concur lab-grown meat has the potential to be much more efficient than conventional meat production. It’s important to note these estimates were made in the infancy of meat culturing, before methods have matured, economies of scale have been established, or regulation has begun. As development continues, we can only expect meat cultures to become more efficient and the comparison even more favorable. In fact, the cost of production per kilogram has already dropped by a factor of over 4,000 in just a few years, indicating large initial increases in efficiency and scale. But current cutting-edge techniques still have a lot of room for improvement, too.

Given that roughly 95 percent of the American population eats meat (and approximately 97 percent of the UK), cultured meat stands to have a large customer base. Former vegetarians and vegans usually list boredom, social and logistical difficulties, and meat cravings as the primary reason for adding meat back into their diet; more than 80 percent of vegetarians and vegans go back to eating animal products, the majority after less than a year.

Tofu is the oldest and most popular meat substitute both today and throughout history. It arose in China over a thousand years ago, following the spread of Buddhism into the country. Some Buddhists believe meat shouldn’t be consumed, largely due to animal cruelty. Legend has it that Chinese chefs invented tofu to replace meat in most dishes, calling it “vice mayor’s mutton.” It quickly became popular in China and spread throughout East Asia, where it remains a staple to this day.

Chefs in Asia developed a second substitute in the fifth century CE. By washing and kneading wheat dough until all the starch came out, they produced loaves of gluten, the main protein in wheat. The loaves have a stringy texture and a savory taste, similar to poultry, and became known as seitan. The loaves can be cut and seasoned to closely resemble slices of meat in both taste and texture. Seitan has become a staple in Asian cuisine, referred to as various “mock” meats, most commonly mock duck and mock chicken. Though seitan resembles meat far more closely than tofu, it still doesn’t stand in well for red and processed meats.

Then in the U.K. in the 1990s, food manufacturer Quorn entered the mock meat marketplace. They produce frozen foods made from mycoprotein, a form of protein sourced from single-celled fungi that is easily bound together and pressed into various shapes. Using mycoprotein, they produce substitutes for most processed and frozen meats, including nuggets, burgers, and meatballs, with similar appearances, textures, and flavors. Mycoprotein can only faithfully reproduce the features of these lower-grade frozen meats, limiting the range of their approach.

We’re in the midst of the most recent wave of meat substitute development, which began in the early 2010s. Two companies are attempting to closely replicate the feeling of unfrozen, unprocessed cuts of meat, using burgers as an initial proof-of-concept. The first company, Beyond Meat, uses pea protein mixed with fats in the same proportion as found in ground beef, allowing them to mimic the taste and feel of conventional ground beef and burgers. The second company, Impossible Foods, uses mixes of different protein and fat molecules to find tastes and textures most similar to meats products. They then add plant-derived heme, a molecule in blood that gives it its red color and distinct smell, to give a more natural, bloody aesthetic to their meats. Both of these companies have raised tens of millions of dollars from investors and begun to roll their products out to various grocery stores and fast food chains.

Both of these cultured meat products closely match the appearance, texture, and taste of regular meat, addressing the most common concern about going meatless. Consumers appear to agree: multiple surveys have shown that 40 to 70 percent of people would be willing to switch to cultured meat.

So when we discuss alternatives to conventional meat, we are not discussing a brand-new phenomenon. Cultured meat is the next step in a long development process, and could replace conventional meat with a healthier, more ethical, and more sustainable alternative.

(Source, and for additional information on this topic, please visit: https://massivesci.com/articles/why-lab-grown-meat-cellular-agriculture/) 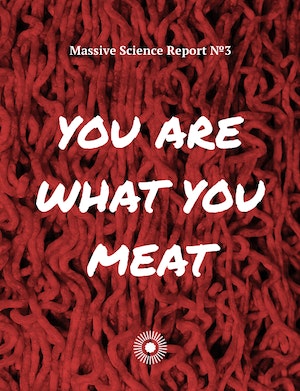 You Are What You Meat

We worked with scientists in the field to explain how we’re growing meats in labs—and when you can eat them. It’s your introduction to the next agricultural revolution.