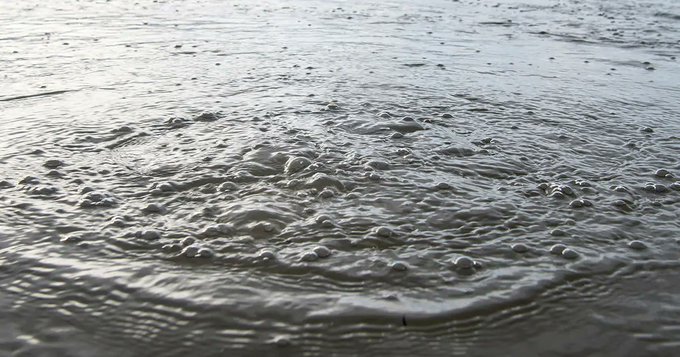 “The lake, about 20 football fields in size, looked as if it was boiling. Its waters hissed, bubbled and popped as a powerful greenhouse gas escaped from the lake bed. Some bubbles grew as big as grapefruits, visibly lifting the water’s surface several inches and carrying up bits of mud from below.”

That’s the terrifying description journalist Chris Mooney gave of Lake Esieh, in Alaska. What, exactly, is it describing? Melting permafrost.

As in, ice and frozen soil deep down that has never thawed; hence the term “perma.”

The concern is this: If Esieh Lake exists, then surely others do, too. And if the permafrost beneath and around other lakes is thawing like it is here, then the resultant carbon dioxide and methane will create what climate scientists refer to as a “feedback loop.” That is, the gases emitted as the formerly-frozen organic and plant matter are broken down make global warming worse. They dramatically speed up the entire, terrifying process — causing even more permafrost to melt. Rinse, repeat.

There are already a number of “thermokarst” lakes in the Arctic permafrost that are spewing methane, but this one is the biggest yet. Each day it emits methane at a rate equivalent to about 6,000 cows.

The scientist who discovered Lake Esieh, Katey Walter Anthony, has studied 300 lakes that are emitting gasses like this, but the sheer size of Esieh really took her by surprise. In fact, she even thought it might explode.

Losing the permafrost even affects what Native peoples have used for generations as an “Eskimo freezer” — burying fresh meat and other foods under the permafrost to store them and keep them frozen until they’re ready to use. Much of those can’t be used the same way any more, because they’re thawing.

Here’s the scientist who discovered Esieh setting fire to methane 10 years ago on a lake she and her team found back then.

(For the video, and the source of this article, please visit: https://bigthink.com/esieh-lake-methane/)