The goats are being airlifted away from Olympic National Park as a result of their weird cravings. 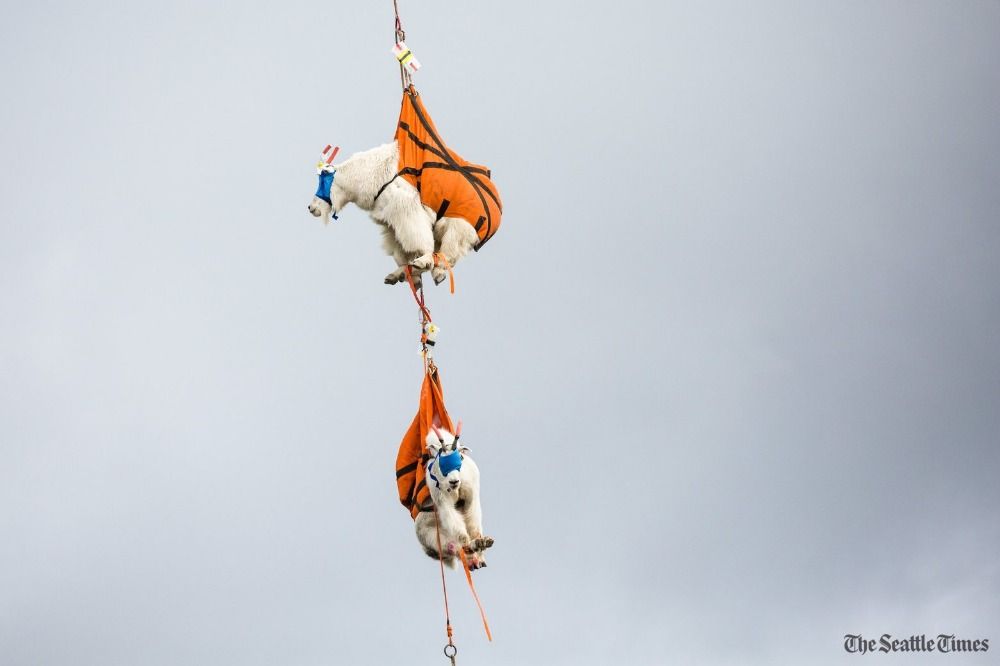 Mountain goats at Olympic National Park in Washington have developed such a taste for human urine and sweat that they’re starting to cause problems. And now, wildlife officials are having them airlifted out of the park and away from areas where humans roam and pee.

It’s not actually the sweat and pee that the goats are after, but what’s inside it. As the park’s “mountain goat management plan” noted:

“Mountain goats can be a nuisance along trails and around wilderness campsites where they persistently seek salt and minerals from human urine, packs and sweat on clothing. They often paw and dig areas on the ground where hikers have urinated or disposed of cooking wastewater.”

The goats were introduced to the area that would eventually become the park about a century ago, but in recent years, their aggressiveness has become a serious problem. The Telegraph reported that one hiker bled to death in 2010 after being attacked by a goat. The animal had stalked the hiker for more than a mile.

At least 375 goats will be airlifted to forests in the North Cascades, with between 275 and 325 others possibly killed in the coming years to further reduce the population, Motherboard reported. Of the 115 goats captured so far, 98 have made it to their new homes. Eight died, three were euthanized and six sent to a wildlife park, per The Associated Press.

“So far, they all seem to be doing well,” Colton Whitworth, a Forest Service spokesman, told AP. “It should be a fairly easy transition.”

The operation will resume next year, The Seattle Post-Intelligencer reported.

(Source of this article, and for a video, please visit: https://www.huffingtonpost.com/entry/mountain-goats-want-urine-sweat_us_5bb1ab4de4b0343b3dc185e3/)