“The impacts on human well being, including mental health, may be catastrophic.” 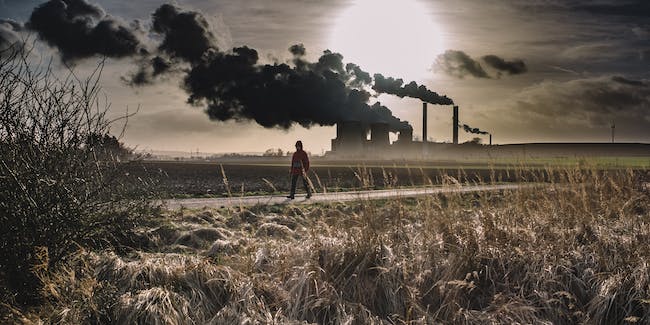 A landmark United Nations report revealed that catastrophic events induced by climate change could become regular occurrences as soon as 2040. In the report, published recently, the UN’s Intergovernmental Panel on Climate Change predicts disastrous effects around the world if greenhouse gas emissions continue to increase at their current rate. Previously, scientists believed these severe consequences would happen if the planet warmed by 2 degrees Celsius; now, the threshold is only 1.5. Another related study, also published recently, highlights the extreme toll climate change has already taken on the human psyche, 22 years before the 2040 warning.

Short-term exposure to extreme weather, multi-year warming, and tropical cyclone exposure are all associated with worsened mental health, scientists affirm in the journal Proceedings of the National Academy of Sciences.

“Our paper — when coupled with evidence that climate change may impact everyday human moods to severe outcomes like suicide — provides further evidence that exposure to heat, on average, worsens mental health outcomes,” study co-author and MIT Media Lab research scientist Nick Obradovich, Ph.D., tells Inverse. Obradovich and his colleagues reached this conclusion by analyzing the mental health data of nearly 2 million Americans, as well as daily meteorological and climatic data taken between 2002 and 2012.

“If we push global temperature rise into the 2 degrees-plus Celsius range, the impacts on human well-being, including mental health, may be catastrophic,” he says.

Flooding caused by Hurricane Katrina. The effects of this storm are examined in the paper.

Between 2002 and 2012, approximately 2 million individuals reported the state of their mental health through the US Centers for Disease Control and Prevention’s Behavioral Risk Factor Surveillance System. Each respondent was asked to report how stress, depression, and “problems with emotions” affected their mental health over a period of 30 days. When Obradovich and his colleagues evaluated those responses alongside data concerning multi-year warming, they discovered that, on average, monthly temperatures hotter than 30 degrees Celsius — or 86 degrees Fahrenheit — were associated with more reports of mental health difficulties, as compared to temperatures closer to 10 to 15 degrees Celsius — or 50 to 59 degrees Fahrenheit.

This is in line with established findings that demonstrate that the world’s communities who are most vulnerable to exploitation and oppression are also the most susceptible to the impacts of climate change. Here, the study authors note that even though they found these effects, they were already pulling data from a wealthy country with a temperate climate. They note that “regions with less-temperate climates, insufficient resources, and a greater reliance on ecological systems may see more severe effects of climate change on mental health.”

(For the balance of this article please visit: https://www.inverse.com/article/49698-climate-change-negative-mental-health/)