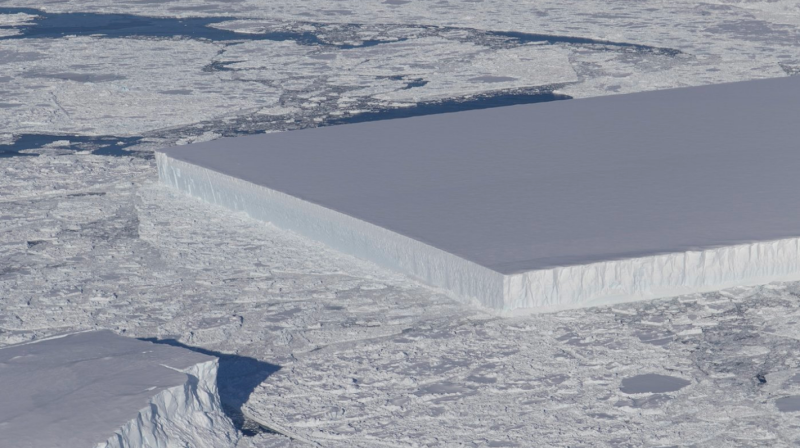 Well here’s something you don’t see everyday: an iceberg so unbelievably geometric in shape you’d think it was deliberately carved with a gigantic chainsaw. Scientists have documented this sort of thing before, but this latest ‘berg, which recently split from Antarctica’s Larsen C ice shelf, happens to be a rather extraordinary example.

What you’re looking at here is a tabular iceberg. Unlike the icebergs of non-tabular variety, such as the irregularly shaped berg that sunk the Titanic, these chunks of ice are distinguished by their flat tops, steep sides, and sometimes massive sizes. At their largest, tabular icebergs can extend for hundreds of miles in length, and reach hundreds of feet below the surface. 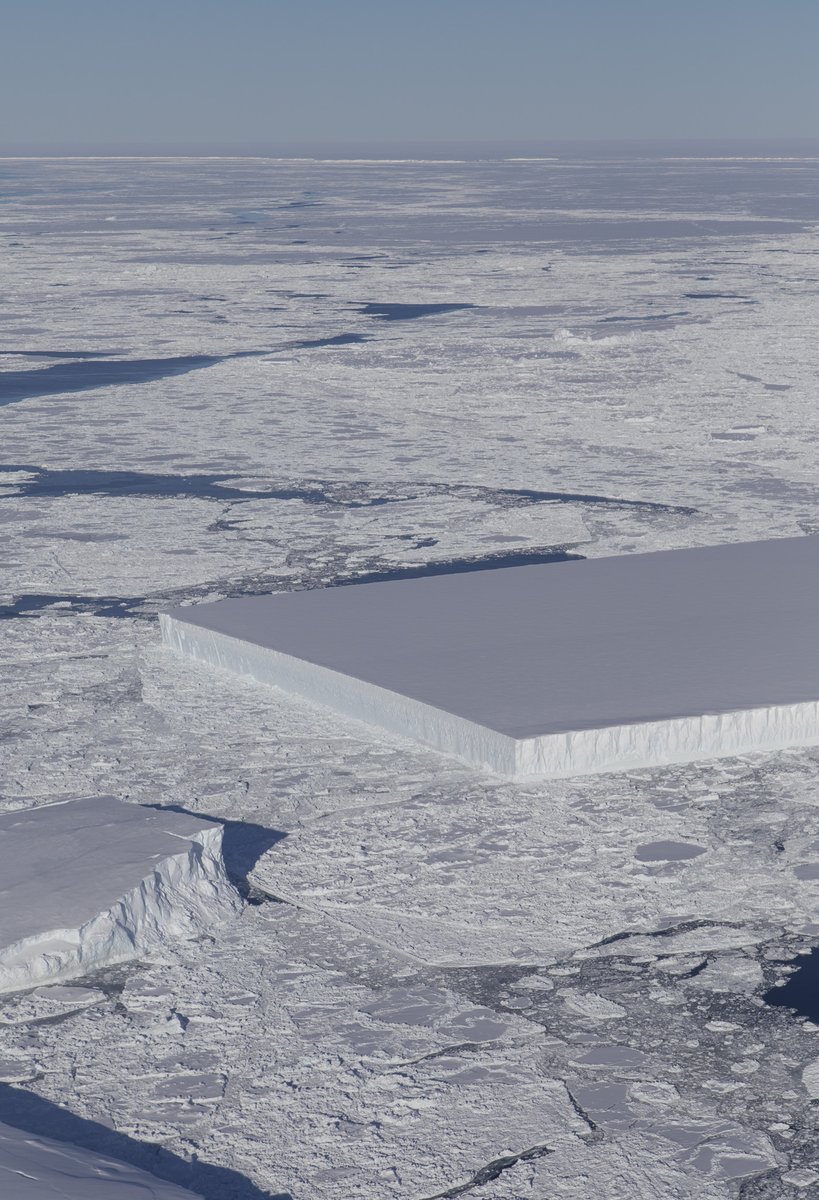 NASA scientists spotted this iceberg in Antarctica on October 16 as part of the Operation IceBridge program—an ongoing mission to monitor polar regions and track the planet’s global climate system.

Tabular icebergs are the remnants of calving events, where a large strip of ice breaks free from an ice shelf. In this case, an uncannily square-shaped iceberg broke away from Larsen C, the same ice shelf that produced the gigantic A-68 iceberg back in July 2017. Based on its relatively smooth edges and pristine condition, this berg likely only calved very recently, according to NASA.

Speaking to LiveScience, University of Maryland Earth scientist Kelly Brunt compared calving events to a long fingernail that eventually snaps off at the end; the process often results in seemingly perfect geometric edges. This berg hasn’t been measured yet, but Brunt says it’s about one mile across (1.6 kilometers), which isn’t not particularly large. By contrast, iceberg A68’s surface area measured some 2,240 square miles (5,800 kilometers) at the time of calving. Brunt added that only about 10 percent of the iceberg’s mass is visible, the rest being underwater. So what you’re seeing here is only the tip of the…uh…you know what.

Needless to say, this photograph isn’t telling us the whole story. It’s doubtful the entire iceberg is perfectly geometric throughout. But who cares—this photo is an instant classic.

(For the balance of this article, plus videos of ice movements, please visit: https://earther.gizmodo.com/this-weirdly-geometric-iceberg-is-freaking-us-out-1829917119/amp/)