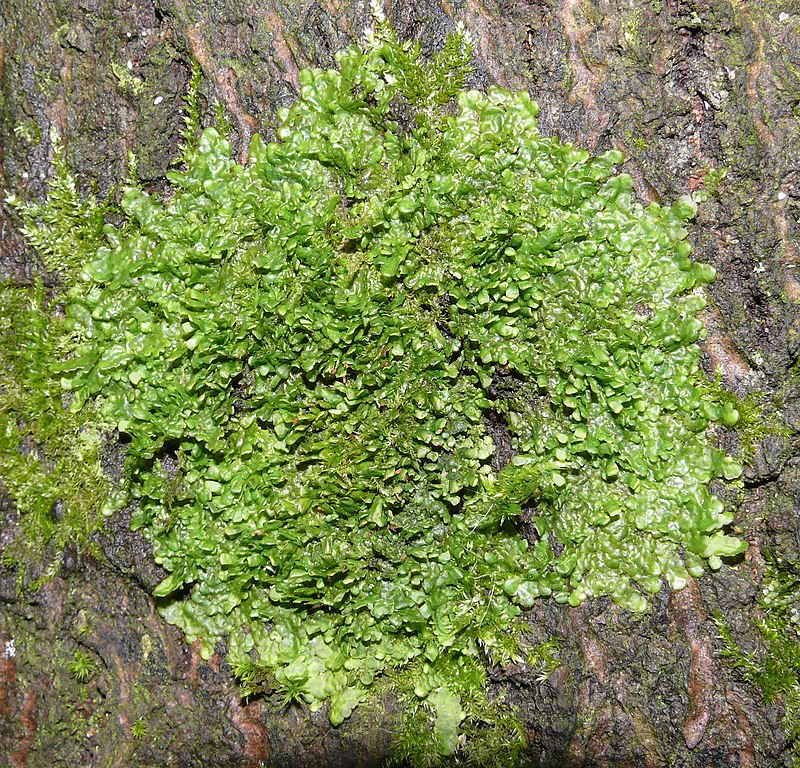 Move over, marijuana: Scientists have their eye on a THC-like psychoactive chemical found in the unassuming, lumpy Radula, a group of plants in the liverwort family. That’s not to say that some people weren’t already aware of its existence, though. Dried Radula is sold online as “incense,” and some liverwort users say it’s like a legal form of cannabis. In the paper published recently in Science Advances, Swiss researchers show just how close to cannabis it actually is.

The team behind the study examined a molecule found in various species of Radula and found that it really is very similar to THC (also known as (−)-trans-Δ⁹-tetrahydrocannabinol), the most well-known psychoactive ingredient in marijuana. The molecule, called (−)-cis-perrottetinene — cis-PET for short — is so similar to THC that its effects on mouse brains are similar.

Jürg Gertsch, Ph.D., a professor of biochemistry and molecular medicine at the University of Bern in Switzerland, is one of the corresponding authors on the paper. He explains that the differences between THC and cis-PET are quite small.

“These compounds are very similar and only differ at one atom in their 3D organization, and cis-PET has an additional benzyl ring at the end of the chain,” Gertsch tells Inverse. In simple terms, just a couple small differences in molecular structure separate cis-PET from THC. This similarity doesn’t just show up in the chemistry lab, though. It also plays out in the brain.

THC (left) is not that different from cis-PET (right), which is found in some species of liverwort.

There’s plenty of chatter on internet drug forums about using Radula as a legal high, but there’s not much scientific research on the plant, which is native to New Zealand and Tasmania. To explore how cis-PET affects the brain, Gertsch and his colleagues injected it into the abdomens of mice and observed how it interacted with 44 different targets in the central nervous system. The compound, they found, binds and activates cannabinoid receptors in the mouse brains, much like THC and other cannabinoids, though not as strongly.

The study’s authors say this evidence indicates that with more research, cis-PET could end up being a promising cannabinoid alternative to THC, one that doesn’t require the cultivation of cannabis.

Erick Carreira, Ph.D., a professor of organic chemistry at ETH Zurich, and Michael Schafroth, who is currently a research associate at the Scripps Research Institute but worked on the project while at ETH Zurich, say this will be subject for further studies.

“Perrottetinene reduces the levels of some important prostaglandins in the brain. This is in sharp contrast to THC, which has been reported to increase the concentrations of these compounds,” Carreira and Schafroth told Inverse in a joint statement. “These prostaglandins are connected to many physiological processes, and elevated levels play a role in different disease mechanisms, e.g. neuroinflammation or vasoconstriction, but are also connected to adverse side effects when consuming THC.” So by pursuing cis-PET as a potential medicine, they hope they can eliminate some of the negative side effects of THC. This is a long way off, though.

“It is unclear whether Radula as liverwort would be useful medicinally,” says Gertsch. “We think the natural product cis-PET could, in theory, be a better version of THC, as it might have less side effects and superior anti-inflammatory effects in the central nervous system. 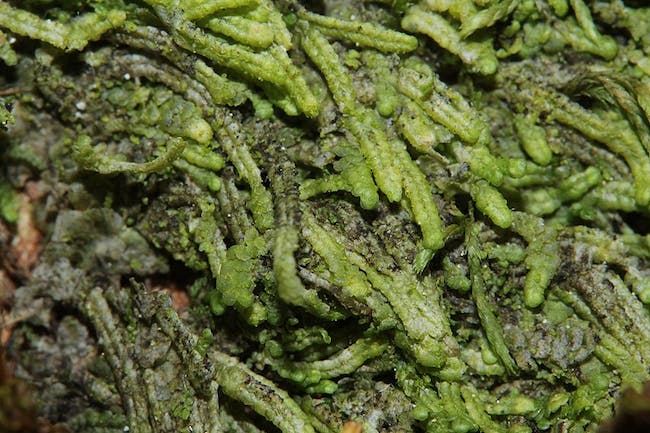 Radula: Not as pretty as marijuana, but perhaps just as potent.

Their next steps will be to conduct more extensive animal testing to figure out how it compares to THC as a medicine. Then come lengthy human trials. So even if Radula-based cannabinoids eventually show up in pharmacies, it won’t be for years. In the meantime, keep in mind Gertsch’s warning that we don’t know a lot about cis-PET — and that it sucks for getting high.

“Cis-PET is a poor recreational drug which reflects also the different opinions about the liverwort as a legal high on the internet,” he says.

(For the source of this article, plus a video and additional information, please visit: https://www.inverse.com/article/50142-can-i-smoke-liverwort-to-get-high/)