The quick test would be a breakthrough in cancer treatment. 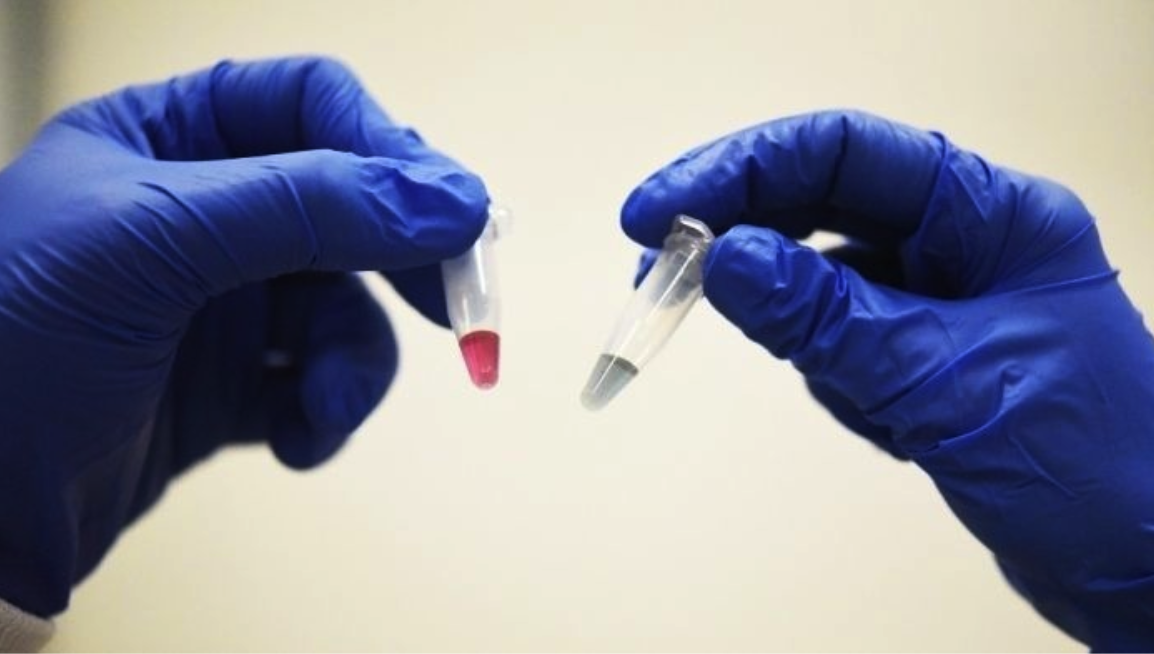 Australian researchers claim in a new study that they developed a 10-minute test that’s capable of finding cancer cells at any location in the body. If further testing achieves the same results, this accomplishment could be a real breakthrough in fighting cancer.

The potential for quick diagnoses could help detect and treat cancer early, potentially helping the outcomes for millions of people. The test works by looking for a unique DNA nanostructure that seems to be common to all types cancers. What’s especially remarkable is that the variability of cancers makes finding one simple signature shared by them all very complicated.

The study carried out by researchers Dr Abu Sina, Dr Laura Carrascosa and Professor Matt Trau from the University of Queensland, looked for common markers in cancers that would be different from healthy cells.

“This unique nano-scaled DNA signature appeared in every type of breast cancer we examined, and in other forms of cancer including prostate, colorectal and lymphoma,” said Dr. Sina. “The levels and patterns of tiny molecules called methyl groups that decorate DNA are altered dramatically by cancer – these methyl groups are key for cells to control which genes are turned on and off.”

Dr. Carrascosa explained that the team made a tool that can look at what changes happen over the entire genome level of cells. In particular, what they noticed is that methyl groups in a healthy cell can be found across the whole genome while in cancer cells the genomes “are essentially barren except for intense clusters of methyl groups at very specific locations.”

The team found that when clusters of methyl groups are placed in a solution, the cancer DNA fragments folded into unusual three-dimensional nanostructures. What’s more – these could be made to separate if stuck to gold and other solid surfaces. This breakthrough led to the development of a test using gold nanoparticles that can change color to show if the cancer DNA is present.

Dr. Tau from the team said “this led to the creation of inexpensive and portable detection devices that could eventually be used as a diagnostic tool, possibly with a mobile phone.”

This tech has proven to be 90% accurate when used on a group that included 200 human cancer samples and normal DNA. The diseases detected included breast, prostate, bowel and lymphoma cancers.

The researchers are urging caution, saying they don’t know yet if what they created is “the holy grail for all cancer diagnostics.” Other scientists have also expressed some skepticism, pointing to the fact this type of testing can produce false positives, leading to more expensive testing. The test is also unable to show how severe the extent of the disease is.

Despite the reservations and competitors, like a recent initiative from Johns Hopkins University to create a quick $500 blood test, the Australian researchers are optimistic that their find of “an incredibly simple universal marker of cancer” can result in “an accessible and inexpensive technology that doesn’t require complicated lab-based equipment like DNA sequencing,” Professor Trau shared.

Such technology could be particularly useful in rural or underdeveloped areas, where additional medical resources are not available. It can also be useful in monitoring for re-appearances of cancers.

Clinical trials on humans are next for the team.

Check out their new study in Nature Communications magazine.

(For the source and balance of this article please visit: https://bigthink.com/surprising-science/scientists-create-10-minute-test-that-may-be-able-to-detect-cancer-anywhere-in-the-body/)