There might be hope for our oceans, thanks to one clumsy moment in a coral tank. 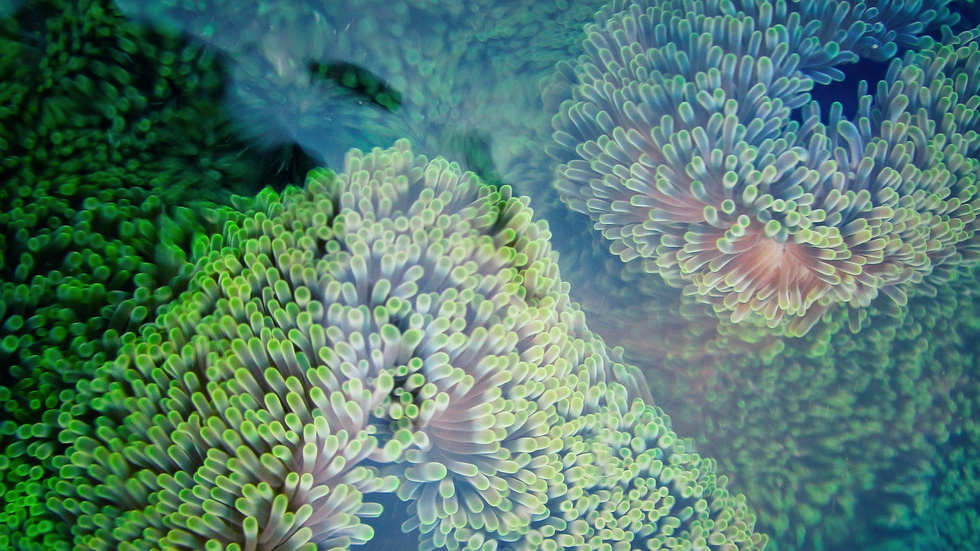 The news has not been encouraging as of late if you are one to pay attention to either climate change or The Great Barrier Reef: coral reefs are an incubator of the ocean’s ecosystem. They account for less than 1% of the ocean and yet manage to provide food and shelter to over one quarter of all marine species in the ocean, as well as support fish that ultimately feed over one billion people. This is why it was distressing to note — in addition to the world losing Ruth Gates, a scientist renowned for her advocacy for saving coral reefs — that two thirds of the Great Barrier Reef in Australia — the largest living structure in the world — had in effect been killed off as of last year (a process called ‘bleaching’) by the rise in temperature brought about by global warming and climate change.

This is why it’s worth noting and celebrating that Dr. David Vaughan of the Mote Marine Laboratory in Florida has found a way to make coral grow 40 times faster than coral currently does in the wild.

“He had been trying to remove a coral from the bottom of a tank when it broke into a dozen pieces. To his shock, all of the pieces regrew to the same size in just three short weeks, as opposed to the three years it had taken to grow the original coral.”

It typically takes coral 25 to 75 years to reach sexual maturity. Instead, through a process of ‘breaking up’ the coral, Doctor Vaughan has seen the timeline shrink to three years and seen results that will lead him to share the information with conservationists all around the world, with the hopes of planting 100,000 pieces of coral around the Florida Reef Tract by 2019 and millions more around the world in the years to come. (You can read about one volunteer’s experience assisting with growing and planting coral in Florida with Vaughan here.)

At worst, the method led by Vaughan is something that will buy conservationists more time. At best: this is the beginning of a solution. A former intern of Vaughn’s commented on Reddit, adding a very useful note to indicate that Vaughan “has been essentially adjusting the coral frag[ments] to more acidic and warm water to better prepare them for our changing climate.” This appears to be what makes the process Vaughan describes unique, as the process of fragmenting coral to encourage growth has been around since at least the 1960s. “This is now a new discovery that can give real hope for our coral reefs that has never been there before,” Vaughan said to BBC One. “We tried [this process] with all the other species of corals in the Florida Keys and it works for them all.”

The viral video from BBC One has resurfaced this important work — The Atlantic visited Vaughan to highlight his work in 2016 and The New York Times flagged his work in 2014. As Bill Causey — a coral expert — told The New York Times in 2014: “this [the work being done by Vaughan] is easily the most promising restoration project that I am aware of.”

(For the source of this article, and to see two videos associated with it, please visit: https://bigthink.com/surprising-science/fast-growing-coral-discovery-could-revitalize-oceans/)