Researchers find an amazing amount of often-weird forms of life below the planet’s surface. 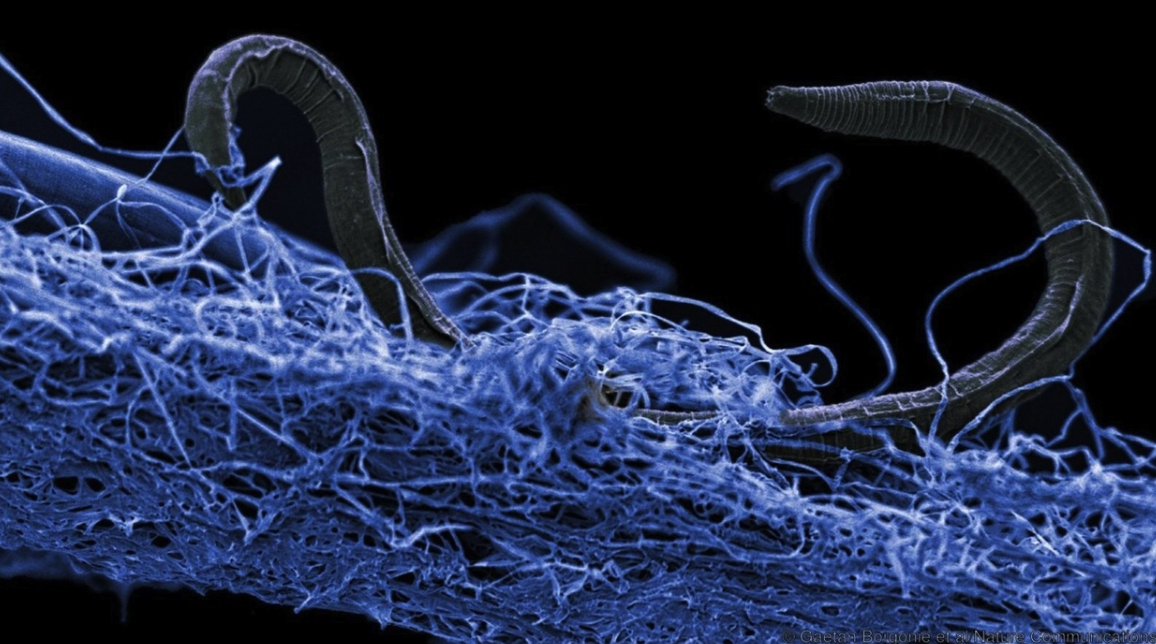 Much more life exists below the Earth than above it, concluded an international team of researchers from the Deep Carbon Observatory (DCO). In fact, about 16.5 to 25 billion tons of microorganisms dwell under the planet’s surface. That’s hundreds of times more than the combined weight of all the humans on Earth.

The scientists got their results by looking at a multitude of locations around the world, from exploring boreholes as much as 5km (3.1mi) deep, drilling 2.5 km (1.6mi) into the seafloor and getting samples from continental mines. The researchers estimate that the overall size of the underground ecosystem is twice the volume of all of the planet’s oceans (measuring 2 to 2.3 billion cubic km).

Who are the inhabitants of the so-called “deep biosphere” or “Deep Earth”? Tons of barely living “zombie” bacteria, microbes called “archaea” and other (often weird) forms of life. We are talking about creatures like barbed Altiarchaeales that prefer to reside in sulphuric springs or the single-celled Geogemma barossii that make home inside 121°C hydrothermal vents on the seafloor.

“These organisms have likely been on Earth operating for billions of years and driving many of Earth’s geochemical systems that have led to the habitable world we now enjoy,” explained one of the researchers Karen Lloyd, an associate professor at the University of Tennessee in Knoxville, to Inverse.

Such tiny forms of life often subsist on very little, like the energy from nearby rocks or gases like hydrogen and methane. Yet, some can live for thousands of years, existing in near-stasis except for being moved during major shifts like earthquakes or eruptions.

The study was led by Cara Magnabosco of the Flatiron Institute Center for Computational Biology, New York and included other researchers from the DCO. The Deep Carbon Observatory is a collective of 1,200 scientists from 52 countries, working in a wide range of disciplines from geology and physics to chemistry and microbiology. The 10-year initiative concludes next year, while the current study was presented at the annual meeting of the American Geophysical Union.

“It’s like finding a whole new reservoir of life on Earth,” said Karen Lloyd,”We are discovering new types of life all the time. So much of life is within the Earth rather than on top of it.”

The sheer amount of life below can be compared to studying rich ecosystems like the Galapagos Islands or the Amazon rainforest, stated the scientists.

You can read their new study published by the American Society for Microbiology here.

(For the balance of this article please visit: https://bigthink.com/surprising-science/life-inside-earths-deep-biosphere/)