Going mad with Christmas cheer? Try one of these alternatives. 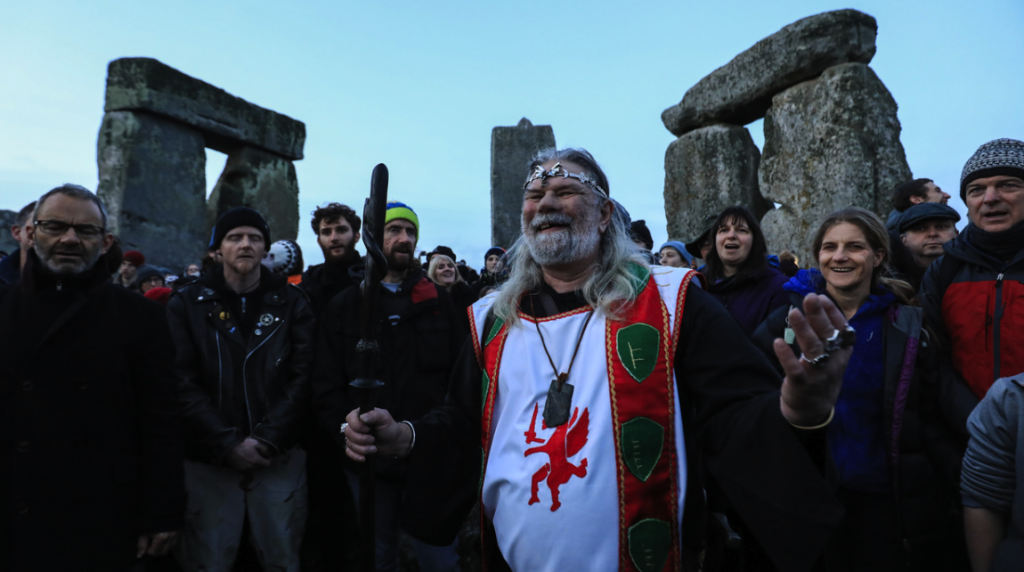 Christmas can be maddening. Between the endless barrage of tacky songs, rampant commercialization, and saccharin sentimentality, some of us can’t wait for it to end.

Others have taken a bolder stance, however, and created new holidays for themselves. These holidays are celebrated with varying degrees of seriousness and good humor, but do offer alternatives to Christmas and the issues many people have with it. From the secular to the silly, here are five of the best.

Representing the shortest day of the year and the beginning of a long trudge back to days with reasonable amounts of sunlight, the winter solstice has been celebrated since time immemorial. Recently, the holiday has been taken up again by a wide variety of people for an even wider range of reasons. Those who celebrate it include neo-pagans, non-theists, and those in need of a break from Christmas.

Celebrations can vary dramatically. Common practices include feasting, attending secular parties, undertaking elaborate rituals of rebirth, and gathering at Stonehenge to watch the sun pass by. The hemispheric event that prompts the holiday has been used by many cultures for their holidays, and the people turning to it today continue a long tradition of making it their own.

On December 25th many people celebrate the birth of a man whose radical thinking changed the world forever, who showed humanity the light and lead us into a new age. While many have turned away from his thinking, the influence he had on the world is unmatched by another other thinker, sage, or prophet.

That man was Isaac Newton. Were you expecting somebody else?

Dating back to a meeting in 1890, the holiday is only half serious. Named by The Skeptic’s Society when they realized they needed another name for their annual Christmas party, celebrations including wishing people “reason’s greetings,” eating apples, and gifting others science related items. Since Newton’s birthday is technically on January 4th on our modern calendar, some celebrate the holiday over ten days. The following for the holiday is growing, and it was once featured on The Big Bang Theory.

A holiday explicitly created for humanists who wanted an alternative to Christmas, HumanLight dates back to 2001. Created by the New Jersey Humanist Network, the holiday has attracted some attention over the years and has a decent following. This year, at least 18 large celebrations are planned.

Typically observed on the 23rd , the holiday is celebrated anyway you want. Holiday co-founder Gary Brill tends to celebrate with family, but others exchange science books and throw large festive parties. There is a general agreement that candles should be burning, and the event should be open to everybody. While many people are happy to have a secular alternative to Christmas, some non-theists have written on why the holiday might be a bad thing; showing that every holiday has a Grinch.

The Flying Spaghetti Monster reaches out to Adam. Public Domain.

Several leading officials of the Pastafarians have erected holiday displays at state capitals and are celebrating the increasing acceptance of their faith as evidenced by people saying “Happy Holidays” instead of “Marry Christmas.”

Created by the father of television writer Dan O’Keefe, Festivus was made famous by its appearance in the classic Seinfeld episode The Strike. The television form of the holiday was created in response to the commercialization of Christmas and is celebrated by many people today both for a laugh and as an anti-consumerist statement. It is typically observed on December 23rd.

There is no tree, only an unadorned aluminum pole (since tinsel is distracting). Other celebrations practiced by the orthodox include the “airing of grievances” and “feats of strength.” More than a few people celebrate the holiday, which has a website. Not least among the people who celebrate is former Wisconsin governor Jim Doyle, who gave his pole to the state historical society.

(For the source of this article, and to watch three videos associated with it, please visit: https://bigthink.com/culture-religion/alternative-holidays-to-christmas/)