Is microdosing magic truffles a way to unlock your creative potential? That’s long been anecdotal, but the evidence is coming. 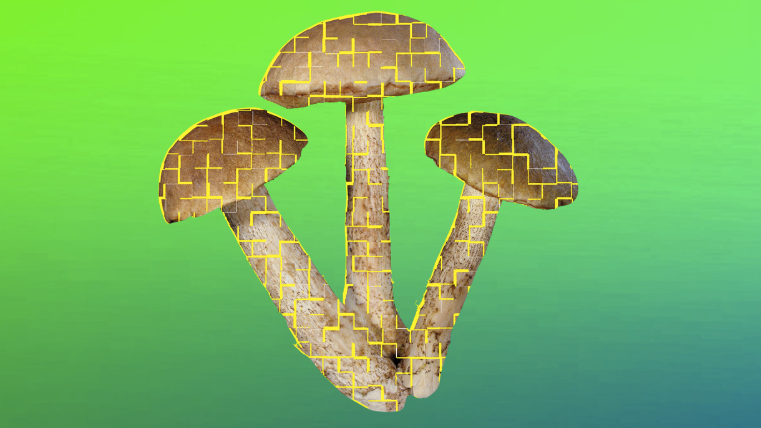 What is microdosing anyway?

Psychologists James Fadiman and Sophia Korb have compiled more than 1,500 reports detailing individual experiences with microdosing. Based on their research, they define microdosing as when a user takes a small amount of a psychotropic drug, such as LSD, peyote, or magic truffles. A typical microdose lands between one-tenth and one-twentieth of a recreational hit.

As with any drug, effective dosages vary based on the individual’s metabolism and tolerance. The microdoser’s aim is to take just enough of the substance to heighten mental activity and create a feeling of calm energy, but not enough to hallucinate. If the door’s wood grain morphs into a visage of a Gene Wilder-looking mango giving them the double guns, they’ve overshot the micro mark and adjust the dose.

Most microdosers follow a regiment of one day on, two days off. Others only imbibe when they feel it would be useful for a particular project.

The study, led by PhD student Luisa Prochazkova under the supervision of Dr. Bernhard Hommel, took place at an event organized by the Psychedelic Society of the Netherlands. Thirty-eight volunteers were asked to perform three tests: a picture concept task, an alternative uses task, and a progressive matrices task.

The picture concept task required participants to find a common association among several objects, while ruling out inappropriate ones. The alternative uses task asked the participants to conceive of as many uses for a common household object as possible within a time limit. Taken together, these two tests measured the participants’ convergent and divergent thinking skills, both signs of creativity and elastic thinking.

The progressive matrices task tested the participants’ fluid intelligence, which is a person’s ability to solve problems with reason and logical thinking.

After the first round of tests, participants were given 0.37 grams of dried magic truffles and repeated another set of tests. The results were significant.

“[O]ur results suggest that consuming a microdose of truffles allowed participants to create more out-of-the-box alternative solutions for a problem, thus providing preliminary support for the assumption that microdosing improves divergent thinking,” Prochazkova said in a statement. “Moreover, we also observed an improvement in convergent thinking, that is, increased performance on a task that requires the convergence on one single correct or best solution.”

The study showed no significant difference on fluid intelligence.

If your brain reaches this level of creativity, you may have overshot the microdosing mark. Photo: Flickr.

Other tests have shown microdosing psilocybin mushrooms can have other efficacious results.

A study published in The Lancet had participants take psilocybin capsules to combat depression alongside supportive therapy. The participants, who had proven to be treatment resistant beforehand, reported improvement in their symptoms. The researchers expressed hope that psilocybin’s chemical structure, which is unique from traditional antidepressants, will open up new avenues for treatment.

A similar study from the University of Zurich found that psilocybin inhibits the brain’s limbic system, an area associated with controlling emotions and instinctual urges. By slowing down the amygdala specifically, the drug repressed negative emotions in patients and improved their moods.

Yet another study from Johns Hopkins University suggested that magic truffles could weaken nicotine addiction and help smokers quit.

Tying these studies together is one published in PNAS. It looked at patients high on psilocybin while they were in an fMRI machine. The scans revealed that the compound not only inhibits the limbic system but also the prefrontal cortex and posterior cingulate cortex, areas associated with personality expression, filtering stimuli intake, and intrinsic control.

This proved counter to what many assume is responsible for the magic in the mushrooms—rather than ramping up the brain’s activity to 11, psilocybin throttles activity down to a crawl. The disconnection between these specific areas of the brain could explain why psilocybin not only lessens depression but, which taken at a high enough dose, also leads to hallucinations and feelings of oneness with the world.

“The results seem to imply that a lot of brain activity is actually dedicated to keeping the world very stable and ordinary and familiar and unsurprising,” Robin Carhart-Harris, the study’s lead author, told Time. “It shuts off this ruminating area and allows the mind to work more freely.”

Limitations to studying the expanding mind

But don’t rush out to ask your 16-year-old cousin for his dealer’s number. Not just yet.

The Psychopharmacology study lacked several strict experimental controls, making it a preliminary study and far from the final word. It had a small sample size (only 38 participants), provided no control group, did not look for a placebo effect, and neither researchers nor participants were blinded to the use of psilocybin. It is also possible that participants improved simply because they had taken the test beforehand.

The other studies mentioned also lacked these controls, especially with regard to small sample size and not looking at long-term effects.

Of course, the authors of the Psychopharmacology study are upfront about these limitations and recommend future studies have “lab-based randomized double-blind placebo-controlled experimental designs” that take the subjective experience into account.

While these studies suggest magic truffles deliver on their mind-expanding promises, at the moment that remains a suggestion at best. Further and much more rigorous research must be performed before we can say magic truffles can definitively increase creativity and relax our inner critics. Should that day never come, there’s always the Overmind to look forward to.

(For the source of this, and other related articles, please visit: https://bigthink.com/mind-brain/magic-truffles-increase-creativity/)