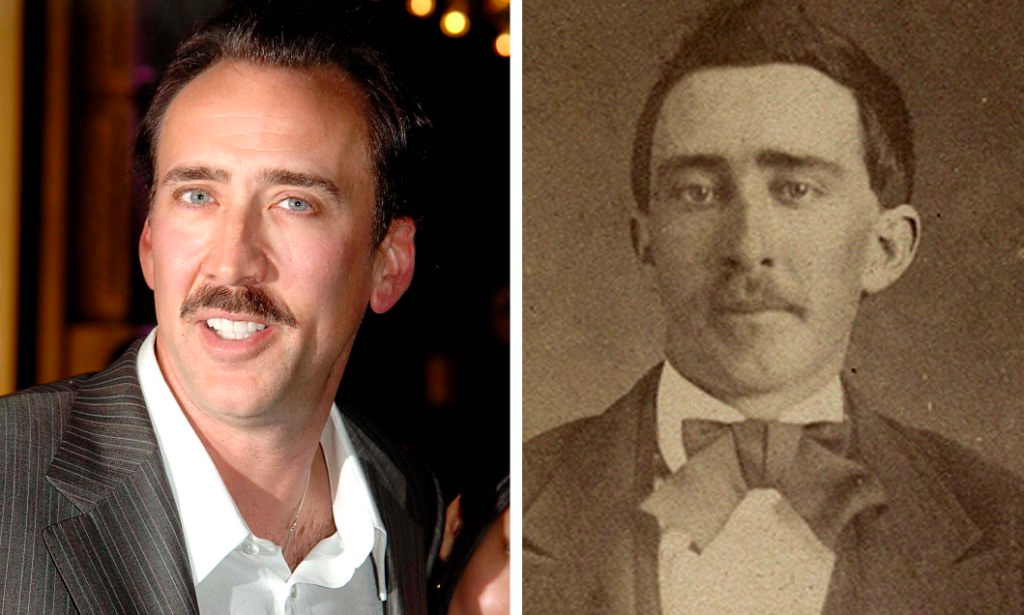 People have many misconceptions and strange theories about twins and people who look alike. One great one courtesy of the Internet claimed that Nic Cage is actually a vampire on account of a Civil-War-era photo of a man looking remarkably like Cage. Another, more down-to-earth conjecture about twins that’s been discussed considerably by researchers has been the idea that the personalities of identical twins would be similar because they get treated the same way by others on account of looking alike. It turns out that’s also a myth, finds a new study.

In an ongoing project to identify the factors that affect personality, researchers looked at just how much effect social interaction with others can have on people who look the same. The team, led by Nancy L. Segal, professor of psychology and director of the Twin Studies Center at California State University, Fullerton, started off by connecting with the Canadian photographer François Brunelle, who was famous for taking pictures of people who resembled each other over many years.

By analyzing 45 pairs who looked like each other, Professor Segal wanted to understand if their personalities were similar as if they were identical twins. Otherwise, she reasoned, if they didn’t show many traits in common, it would mean that genetic factors contribute more strongly to personality formation.

The study participants (called U-LAs for “unrelated look-alikes”) had the mean age of 42.42 years, ranging between 16 and 84 years old. Each pair completed the French Questionnaire de Personnalite au Travail, which produces a score on the five measures of personality: stability, openness, extraversion, agreeableness and conscientiousness. The subjects also answered items from the widely-used Rosenberg Self-Esteem Scale. Social relatedness was gauged via the Social Relationship Inventory, adapted from the Twin Relationship Survey (completed by twins in the Minnesota Study of Twins Reared Apart).

Segal discovered that the participants showed very little similarity in either personality traits or self-esteem. This proves, according to Segal, that the similar personalities of identical twins arise from their shared genes. It’s nature’s doing. Genes largely shape personality and self-esteem, “rebutting the notion that personality resides in the face, ” as the research paper states.

The study also tested for “social closeness,” finding that people who look alike shared fewer feelings of closeness and familiarity than compared to identical or fraternal twins, whose closeness tends to grow with time.

“It is likely that perceptions of behavioral resemblance are vital in order to sustain meaningful social relations, whereas physical resemblance is far less effective,” write the researchers.

Interestingly, in a 2013 part of the study, the researchers did conclude that people treat identical twins more alike than they do fraternal twins. The cause of this may be that the identical twins evoke similar responses from people because of personality traits, which are genetically-influenced, and other behaviors.

Dr. Nancy L. Segal, the study’s lead author, has been focused on twins in a number of studies, looking at such topics as the twin children of the Holocaust, Olympic twin athletes, twins who were reared apart and fraternal twins.

For a deeper look a the science related to twins, please check out the fascinating Tedx talk by Nancy Segal:

Twins tell us about our humanity – who we are and where we came from, says Nancy Segal in her fascinating and entertaining talk.

(For the source of this article, and to see the video presentation of the talk by Nancy Segal, please visit: https://bigthink.com/surprising-science/study-of-genetically-unrelated-twins-refutes-popular-personality-theory/)