Home
News
Are cats jerks? Or are YOU the jerk?

A new study from Oregon State University makes it clear: it’s you. 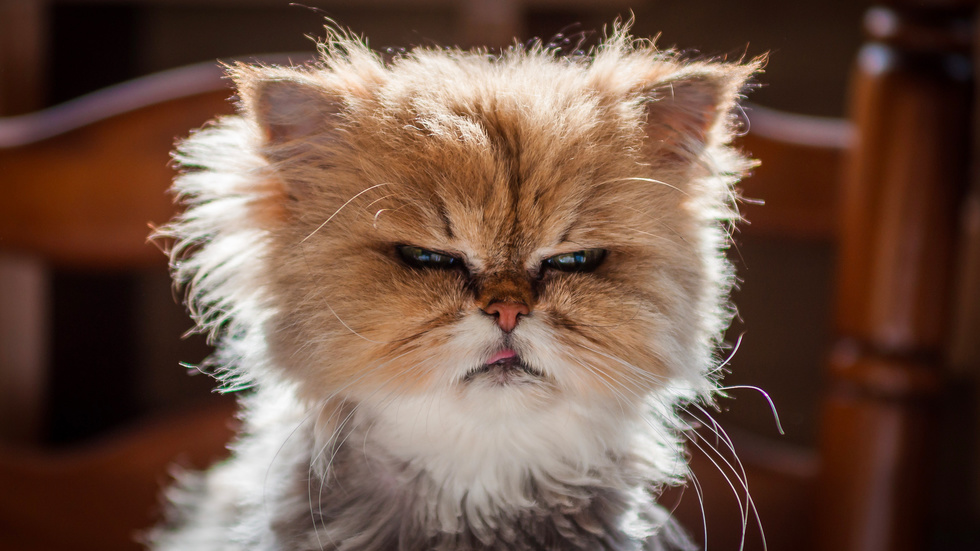 This weekend, my wife and I visited the San Diego Zoo. Having grown up nearby, she visited often as a child, though it was my first time. While I generally avoid zoos, this particular one is a leading conservation institute. While a sense of overbearing voyeurism inherent in the zoo process persists, at least my money supported beneficial projects. Plus, where else am I going to see baboons?

For the most part, the animals seemed content, or at least not distressed. Except one: the jaguar. When I passed by, two small children were plastered against the glass partition, the jaguar pacing back and forth seeking an exit ramp. Smiling parents snapped photos, laughing as their kids smacked the glass in an attempt to gain the jaguar’s attention. “Look, he wants to play!” one mother commented.

No, that’s not what the cat wanted to do. I wasn’t sure if the mother was just reassuring her son no ill will would befall him or she really was that ignorant. I heard many odd ideas about what the animals were doing throughout the day. That’s the danger of anthropomorphizing other species: we usually get it wrong.

Forget wild animals, we misunderstand domesticated breeds all the time. I’m not sure how many times someone has told me that house cats are aloof, but any cat guardian that takes the time to form a relationship with their housemates will quickly laugh that one away. For example, the picture below is where our three cats spend most of the day while I work at my laptop.

Considering all three are males, it’s not always this peaceful. Every night we have to separate them; either two of them sleep on our bed, or just the Maine Coon, Magellan, the most territorial of them all. Every morning includes lap time or they get irritated. To claim that cats aren’t social is simply a way to claim your ignorance about this particular animal.

Which is the topic of a new study, conducted by researchers at Oregon State University and published in the journal Behavioral Processes. In the first experiment, a total of 46 cats were studied, 23 at a shelter and the other half in their own homes. A stranger sat in the middle of the room, ignoring the cat for two minutes before spending the next two showering them with attention. The second study followed the same protocol, though with their guardians, not strangers.

Regardless of whether it was guardian or stranger, cats are more social when humans pay attention to them. As lead author of the study, Kristyn R. Vitale, says:

They’re pretty human in that sense. The more you pay attention to someone, the more likely they are to interact with you. Of course, there are a few things to consider:

Territory is generally secondary with dogs, who prefer to be around their owner most of all. In fact, treating cats like dogs is likely the main reason many people are ignorant about feline social behaviors. As Jackson Galaxy writes in Total Cat Mojo:

Part of the issue is that we, perhaps subconsciously, look at cats through dog-colored glasses; that is to say, we expect them to communicate with us in a way that we can instantly recognize. As you can guess by now, that expectation goes against the entire history of our relationship to cats.

For example, meet a dog in the street and you’ll likely pet them on their head, neck, pretty much anywhere within reach. You can’t just pet a cat wherever you’d like, nor is it smart to scratch one from above or behind without establishing a frontal nose-to-finger relationship first. Some cats are quickly stimulated; an “innocent” neck scratch turns into an opportunity for biting.

So don’t be surprised when you’re at the receiving end of a claw for petting a cat on the rear. It’s not the cat being a jerk. It’s you.

Because, like humans, cats like to maintain control of their environment. As Mike Delgado, who studies cat behavior at UC Davis, says:

“It’s a cool study, and it does show that when we’re attentive to cats, they are interested. Even in the attentive phase, the cat had a lot of control, and that’s really what we think they like — the ability to leave. It’s not that they’re aloof. It’s just that they want choice.”

Upbringing is also a major component. My Russian Blue, Osiris, is nearly 19 and still burrows into my chest and neck with his head, a likely sign that he was separated from his mother too young. This makes sense, given that I rescued him from a Lower East Side storefront when he was just two months old. Our purebred three-year-old Doll Face Persian, Baltasar, who we rescued when abandoned by his owner six months ago, never lived on the streets; he shows no similar behavior.

Thinking a cat is aloof or mean is a matter of not knowing their history. Even for cat owners there is an important educational component. For example, site swapping newly introduced cats sets the rhythm for future success in maintaining a harmonious household; providing plenty of scent soakers is essential, while giving tree dwellers plenty of climbing apparatus is beneficial for their emotional well-being.

If you want to maintain a good relationship with the animals you bring into your home, learn to speak their language; don’t expect them to learn yours. As the researchers conclude:

Together, this body of research indicates domestic cats can detect human attentional state and modify their behavior in response, demonstrating they are sensitive to human social cues and tend to be more social when presented with an attentive human.

Translation: be a jerk and you produce jerk cats. That’s a choice, not destiny.

(For the source of this, and other related cat-type articles, please visit: https://bigthink.com/surprising-science/are-cats-jerks-or-is-it-you-who-is-the-jerk/)