Scientific research continues to uncover interesting connections between the gut microbiome and human health, including everything from depression to PTSD to autoimmune disease. Another example of this are the emerging ties between gut health and autism, with an exciting new study demonstrating how boosting microbial diversity via fecal transplants can dramatically reduce its symptoms in the long term.

One in every 59 children born in the US is diagnosed with autism, according to the Centers for Disease Control and Prevention, and unfortunately for many of them, chronic gastrointestinal issues are a harsh reality of their condition. According to scientists at Arizona State University (ASU), who conducted the new study, around 30 to 50 percent of autism sufferers experience serious gut problems like constipation, diarrhea and stomach pain. 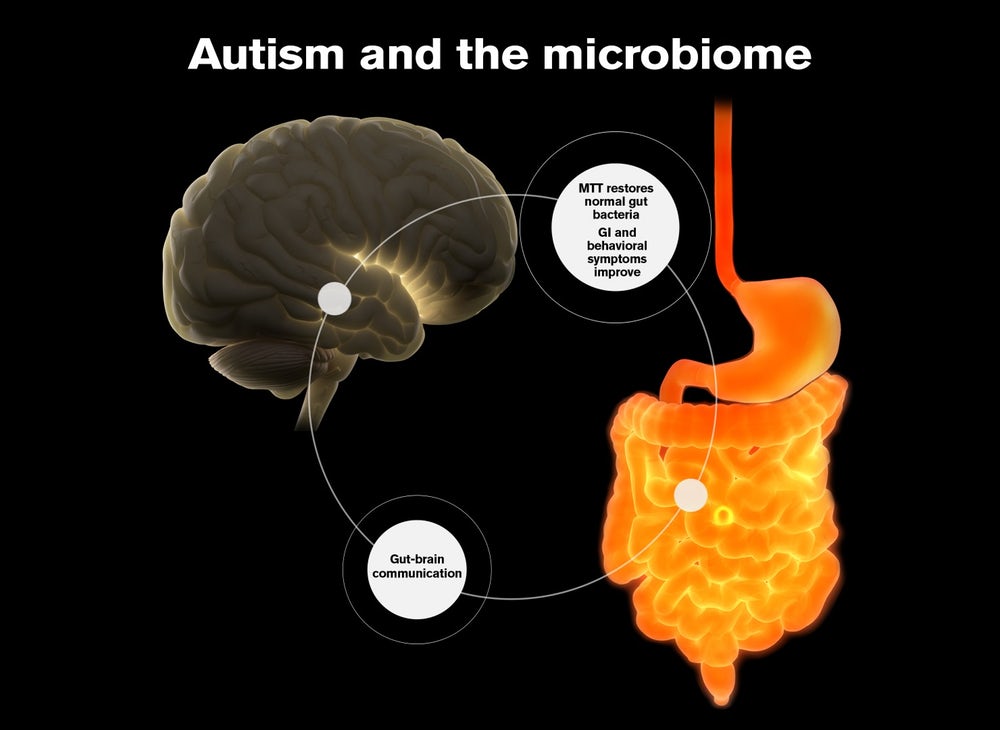 The new study builds on earlier research from 2017 that found introducing new bacteria via fecal transplants in 18 autistic children brought about marked improvements in their behavior, as measured through questionnaires assessing their social skills, hyperactivity, communication and other factors.

These improvements held for eight weeks, an impressive outcome to be sure. But the Arizona State University researchers wanted to investigate the enduring effects of the treatment, which involved a bowel cleanse and daily transplants of fecal microbiota over a period of seven to eight weeks. Prior to the treatment, these children all had far lower diversity of gut microbes than those without autism.

“Kids with autism are lacking important beneficial bacteria, and have fewer options in the bacterial menu of important functions that bacteria provide to the gut than typically developing kids,” Krajmalnik-Brown says.

The team of ASU researchers behind the new study, left to right, Rosa Krajmalnik-Brown, James Adams, and Dae Wook Kang were inspired to explore the gut-brain connection as it relates to autism symptoms and gastrointestinal issues. (Credit: Arizona State University).

Now, two years after the treatment, the researchers have found that not only did the benefits persist, they seem to have continued to improve. Doctors observations at the eight-week mark found that psychological autism symptoms of the patients had decreased by 24 percent. Now, they’ve almost been cut in half, with a professional evaluator finding a decrease of 45 percent in autism symptoms compared to baseline.

Prior to the study, 83 percent of participants had “severe” autism. Now, only 17 percent are rated as severe, 39 percent as mild or moderate, and incredibly, 44 percent are below the cut-off for mild ASD.

“We are finding a very strong connection between the microbes that live in our intestines and signals that travel to the brain,” says Krajmalnik-Brown. “Two years later, the children are doing even better, which is amazing.”

From here, the scientists are now working on a larger placebo-controlled clinical trial to verify their results, with a view to gaining FDA approval for the therapy.

The team’s study appears in the journal Scientific Reports, and you can hear from Krajmalnik-Brown in the video below.

(For the source of this, and other important articles, and to watch the accompanying video, please visit: https://newatlas.com/fecal-transplants-autism-symptoms-reduction/59278/)