The controversial herbicide is everywhere, apparently. 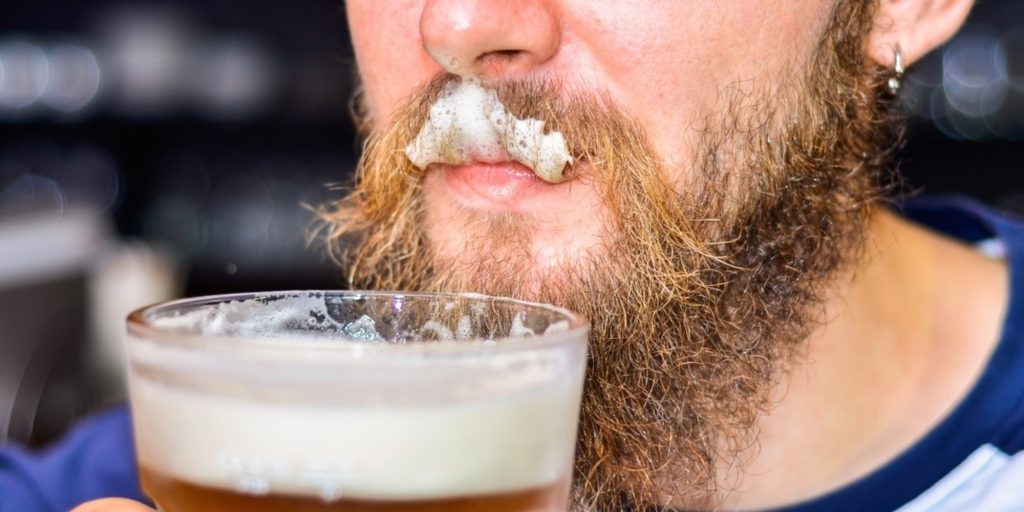 If there were a Hall of Fame for chemicals people worry about, it’s likely that Monsanto’s weedkiller Roundup would sit near or at the top of that dark pantheon.

It’s been linked to cancers, diabetes, Alzheimer’s, Parkinson’s, liver disease, kidney disease, birth defects and more. On top of that, many believe it’s what’s been killing off the world’s bees, [and other insects] vital participants in the human food chain.

Now, research published in February by the education group U.S. PIRG, illumines that the active ingredient in Roundup, glyphosate, may be impacting humans routinely via our drinking habits. In the group’s study, 20 beers and wines, including some organic beverages, were tested for the presence of glyphosate. It was found in 19 of them.

What are you drinking?

The only drink tested that contained no glyphosate was Peak Beer Organic IPA. The comestible with the highest amount of glyphosate? Sutter Home Merlot. The 19 are shown below with the parts per billion (ppb) of glyphosate they contained.

Should such small amounts be of concern? Maybe. The report says:

“While these levels of glyphosate are below EPA risk tolerances for beverages, it is possible that even low levels of glyphosate can be problematic. For example, in one study, scientists found that 1 part per trillion of glyphosate has the potential to stimulate the growth of breast cancer cells and disrupt the endocrine system.”

The EPA says glyphosate is safe up to 2 milligrams per kilogram of body weight per day, and Bayer, who now owns Monsanto, claims that its safety for consumption by humans has been proven by years of research. However, the World Health Organization’s International Agency for Research on Cancer, among many others, disagrees, and considers glyphosate a potential human carcinogen. In addition, a new study finds that people exposed to glyphosate are 41 percent more likely to develop non-Hodgkin’s lymphoma. France has banned Roundup’s use, and other European nations are said to be considering their own bans on the weedkiller.

There’s also a trial underway in federal court in San Francisco that consolidates 760 of the U.S.’s 9,300 Roundup cases into a single suit against Bayer by Edwin Hardeman, a California resident. It’s viewed as a test case.

Hardeman is currently in remission from non-Hodgkin’s after having used Roundup extensively beginning in the 1980s to control poison oak and weeds on his property. He was diagnosed with lymphoma at age 66 in 2015. Bayer asserts that Hardeman has other conditions — his age and history of Hepatitis C — that more likely led to his illness; in any event, their lawyers say, non-Hodgkin’s is often idiopathic anyway.

The judge has divided the case into two phases. In the first, jurors are to determine whether Roundup caused Hardeman’s illness based on scientific evidence presented in court. Unfortunately, the jurors are not scientists, and one may wonder just how reasonable an endeavor this really is — it’s likely to come down to the persuasiveness of evidence that’s inevitably cherry-picked by the opposing legal teams to support their case.

If the jurors find Roundup is the illness’s cause, a second phase can commence to assess responsibility. The plaintiffs have called this bifurcation “unfair,” specifically because they believe their scientific evidence involves Monsanto’s repression of research damaging to claims of glyphosate’s safety, and the judge is not allowing any such supposedly off-topic submissions.

In August 2018, a more conventional courtroom approach led to a finding that Monsanto was to blame for school groundskeeper Dewayne Johnson’s non-Hodgkin’s lymphoma because they failed to warn its users of Roundup’s potential risk as a cancer-causing product. That jury awarded Johnson $289 million in damages. The amount was later reduced to $78 million.

(U.S. PIRG)
There’s enough Roundup sprayed every year to spray nearly half a pound of glyphosate on every cultivated acre of land in the world, says U.S. PIRG.

A little extra kick in your beverage

This isn’t the first time glyphosate’s been found to have made its way into adult beverages. In Germany in 2016, the Munich Environmental Institute found it in every single sample they tested, including beers from independent brewers. A study in Latvia found the same thing. Using glyphosate directly on barley — beer’s primary ingredient — is illegal in Germany, so it’s most likely that the soil in which the crop was grown had been previously exposed to Roundup.

U.S. PIRG concludes its report with a recommendation:

“Based on our findings, glyphosate is found in most beers and wine sold in the U.S. Due to glyphosate’s many health risks and its ubiquitous nature in our food, water and alcohol, the use of glyphosate in the U.S. should be banned unless and until it can be proven safe.”

(For the source of this, and many other important articles, please visit: https://bigthink.com/surprising-science/roundup-beer-wine/)