The owner’s personality was the most important factor in examining the stress-hormone relationship between pet and owner. 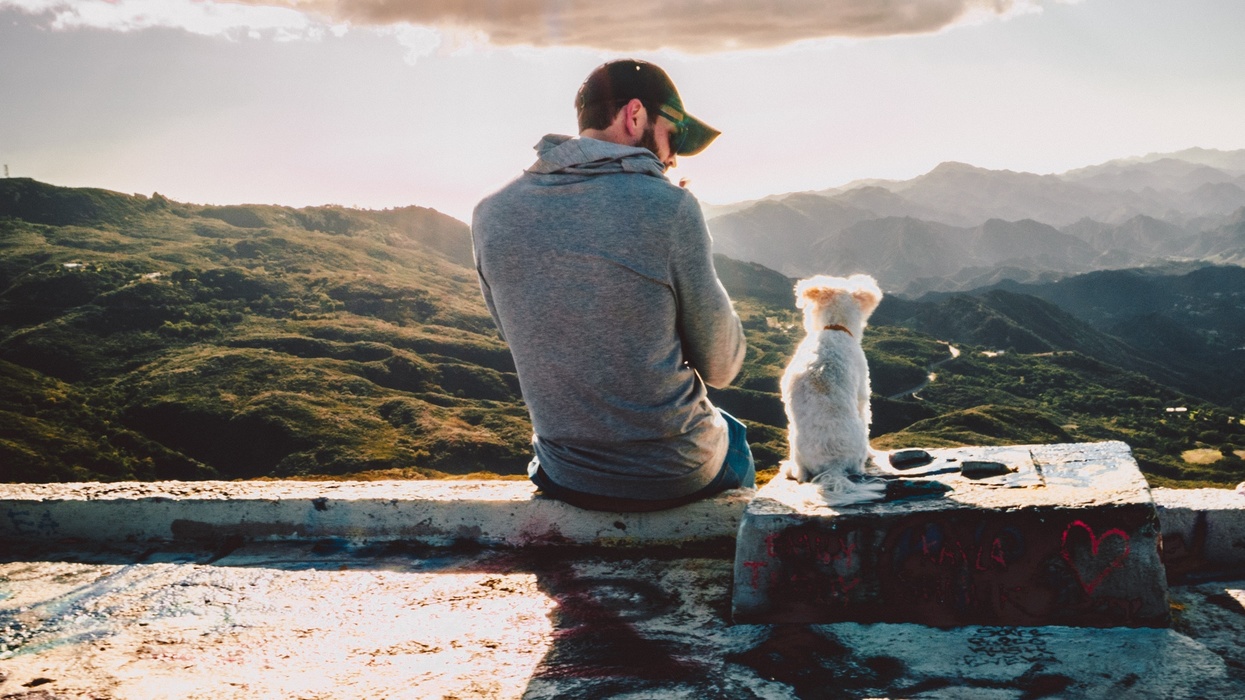 Just how empathetic are dogs?

A new study published in Scientific Reports suggests that dogs mirror the stress levels of their owners. The study examined levels of cortisol — a stress hormone — as measured in hair samples taken from owners and their dogs: 25 border collies and 33 Shetland sheepdogs. Results showed “significant interspecies correlations in long-term stress.”

“This is the first time we’ve seen a long-term synchronization in stress levels between members of two different species,” Lina Roth, an ethologist who led the work at Linköping University in Sweden, told The Guardian.

But surely other factors — how long dogs spent alone, whether they had a garden to play in, how much physical activity they got — also played a big role in stress levels, right? Not so much. What’s more, the dog’s own personality — as measured by an owner-answered questionnaire — didn’t seem to have a significant effect on cortisol levels either.

Why? Possibly because neurotic owners tend to seek more comfort from their dogs, causing the pets to feel less stress.

“There is some indication that humans scoring high on neuroticism form a strong attachment bond to their dogs and that these individuals, to a greater extent than others, use their dog as a social supporter whilst also simultaneously functioning as a social supporter for their dog,” the researchers wrote. “This, in turn, may lead to a positive modulation of the stress response for both parties.”

The researchers also compared two sets of dogs: those who compete in shows, and companion pets. The results showed a stronger correlation between the competition pets and owners, possibly because competitions foster a strong relationship between the two.

“Dogs are affected by their owners’ distress and respond with consoling behaviors,” James Burkett at Emory University, who wasn’t involved in the study, told The Guardian. “We now know that dogs are also affected by their owners’ personalities and stress levels. While this may be common sense for dog owners, empirical research is still catching up to our intuitions about animal empathy.”

So, does this mean you should feel guilty about stressing your dog out if you share the personality traits of the owners in the study? Not at all. Roth told The Associated Press that cortisol doesn’t always indicate negative stress — it could just be a dog getting excited before going on a walk. Additionally, she noted that researchers are still studying the relationship between owner-dog stress levels, and it’s possible that dogs might hold some effect on owners’ stress levels as well.

Ultimately, her advice is simple: “Just be with your dog and have fun.”

(For the source of this, and many other interesting articles, please visit: https://bigthink.com/surprising-science/dog-stress/)