Debate has long raged over the reasons for a zebra’s stripes, with scientists spending decades theorizing over the evolutionary causes for the animal’s iconic patterns. A new study has shed further light on this topic, uncovering new evidence that suggests the stripes are indeed used to help zebras control their temperature, even describing a previously unknown mechanism they use to keep them cool.

A string of discoveries surrounding zebras and their stripes have raised many possibilities, and also served to seemingly rule others out. Studies from earlier this year found that these stripes play a role in stopping flies from bothering them, which is certainly a useful function in the hot climates that zebras typically call home. 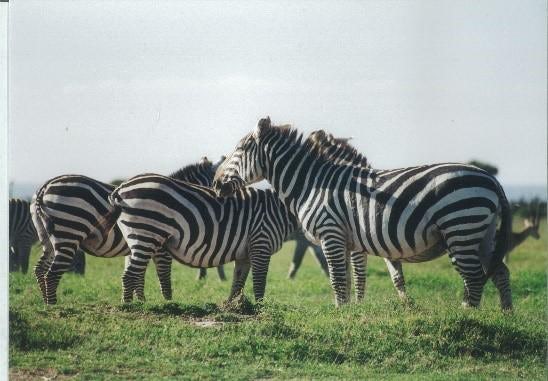 Other possibilities include offering some odd kind of camouflage by confusing would-be predators and helping the zebras more easily recognize one other, while one of the leading theories centers on regulating the animal’s body temperature. One study from 2015 used computer modeling to study a potential cooling effect created by miniature vortexes between the black and white areas, finding that more heavily striped zebras do indeed benefit from cooler skin temperatures.

This strengthened the body temperature theory, but other studies have since seemed to rule them out. Last year scientists in Sweden explored this vortex theory using metal barrels and imitation zebra hides, concluding that the black-and-white disparity did nothing to induce a cooling effect.

Now, a new study is putting this theory back on the table. It is authored by amateur naturalist and former biology technician Alison Cobb and zoologist Stephen Cobb, who together have spent years conducting environmental studies in Africa. Theirs is claimed to be the first study to assess the stripe and temperature control theory on zebras in their natural habitat, with the pair collecting field data on a number of animals in Kenya.

This included two zebras, a stallion and a mare, along with a clothes horse draped in zebra hide as a control subject. The researchers found that as the days warmed up, a temperature differential appeared between the black and white stripes, as had been theorized earlier by other scientists. The team proposes that this does indeed create small convective air movements in and round the stripes to create a cooling effect, but this is only one part of the picture.

Interestingly, the scientists observed far higher temperatures on the dead zebra hide throughout the day, suggesting there were other mechanisms at play in keeping the living zebras cool. Through their field work, the researchers observed something they don’t believe has been described before; the zebras have an ability to raise the hair in their black stripes while keeping the white ones flat. They believe this helps transfer heat away from the skin. 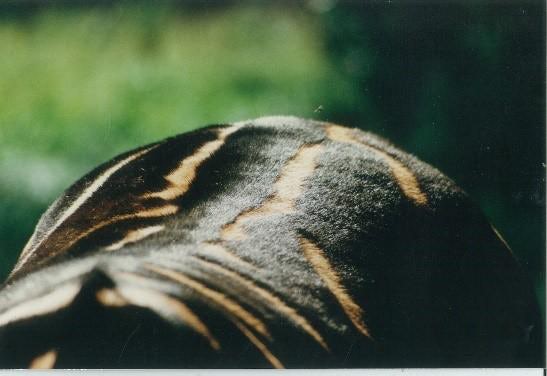 Researchers say zebras have an ability to raise their black stripes as a way of regulating body temperature. (Credit: Alison Cobb).

These two mechanisms combined with the way animals in the horse family sweat, whereby the moisture is passed from the skin to the tips of their hairs and turned into frothy droplets that more easily evaporate, are what keeps the zebras cool in warm climates. All together, this indicates that the black and white stripes do indeed have a role to play in regulating their body temperature.

“The solution to the zebra’s heat-balance challenge is cleverer, more complex and beautiful than we’d imagined,” says Alison Cobb. “Of course, there is much more work to be done to gather evidence and fully understand how the stripes help zebras control temperature.”

The research was published in the Journal of Natural History.

(For the source of this, and many other interesting articles, please visit: https://newatlas.com/zebra-cooling-stripes-wild/60126/)