They’re hiding in your house, carrying germs, and now there’s virtually no way to kill them. 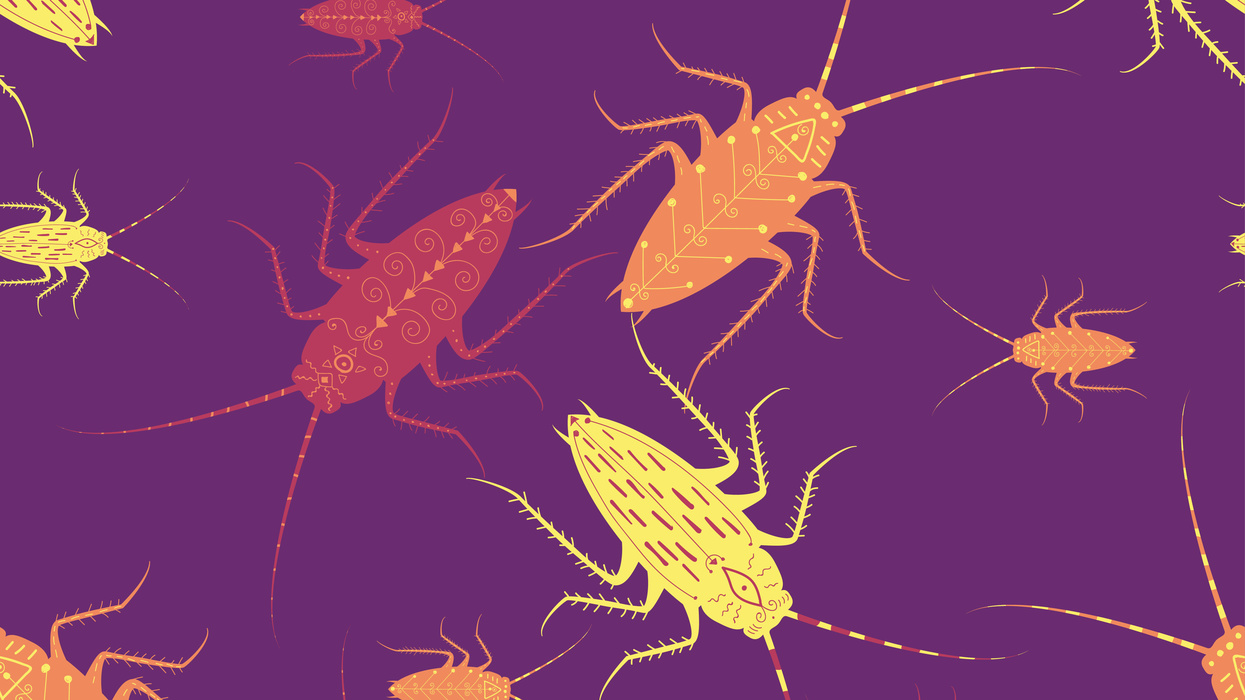 It’s said that after a nuclear apocalypse, cockroaches will be one of the few animals on Earth able to withstand the intense radiation of the dystopian future and survive. Insectophobes might feel lucky that they probably won’t live to see a new world ruled by cockroaches, but they don’t have too much to feel lucky about in today’s world, either. Cockroaches are evolving to resist even the weaponry that’s been specifically designed to kill them.

German cockroaches, or Blatella germanica, are the prototypical cockroaches. They haunt restaurants, hotels, and bathrooms, and they carry harmful bacteria on their bodies, such as E. coli and Salmonella. Now, new research shows that they’re evolving to resist our best pesticides.

Experienced terminators have known for a while that cockroaches can be resistant to a given pesticide. That’s why they typically use a mix of different pesticides with the hope that even if a cockroach population is resistant to one pesticide, they won’t be to all. However, a study published in Scientific Reports on June 5 found that German cockroaches are developing cross-resistances, even to chemical cocktails like these.

“This is a previously unrealized challenge in cockroaches,” said Michael Scharf, the study’s lead author, in a statement for Purdue University. “Cockroaches developing resistance to multiple classes of insecticides at once will make controlling these pests almost impossible with chemicals alone.”

The German cockroach, which was the focus of this study. Image source: Flickr user gailhampshire

To reach this finding, the researchers conducted a series of experiments in apartments in Illinois and Indiana. Using glue traps, the researchers estimated the local cockroach populations, both to determine how well their pesticides would work and what amount of pesticides to apply.

Through this testing, the researchers were able to determine which pesticides out of 14 different varieties the cockroaches had the least resistance to. The three that were the most effective against the cockroaches were abamectin, boric acid, and thiamethoxam, and these three were used for the treatment.

In nearly every case, the cockroach populations remained stable or even increased over the course of the study period. The one exception was when abamectin was used continuously over the 6-month study period on a cockroach population in Indiana — the cockroaches here coincidentally had very little resistance to the pesticide. When the same treatment was applied in the Illinois site, the number of cockroaches actually increased.

How cockroaches evolve so quickly and what to do about it

Cockroaches reproduce very rapidly, and a single female can lay nearly 400 eggs over the course of her lifetime. The consequence of this rapid reproduction is that cockroaches quickly develop resistances to pesticides. If just a small percentage of a cockroach population has resistance to a given pesticide, that resistance will be widespread in the next generation. What’s more, the researchers found that cockroaches weren’t just becoming resistant to pesticides that they had been exposed to. They were developing cross-resistances, meaning that even if a population was treated with pesticide A for 6 months, the surviving cockroaches would also be resistant to pesticide B, even if they had never encountered it before.

“We would see resistance increase four- or six-fold in just one generation,” Scharf said. “We didn’t have a clue that something like that could happen this fast.”

What does this mean for pest control? First, it seems that testing cockroach populations prior to treating them with a pesticide is the best approach. The only time that cockroach numbers dropped in this study was in the Indiana population, which just so happened to be weak to abamectin. Beyond that, the researchers recommended that individuals should follow integrated pest management practices. Using pesticides alone likely won’t have any effect. Instead, the best approach is to combine several different strategies, like keeping a clean apartment, sealing off the small spaces that cockroaches like to nest in or targeting those spaces with pest controls, and using a combination of pesticides and traps.

(For the source of this, and other interesting articles, please visit: https://bigthink.com/surprising-science/cockroaches-pesticide/)