“We are starting to have enough information about them to certainly be concerned.” 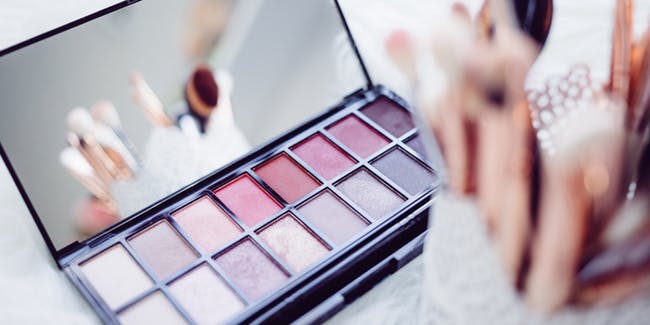 American girls are now going through puberty significantly earlier than in decades prior, a trend that’s been linked to physiological and psychological risks. The various factors thought to drive early puberty include obesity, toxic stress, and environmental elements. A landmark study published recently looks at one particular type of environmental element — the chemicals in household items.

A long-running study on mothers and children published in Human Reproduction determined that the onset of female puberty is associated with exposure to chemicals like phthalates, parabens, and the antibacterial agent triclosan. These chemicals are found in personal care products, like some brands of perfumes, cosmetics, and toothpaste. The same result was not found in populations of boys, whose timing of puberty was also examined in this study.

“We have known for the past 15 to 20 years that girls are entering puberty at an earlier age than they used to in the past,” lead author and University of California, Berkeley associate professor Kim Harley, Ph.D. tells Inverse. “We certainly know that obesity plays a role in that but now we also know that the hormone-disrupting chemicals that are in our homes and in our environment could be an additional factor that’s contributing to this.”

While it’s too soon to say conclusively whether these widely used chemicals are definitively causing early puberty, Harley believes that “we need to be paying attention to these chemicals and we are starting to have enough information about them to certainly be concerned.”

Discovering the cause of early puberty is important to scientists because the phenomenon is linked to a higher risk of developing depression, a greater risk for teen pregnancy, and an increased likelihood of developing diseases like breast cancer and heart disease.

The new study’s conclusions are based on data on pregnant women and the children they gave birth to who were enrolled in the Center for the Health Assessment of Mothers and Children of Salinas study between 1999 and 2000. When the women were at around 14 and 27 weeks’ gestation they gave the scientists consent to examine their urine samples for concentrations of phthalates, parabens, and phenols. After the women gave birth, the team collected urine samples and evaluated the pubertal development of the resulting 179 girls and 159 boys. Every nine months between the ages of 9 and 13, scientists checked in to see how puberty was affecting the children.

Overall, 90 percent of the urine samples showed concentrations of all the compounds they tested for. That was only detected in the 73 percent of the samples of pregnant mothers and 69 percent of samples taken from the nine-year old girls.

Mothers whose samples contained diethyl phthalate and triclosan had daughters that entered puberty earlier. For every doubling of triclosan in the mother’s urine, the timing of the girls’ first menstrual period shifted by just under a month [….continued at: https://www.inverse.com/article/51422-parabens-early-puberty-girls-study/].

One reason these chemicals may affect puberty is because all of them are known endocrine disruptors. Previous studies on animals and humans have demonstrated that endocrine disruptors have the capacity to mimic, block, or otherwise interfere with the body’s hormones.

“They can bind to hormone receptors, such as estrogen receptors, and influence changes in our bodies,” explains Harley. “That’s what we are concerned about. We’ve known from animal studies that these chemicals can impact development in rats, particularly if the exposure is happening in utero, and now we’re starting to get research from human studies that they may also impact development.”

What’s difficult about sharing the results of this study, says Harley, is that for now all they can say is that these are “chemicals of concern.” The Centers for Disease Control and Prevention readily acknowledges that there’s widespread exposure to phthalates and parabens, with the majority of Americans who are tested containing evidence of these chemicals in their urine. However, the agency states that finding a measurable amount of these chemicals does “not imply that they cause an adverse health effect.”

Harley hopes that regulators look at studies like hers when they move forward in conducting policy decisions and regulations. As of now, she explains, there’s no established benchmark level that states when it’s no longer safe to be exposed to these chemicals. It’s not illegal to have them in personal care products because the science isn’t strong enough to say that they absolutely cause adverse health effects. They are controversial chemicals, and about 70 percent of Americans have them inside their bodies.

“These chemicals are basically ubiquitous,” says Harley. “The regulation isn’t really there and the science is still equivocal. But for people who are concerned, there are things you can do.”

The advice is simple: Reduce exposure to chemicals of concern by changing the personal care products that you use and by purchasing products that don’t contain them. Scientists can’t say for sure what will change for you if you do, but doing so certainly can’t hurt.

(For the source of this, and many additional important articles, please visit: https://www.inverse.com/article/51422-parabens-early-puberty-girls-study/)