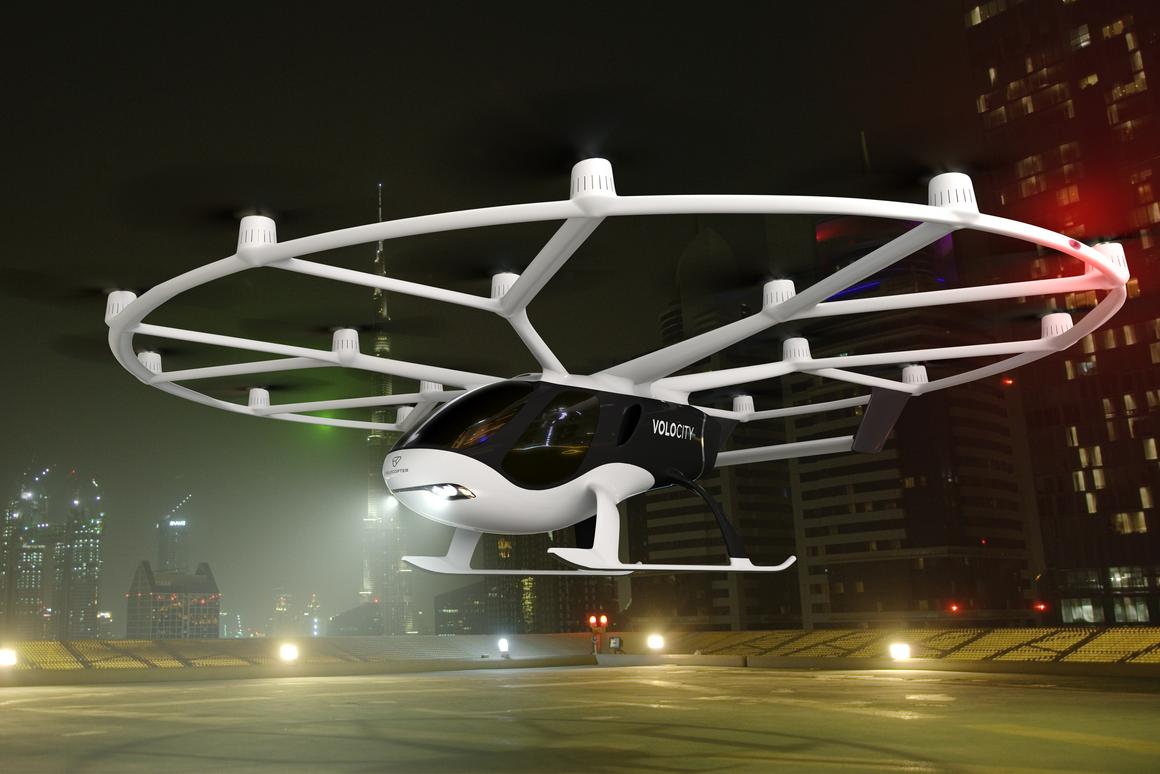 The VoloCity aircraft, as it is now known, has been designed to meet the certification standards laid out by the European Aviation Safety Agency.
–
Little by little, Volocopter has continued to refine the design of its flying taxi since we first spotted it back in 2013. As the company eyes a commercial rollout of the electric aircraft in the coming years it has given it yet another makeover, showing off a rounder, cleaner design it says is the most powerful Volocopter yet.
–

The Volocopter is an all-electric aircraft its creators hope will one day lift two people at a time into the air over city centers, promising a clean, autonomous and fast form of travel that alleviates traffic and pollution. Now in its fourth generation, the latest Volocopter isn’t a wild departure from anything we’ve seen previously, and its basic capabilities remain the same.

Built to carry two people and their luggage, the VoloCity aircraft, as it is now known, has been designed to meet the certification standards laid out by the European Aviation Safety Agency. It uses 18 rotors and onboard batteries to quietly move through the air, with redundancies built into the critical systems to ensure safety.

The company says the redesign was guided by insights from over 1,000 test flights of earlier models, resulting in more aerodynamic rotor beams, a new flight stabilizer and greater lifting capacity. As a result of this more efficient design, range has increased from under 30 km to 35 km (18 to 21 mi), while top speed has been been upped from 100 km/h to 110 km/h (62 to 68 mph).

Aesthetically speaking, the VoloCity looks fairly similar to earlier versions, but with a more rounded exterior and fresh paint job. The company says the new aircraft is the most powerful it has produced, but will continue using the earlier models as part of its testing program. Having conducted a number of test flights in different locations, the next public outing for the Volocopter is planned for Singapore in the final quarter of the year.

(For the source of this, and many other interesting articles, please visit: https://newatlas.com/aircraft/volocopter-most-powerful-flying-taxi/)