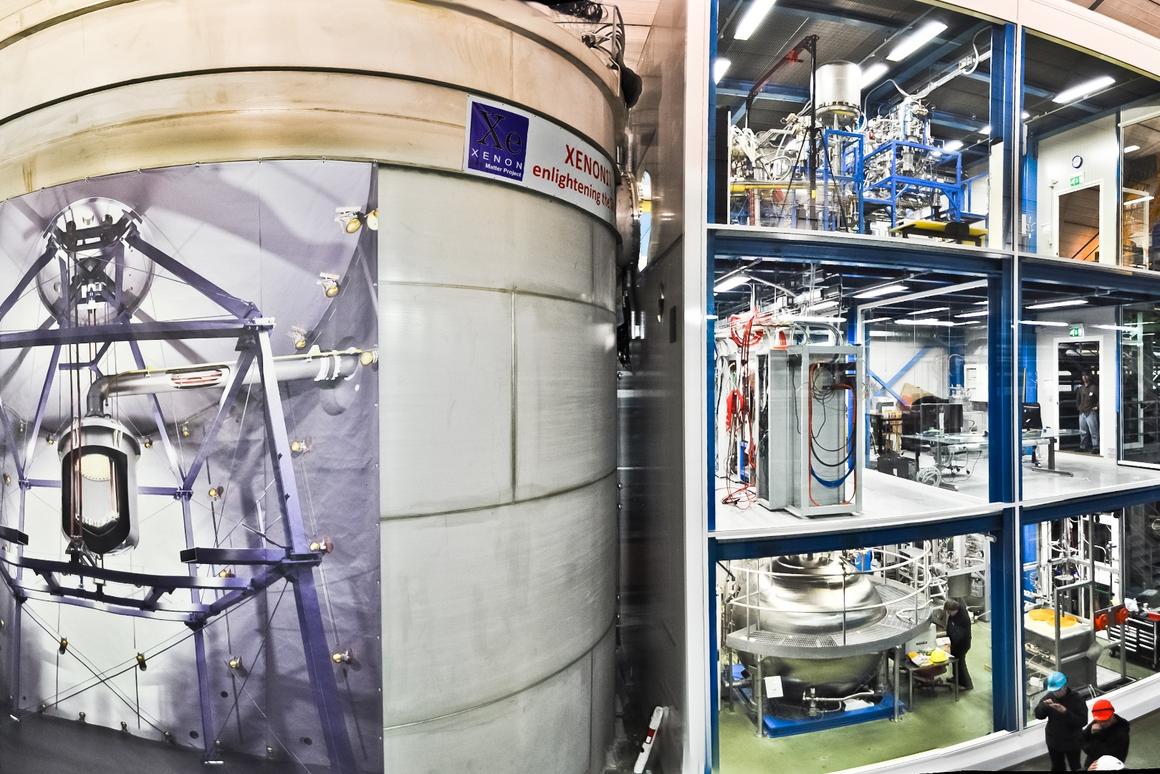 The XENON1T experiment may not have found dark matter, but it has now revealed the element with the longest half-life ever recorded.   The Xenon Collaboration.

Although the many experiments searching for evidence of dark matter have yet to turn up any solid proof of the stuff yet, they are making other amazing discoveries. The XENON1T experiment has now revealed the longest half-life ever seen in an element, which is far, far longer than the age of the universe.

Half-life is a measure of a material’s stability, in terms of how long on average it’s expected to take for half of its atoms to decay. Xenon 124 was already thought to have a long half-life – about 160 trillion years – but the new observation makes that look like the blink of an eye.

According to this study, the half-life of Xenon 124 is a barely-comprehensible 18 sextillion years, or an 18 followed by 21 zeroes. For comparison’s sake, that’s more than a trillion times longer than the age of the universe itself, which is a mere 13.8 billion years young. That also means Xenon 124 has the longest half-life ever measured in a material, stealing the crown from Bismuth 209 and its half-life of “only” 19 quintillion years.

Since it occurs on such an incredibly long timescale, the decay of these xenon atoms is an extremely rare event. But the more atoms you watch at once, the better your chances of seeing it happen. So if anything is going to spot it, the XENON1T experiment is, with 1,300 kg (2,866 lb) of liquid xenon in a tank and sensitive detectors set up to watch for photons and other particles emitted as a result of these events.

After sorting through a year’s worth of data, researchers have now reported observing dozens of these kinds of decays. The event itself is known as electron capture, where an electron enters the nucleus of an atom and turns a proton into a neutron, which causes its decay. In this case, the researchers saw double electron captures for the first time.

“Normally, you have one electron come in and one neutrino come out,” says Christopher Tunnell, co-author of the study. “That neutrino has a fixed energy, which is how the nucleus expels its mass. This is a process we see often in nuclear particle physics, and it’s quite well understood. But we had never seen two electrons come into the nucleus at the same time and give off two neutrinos.”

As groundbreaking as the new discovery is, that wasn’t the primary goal of the XENON1T experiment. It’s designed to hunt for evidence of dark matter, the elusive substance that appears to outnumber normal matter by more than five to one. It’s thought that these experiments can help capture the rare times dark matter interacts with normal matter. While none have managed to do so yet, the data can lead to other observations, as the new study demonstrates.

(For the source of this, and other equally interesting articles, please visit: https://newatlas.com/xenon1t-element-longest-half-life/59458/)