Home
News
&
WEIRD SCIENCE
The supervolcano that can wipe out the U.S. and kill billions may be overdue for an eruption 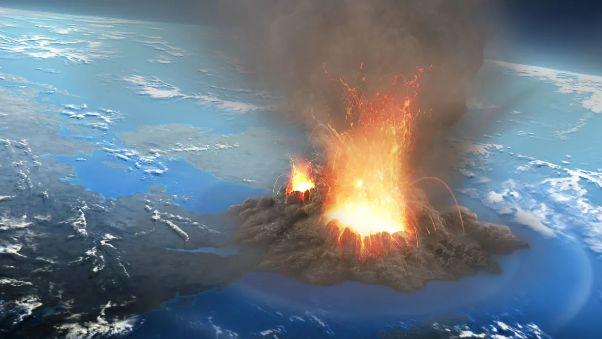 If there weren’t enough cataclysms to worry about, a recently published book brought another terrible possibility back into the public spotlight. Among other calamities, Bryan Walsh’s “End Times” highlights the eruption of the Yellowstone supervolcano in the United States as an event that could wipe out much of human life on this planet.
– 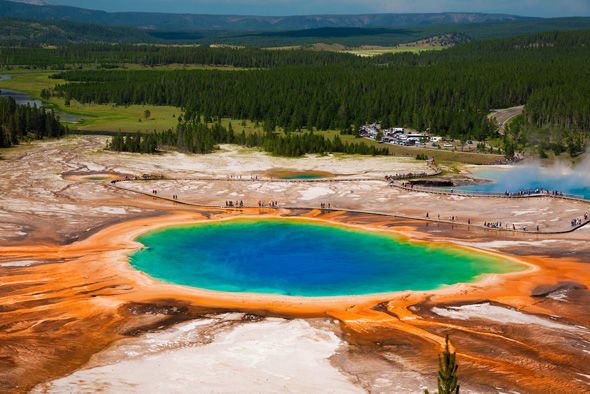 Thankfully, the Yellowstone volcano in Wyoming doesn’t erupt very often. The last time it did so was 640,000 years ago. Certainly, no one knows when it will blow again, but by some measures it could happen at any point.

When it does happen, the eruption would propel something like 240 cubic miles of rock, dust and ash into the sky, like it did during the last major explosion. It would also create a flow of magma that would bury the area within a 40-mile radius. Chunks of Colorado, Wyoming and Utah would end up under up to three feet of ash. Parts of the Midwest would be covered in at least a few inches of such ash, becoming dark. And if you think that already doesn’t sound good, the emission of dust and toxic gases like sulphur monoxide into the atmosphere would create an acidic veil around the planet reflecting sunlight. This would lead to a dramatic cooling of the global climate that would last at least several years.

This will also result in devastated crops and the destruction of the power grid. Without sunlight, warmth and food, a major loss of life would be incurred. How bad? As Bryan Walsh writes in his op-ed in the New York Times, a 2015 report for the European Science Foundation on extreme geohazards called what might happen “the greatest catastrophe since the dawn of civilization.”

Dr. Jerzy Żaba, a geologist from the University of Silesia in Katowice, Poland, was even more specific, saying in an interview that in his estimate, around 5 billion people would die from hunger “due to the effects of climate change.” If Yellowstone blows, he suggests that to survive, the only thing to do would be to flee North America. Imagine, American refugees trying to get into South America or Europe.

Bryan Walsh calls this scenario, without much exaggeration, an “existential risk” not just to the U.S., but the world at large. Walsh writes that “existential risk experts largely agree that supervolcanoes — of which there are 20 scattered around the planet — are the natural threat that poses the highest probability of human extinction.”

The big question, of course, is when will the Yellowstone supervolcano erupt? The seismically active area in the Yellowstone National Park gets about 3,000 small earthquakes a year, but the catastrophic blasts are infrequent. Besides the so-called “Lava Creek eruption” 640K years ago, the volcano fully exploded approximately 1.3 million and 2.1 million years ago, which means there are about 660,000 to 800,000 years in between.

Of course, no one knows when it will happen next for sure, which is why Walsh believes more resources need to be dedicated to the study of volcanos. Currently, the FAA spends about $7 billion every year on aviation safety while volcano programs, which can potentially cause much more massive casualties, get a paltry $22 million in study expenditures.

(For the source of this, and many other important articles, please visit: https://bigthink.com/surprising-science/supervolcano-wipe-out-united-states-kill-billions/)