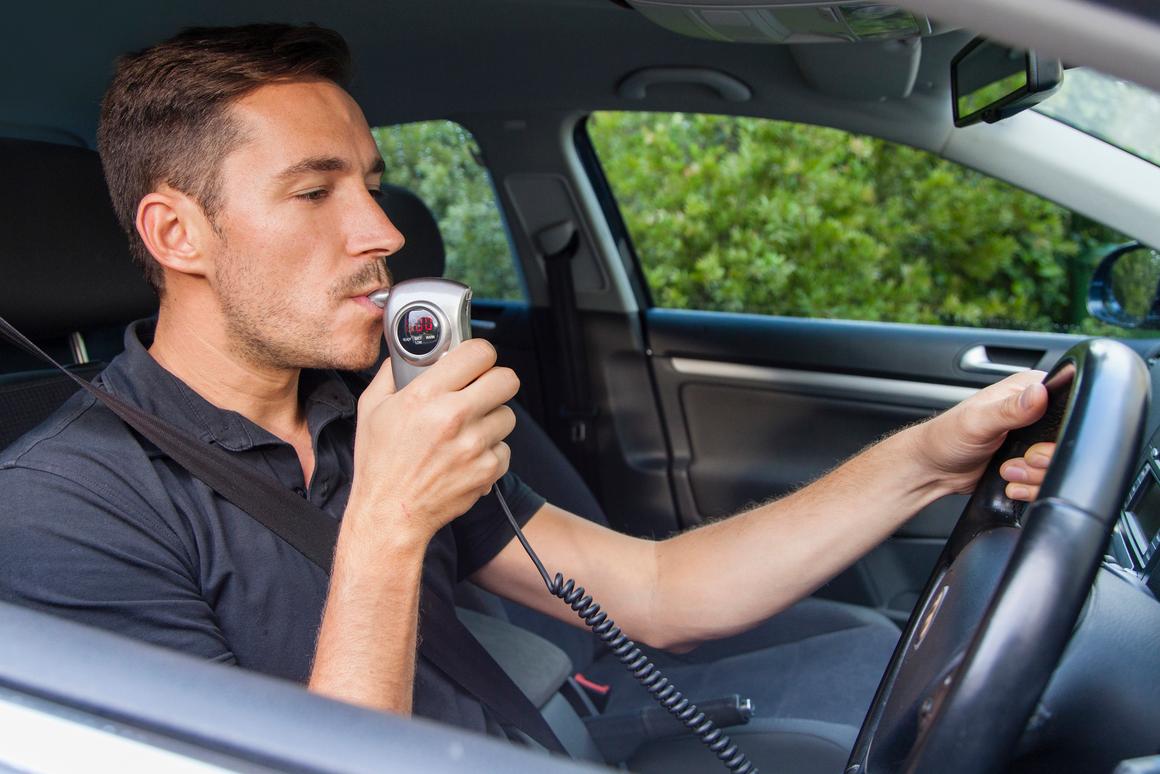 One of the many challenges authorities are currently facing, following the growing spread of recreational marijuana legalization, is the lack of any clear or easy way to measure THC exposure in regards to driving impairment. For years scientists have been trying to engineer a straightforward marijuana breathalyzer, akin to what police around the world use for alcohol. But the minuscule presence of THC molecules in breath have proved difficult to detect, and unlike alcohol, there is no clear level of intoxication to correlate with impairment. So, as several tech startups race to bring the first commercial marijuana breathalyzer to market, these devices may be more accurate than ever, but authorities are now asking whether accurate THC readings even mean anything?
Hound Labs is at the front of the pack in the race to bring an accurate THC breathalyzer to market, with a recent announcement revealing a major injection of funds set to push its product into commercial manufacturing. Alongside Hound Labs’ announcement, a rival group of engineers from the University of Pittsburgh has revealed an entirely new form of THC breathalyzer utilizing state-of-the-art carbon nanotubes, suggesting accurate THC levels can now be confidently detected from breath samples.

The marijuana breathalyzer is almost ready for prime time

Founded in 2014, Hound Labs has been working for years to develop an effective THC breathalyzer. Earlier this year the company published the results of its second clinical trial into the efficacy of its technology. The trial, run by scientists from the University of California, San Francisco, concluded the Hound breathalyzer was able to detect THC molecules in breath samples at impressively low levels. In this case it was claimed the system could detect as little as one trillionth of a gram (one picogram) per liter of breath.

The Hound research suggests all tested subjects, regardless of chronic or occasional use, showed a drop in THC breath concentrations to less than five percent of peak measurements three hours after smoking marijuana. This means the device can hypothetically be used to accurately identify whether a person has smoked marijuana within a recent time-frame.

“With the publication of clinical study results validating breath as the new frontier for testing recent use of THC, investors can see the tremendous value that Hound Labs will bring to the market with its first-of-its-kind technology,” said company CEO Mike Lynn in a recent statement accompanying the revelation of US$30 million in new funds being injected into the company to accelerate commercial manufacturing. “We are excited to usher in a new era of more meaningful and fair drug testing now that marijuana is both medically and recreationally available to so many people.”

A new player in the THC breathalyzer game comes in a new study published in the journal ACS Sensors. The engineering team from the Swanson School of Engineering at the University of Pittsburgh, claims to have developed a novel system using tiny carbon nanotubes to track THC molecules in a breath sample.

“The semiconductor carbon nanotubes that we are using weren’t available even a few years ago,” says Sean Hwang, lead author on the paper. “We used machine learning to ‘teach’ the breathalyzer to recognize the presence of THC based on the electrical currents recovery time, even when there are other substances, like alcohol, present in the breath.”

It’s unclear whether this new device can match, or beat, the sensitivity of the Hound Labs technology. Nevertheless, the researchers say a prototype has been developed, creating a breathalyzer similar to that used for alcohol. Further testing is needed to verify its efficacy before it moves into commercial markets.

“There are debates in the legal community about what levels of THC would amount to a DUI, but creating such a device is an important first step toward making sure people don’t partake and drive,” says Alexander Star, another researcher working on the project.

How much THC is too much?

Star’s reference to debates over what level of THC constitutes impairment is significant for the future of these devices. Most research to date has tracked THC blood levels, and while these new marijuana breathalyzers are showing effective correlations between breath and blood levels, there is still great debate over what THC blood level can be objectively linked to impaired driving.

Obviously, roadside blood tests are not practical solutions for tracking drivers under the influence of marijuana, so the research working to correlate THC breath levels with blood levels is certainly important. Hound Labs’ work associating THC picogram levels in breath with THC nanogram levels in blood validates future practical applications for marijuana breathalyzers … assuming there is agreement over THC blood levels and impairment.

Despite the impressive engineering and scientific work in developing these THC detectors, there has been nearly no research conducted to correlate driving impairments with specific blood THC levels. Not only that, but subjective intoxication levels seem to dramatically vary from individual to individual, meaning someone may feel incredibly stoned while only registering one nanogram of THC per milliliter of blood, while others can register over the five nanogram limit despite not consuming marijuana in hours and feeling sober.

An admittedly highly anecdotal Vice study recently found a journalist registering just 0.5 ng of THC per ml of blood 30 minutes after heavy vaping. The journalist noted feeling way too intoxicated to drive yet according to almost all current regulations they were considered safe to get behind a wheel.

Conversely, registering over five nanograms doesn’t necessarily mean a person is intoxicated. A recent report from the Congressional Research Service (CRS), a policy research arm of the US congress, was explicitly tasked with investigating how state and federal agencies should address the topic of marijuana use and road safety. The CRS report found absolutely no science to link a specific THC blood level with objective measures of impairment.

“There is as yet no scientifically demonstrated correlation between levels of THC and degrees of impairment,” notes the report. “Tests that show the amount of THC in the subject’s body are poor indicators of impairment, how recently a person has used marijuana, or whether the person used marijuana or was simply exposed to second-hand smoke. Moreover, tests can show the presence of metabolites of THC, which themselves are not impairing, for weeks after consumption. Also, studies indicate that individuals can adapt to the impairing effects of marijuana, such that a level of THC that could indicate impairment in an occasional marijuana user may not have the same impairment effect on an experienced user.”

Another expansive recently published investigation came from Michigan, which released a report into THC and driving in March. The report compiled two years of work from a six-person committee appointed by former Governor Rick Snyder as the state moved to institute recreational marijuana laws.

The committee’s final conclusion was that no specific blood level of THC could reliably indicate driving impairment, and the recommendation was for police to rely on roadside sobriety tests instead of trying to ascertain a specific THC limit.

“If we are going to criminalize DUI marijuana, we need to take information from scientific studies and use it to decide if that risk is sufficiently high to be so morally blameworthy that we call it a crime,” Roth said to NPR in 2016. “But we don’t, so picking five nanograms per milliliter is arbitrary.”

So while it seems the problem of accurately detecting THC in breath may be finally solved and Hound Labs is on the cusp of bringing an effective marijuana breathalyzer to market, the question remains whether these measurements are at all useful. We may now be able to quickly and easily detect THC levels in drivers with a roadside breathalyzer, but do these levels practically mean anything?

(For the source of this, and many other equally interesting articles, please visit: https://newatlas.com/health-wellbeing/marijuana-breathalyzers-blood-breath-thc-levels-law-driving/)