Organic batteries that use protein to transfer electrons could one day hold the future of power storage.

Researchers at Texas A&M University have discovered a means of using synthetic polypeptides to create electrodes, the positive and negative parts of a battery used to make a circuit. The findings were presented recently at the American Chemical Society’s Fall 2019 National Meeting & Exposition, a four-day event that covers more than 9,500 scientific presentations.

The findings could mean big news for battery technology and electricity storage, a key question for the future of renewable energy. Batteries are important because they allow operators to store energy to provide a consistent source around the clock, offering solar-generated power even when the sun’s not shining and wind-generated power even when the wind isn’t blowing.

Even beyond grid storage, demand for batteries is set to rise dramatically over the coming years. They’re also key for electric cars, expected to jump from one percent of total global annual car sales in 2016 to cover 30 percent of sales in 2025. Benchmark Mineral Intelligence projected in October 2018 that, with all these factors in play, global annual lithium-ion battery production capacity will jump from 220 gigawatt-hours in 2018 to 1.1 terawatt-hours in 2028.

Lithium-ion, a type of rechargeable battery that powers everything from smartwatches to those electric cars, has a number of drawbacks. Despite their renewables-holding credentials, they’re pretty bad for the environment. The cost of recycling a battery can be higher than the cost of manufacturing, which means they get disposed in giant landfills. Replacing the electrodes with another material could help resolve this issue.

“The trend in the battery field right now is to look at how the electrons are transported within a polymer network,” Tan Nguyen, a Ph.D. student who helped develop the project, said in a statement. 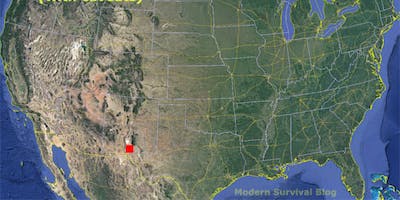 “The sun is a giant fusion reactor in the sky.”
Read More

The group’s work looked at synthetic polypeptides, also used to create proteins. The end result is a battery that could resolve some of these issues and switch to a more sustainable electrode.

It’s not the only group looking to replace the electrode. Researchers from Rice University explained in 2017 that they had made a viable lithium metal battery, which would offer up to three times more capacity than traditional cells. Other groups have explored replacing the electrolytes that transfer the electricity between the electrodes, like Fudan University’s hybrid battery that works in extreme cold and Michigan Technical University’s solid state batteries.

The organic batteries are likely a long way from market, but with the growing demand for new ways to store energy, it seems there’s a captive audience waiting for an improvement to the lithium-ion setup.

(For the source of this, and many other important articles, please visit: https://www.inverse.com/article/58744-organic-protein-packed-batteries-could-sustainably-store-clean-energy/)