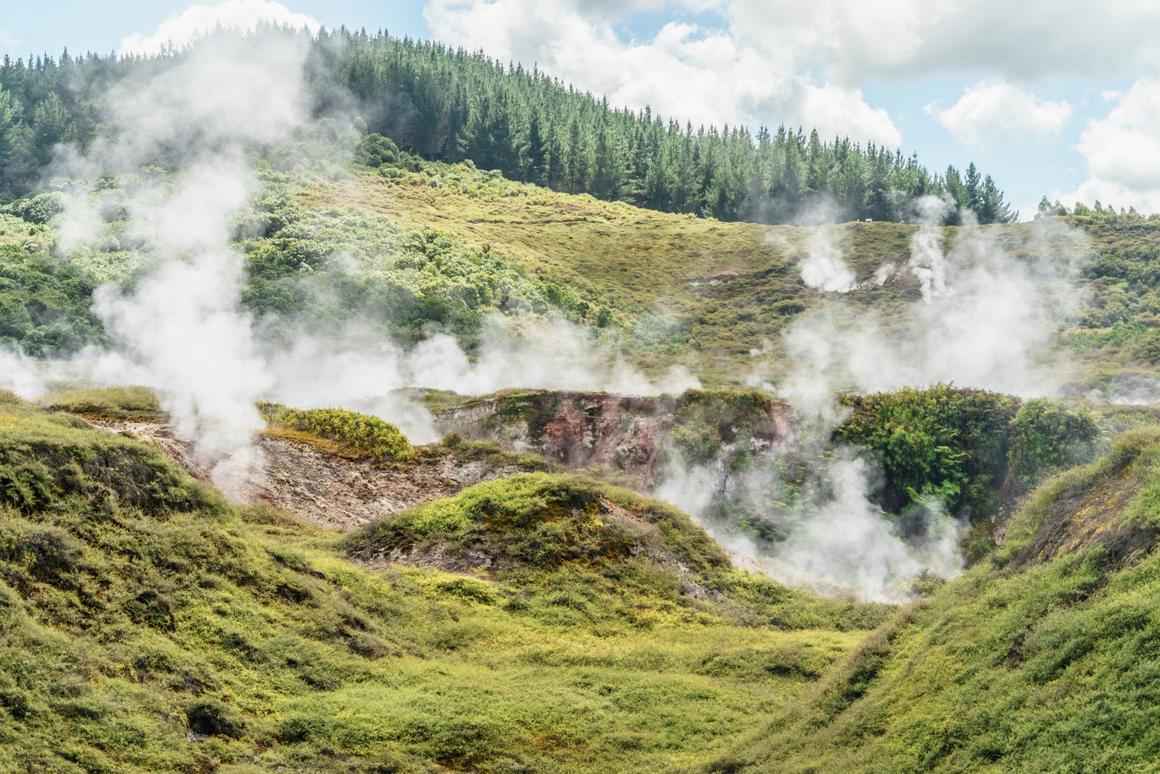 A new battery cell design could help us tap into the vast stores of geothermal energy beneath our feet.  OlgaSinenkoBO/Depositphotos.
–
One of the largest natural sources of renewable energy could be right under our feet – literally. The Earth itself is a big warm ball just waiting for us to tap into it, with vast stores of geothermal energy lying beneath Australia, the United States and plenty of other areas. Now researchers at Tokyo Institute of Technology and Sanoh Industrial have developed a new type of battery cell that can directly convert heat energy into electricity.

Most geothermal systems work using water heated by hot rocks a few kilometers below the Earth’s surface. That water is either naturally present and pumped to the surface, or pumped down, heated and pumped back up. Such systems often need high temperatures, over 180° C (356° F), to work, and don’t necessarily scale up that well.

But the Japanese researchers behind the new study say they’ve got a more direct method. Their design is made up of sensitized thermal cells (STCs), which are able to generate electricity at temperatures below 100° C (212° F) without needing a middle-ground carrier like water or steam.

The STC is a battery made up of three layers of material sandwiched between two electrodes. There’s an electron transport layer (ETM), a semiconducting layer of germanium, and a solid electrolyte layer that transports copper ions. This battery is designed to be buried in the hot ground.

One question that the team wasn’t sure about initially was how long the STC device could keep this cycle up, or even if it could keep going indefinitely. But during testing, they found their answer – eventually, the cycle dries up when the redox reactions do, because the different types of copper ions ended up in different places.

But interestingly, the team was surprised to find that the battery could fix this problem, as long as it’s buried in a heat source. Then it’s a matter of turning on the external circuit for a while to recharge it. This, the team says, could allow the battery to supply power “semi-permanently.”

“With such a design, heat, usually regarded as low-quality energy, would become a great renewable energy source,” says Sachiko Matsushita, lead researcher on the study. “There is no fear of radiation, no fear of expensive oil, no instability of power generation like when relying on the sun or the wind.”

The team says that further refinements are needed for the design, but hopefully it will soon join the ranks of renewable energy options.

The research was published in the Journal of Materials Chemistry A.

(For the source of this, and many other quite interesting articles, please visit: https://newatlas.com/geothermal-energy-sensitized-thermal-cells/60687/)