Home
News
&
WEIRD SCIENCE
Black Hole Study Has People Worried It’s Going to Swallow the Earth
By Passant Rabie
–
News from the center of the Milky Way travels 26,000 light years before it reaches Earth, and the latest news regarding the galaxy’s supermassive black hole has caused quite a stir as soon as it landed on our planet.

Researchers at the University of California, Los Angeles (UCLA) detected that on one particular day, May 13, the area around the black hole was twice as bright as the brightest it has ever been.

Tuan Do, a researcher at UCLA and lead author of the study, remembers thinking that the source of the bright flash of light was so unusual that he thought it was a star.

“On that night, I was just observing the stars around the black hole and there was this really bright source in the middle,” Do tells Inverse. “We’ve been looking at this black hole for years now and this was the first time I saw it doing this.”

The burst of brightness was due to light radiation caused by stellar gas and dust falling into the black hole, this time perhaps at larger quantities than usual.

The team suspected one star, referred to as S0-2, to be the possible cause of this sudden fluctuation in brightness. Recent observations of the star showed it orbiting a little too close to the center of the Milky Way in 2018, which may have disrupted the flow of gas into the black hole and pushed more gas towards its center.

The flashing light raised questions about whether or not this was a one time anomaly, or if the black hole at the center of our galaxy was becoming more active.

“Right now, it’s not clear whether this is a brief increase in activity, or a sign of a long-term change in the behavior of the black hole,” Do says.

The study, published this month in The Astrophysical Journal Letters, inspired an analogy that the black hole at the center of the Milky Way was “getting hungrier.”

The thought of a hungry black hole in our galactic neighborhood caused a bit of unnecessary frenzy, and a misplaced fear that the Earth was going to get swallowed up by the newly gluttonous black hole.

An increased interest in the study prompted the team behind the recent observations to create a video answering questions they received on Twitter.

The questions included the effects this would have on Earth, whether the Earth will be swallowed by the black hole and if this brightness could have been caused by aliens. The answers were nothing, no, and definitely not (in that order).

Do says that the Earth is at a safe, 26,000-light-year distance from the black hole, which is currently not moving toward us, or at all.

“This black hole is extremely massive, it is really dangerous if you do live next to it,” Do says. “People don’t have a good sense of scale, that is probably a part of it.”

The team behind the new study are currently at the Keck Observatory in Hawaii, and plan on using multiple telescopes to monitor the behavior of the black hole and look for other unusual behavior. They’re hoping to determine whether this was a one-off event, or if it does actually signify the beginning of a new era for the black hole. 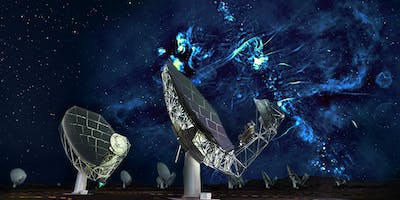 A Pair of Large, Mysterious Radio Bubbles Sits at the Center of Our Galaxy

Something violent happened in the Milky Way millions of years ago.
Read More

“The galactic center always surprises me every time I look!,” Do says.

(For the source of this, and other important articles, please visit: https://www.inverse.com/article/59325-unusual-light-flashes-from-center-of-black-hole/)