Home
News
&
WEIRD FACTS
Plant-Based Meat: Why Meat-Eaters Are Flocking to Beyond and Impossible

Plant-based meat alternatives like Beyond Meat and Impossible Foods are proving a hit with meat-eaters.

Research from the Canadian non-profit foundation Angus Reid released Tuesday shows that, of non-vegetarians that have tried plant-based meat, 75 percent said they liked or loved the taste.

That chimes with other research, which shows that meat-eaters are quickly picking up the alternatives without committing to a drastic change in their diet. Surveys suggest the buyers choose these products due to concerns like sustainability. These burgers are rapidly becoming a lucrative area for food outlets that traditionally depended on meat to bring in buyers.

“If you’re not on the plant-based protein train, you’re going to miss out on the adventure,” Andy Wiederhorn, CEO of the Fat Brands franchise group that includes Fatburger, a chain that’s seen big success selling plant-based burgers, tells Inverse.

The warm reception is a welcome boost to the fledgling sector, which has the potential to convince people to reduce their meat intake and help protect the environment. Instead of pushing everyone to make the full leap to go vegetarian, these new products can make their way into the likes of Burger King and Subway — the sort of easy-access food places where buyers would normally opt for meat out of habit.

Plant-Based Meat: Why Meat Eaters Are Taking Up the Opportunity

Meat eaters, loving the taste of Beyond and Impossible, have helped push up sales. Nielsen research last month showed that 21 percent of American households are buying meat alternatives. Of that section, 98 percent also purchase meat, and also spend more on meat than the average meat consumer. The NPD Group placed the figure at 95 percent of plant-based buyers also eating meat.

Wiederhorn says that he’s noticed many beef eaters switch it up when they come to visit. Fatburger was one of the first chains to sell the Impossible Burger across the United States when it launched in February 2018.

“We’ve seen traditional Fatburger customers, beef eaters, come in and say ‘you know what, today I’ll try the Impossible Burger,’” Wiederhorn says. “Just like sometimes they’ll take a turkey burger or something else, just to have some variety.”

These customers, dipping their toe into the meat alternative space, aren’t necessarily diving into the deep end.

“It’s not a customer who’s switching 100 percent from a beef burger to a plant-based protein, just saying ‘I’m going to mix that in,’” Wiederhorn says.

Although the restaurant’s menu touts “100 percent pure lean beef” burgers “that made us famous,” it’s seen big success with the Impossible Burger. The group sold one million patties last year, accounting for three to five percent of new customers and five to 10 percent of sales.

Wiederhorn notes that buyers are likely not interested in the health aspects. The products are designed to replicate the original tastes as much as possible, and that’s borne out in the nutritional information. Beyond Meat argues that the science proves red and processed meat consumption increases the risk of premature death. Nutritionists, however, remain less convinced that Beyond Meat definitely offers an improvement.

Wiederhorn suggests that it could be because it’s perceived as healthier by consumers looking to buy meat. They may also want to skip beef because they prefer how they feel after.

“Or it’s a sustainability issue, or it could be the animal,” he says. “I think it’s a combination of all those things. I think it crosses over a bunch of different barriers.”

The appeal of sustainability is one that comes up in research. The Frontiers study found that American audiences tended to be more politically liberal, and their purchase was driven by the excitement of something new. In India and China, buyers counted sustainability as part of their reasons for preferring the product.

Plant-Based Meat: Why Meat Eaters Switching Is Good for the Planet

Amid a warming climate, cutting back on meat could help reduce emissions and more efficiently use resources. Research from AT Kearney showed that around 1.3 kg of arable crops are required to produce one kilogram of plant-based meat, a conversion rate of 75 percent. For lab-grown meat, expected to hit shelves in 2021, it’s a still-respectable rate of 70 percent. For animals, the conversion rate is just 23 percent.

The report notes that switching to a plant-based diet could also provide more food for the world:

It is worthwhile to note that a plant-based diet would not only provide the same calories but also have the same nutritional value if crops are chosen accordingly to have enough protein. Hence, we could feed around twice as many humans with today’s global harvest if we did not feed livestock but rather consumed the yield ourselves. Based on the current worldwide population of 7.6 billion humans, we would have food for an additional 7 billion people. 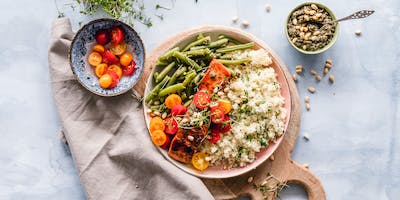 What Is Nutritional Psychiatry? 6 Food Supplements to Aid Mental Health

The study found that plant-based meat will probably only count for around 25 percent of the market by 2040, with lab meat overtaking on 35 percent and regular meat claiming 40 percent.

Considering how these products will still help drive down meat consumption and encourage more buyers to eat sustainably, even taking a quarter of the market could be enough to make a difference.

(For the source of this, and many other equally important articles, please visit: https://www.inverse.com/article/58629-plant-based-meat-why-meat-eaters-are-flocking-to-beyond-and-impossible/)