–
Chronic exposure to air pollution can be deadly. But pollutants in the air don’t just make people physically sick. Air pollution poses mental health threats as well, and they may hit children harder than adults.

A study just published in Environmental Health Perspectives shows evidence that short-term exposure to air pollution worsened children’s mental health. One to two days after experiencing certain levels of air pollution, kids were more likely to go to the emergency department for a psychiatric-related reason. The study showed that kids in poorer neighborhoods suffered more intense effects from air pollution than those in more affluent neighborhoods.

Outdoor air pollution is classified as a carcinogen, or cancer causing substance, by the World Health Organization, and decades of research show that bad air can cause asthma, stroke, heart disease, pregnancy complications among other effects.

But this new work suggests that even low levels of air pollution can have immediate psychological effects.

Medical records revealed that children were more anxious and depressed and experienced worsened adjustment disorders, or stress-related conditions, following days with particularly bad air. Researchers saw the highest spike in utilizing the emergency department for suicidality — kids thinking about, attempting, or completing suicide. This finding has particular relevance as suicide rates rise at an alarming pace.

“We’re not just talking about polar bears; we’re talking about kids going to the hospital because there’s more air pollution and more pollutants in our environment,” Cole Brokamp, Ph.D., assistant professor at the University of Cincinnati Department of Pediatrics and lead author on the study, tells Inverse. “Hopefully that’ll trigger people to take a little bit more ownership and be a little bit more motivated to act on this.”

The new study follows two others out of Cincinnati, which also link children’s mental health with air pollution.

The first study, published in June in Environmental Research showed exposure to traffic pollution during early life and across childhood was significantly associated with increased self-reported depression and anxiety symptoms in children. Similar results have been seen in adults.

The second study, published in August in the journal Environmental Research, showed recent high traffic-related air pollution exposure led to higher generalized anxiety in otherwise healthy children. The researchers speculate that traffic pollution exposure might drive changes in neurochemistry, leading to anxiety in kids. They saw elevated levels of myo-inositol in the brain, a marker for a neuroinflammatory response to traffic-related air pollution.

All three studies highlight the need for more research on how childhood exposure to air pollution may contribute to mental health issues later in life.

What’s crucial, Brokamp says, is that all of these mental health effects were seen at air pollution levels below what’s recommended by the United States government. Researchers found effects on children’s mental when levels of PM2.5 — particulate matter that’s 2.5 microns across or smaller — at 10.5 micrograms per cubic meter. The EPA air quality standards for PM2.5 concentrations are 35 micrograms per cubic meter every 24 hours.

“It’s contributing to a growing body of evidence that no level of air pollution is safe,” says Brokamp.

Too much bad air

Air pollution often conjures images of black smoke billowing from smokestacks or a haze of smog blanketing cities like Los Angeles and Delhi. But air pollution is everywhere, Brokamp says, and nowhere is completely immune to bad air. Nine out of 10 people breathe polluted air, the World Health Organization estimates.

“People think of Tokyo and these other cities that have an order of magnitude higher than the United States,” Brokamp says. “But the more studies that are done in the US are finding that there is really no safe level of air pollution known.” 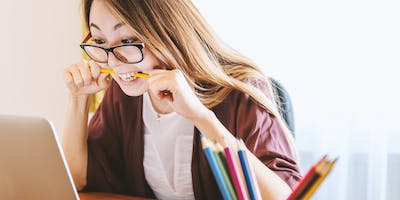 Human and mouse experiments point to the physical effects of stress.
Read More

“The smaller the pollutants are, the deeper they can get into your lungs,” Brokamp says.

In addition to lung damage, air pollution can also trigger a general cascade of inflammation throughout the entire body, he says. One third of deaths from stroke, lung cancer, and heart disease around the world are due to air pollution, according to the World Health Organization.

Pollutants enter the air from a variety of sources: burning fossil fuels for heat and power generation, transport — cars, trucks, trains and planes — and industrial outputs from agriculture and waste processing, among others.

“Since there are so many sources, you could potentially live in the middle of nowhere with nothing around you, but there still could be air pollution floating in from other parts of the country and even across the world around you,” says Brokamp. “It’s everywhere at all times, but there’s hotspots based on where you are.”

Air pollution is also impacted by the weather and elevation, and it varies day to day.

There’s inherent inequality in the air we breathe.

Living near a roadway or highway, industrial plant, or construction site can raise air pollution exposure. But living in an under-resourced neighborhood can also increase the risk of dangerous exposure.

Brokamp’s research showed that kids living in high-poverty neighborhoods suffer more intense effects than kids living in more affluent communities. Decades of research show that chronic stress created by poverty leads to “constant wear and tear on the body, disregulating and damaging the body’s physiological stress response system and reducing cognitive and psychological resources for battling adversity and stress,” according to a 2012 newsletter from the American Psychological Association.

“People that are living in under resourced communities also breathe more bad air because in areas of high poverty and high development, there are more of these sources of pollutants,” Brokamp says. “It’s a two-fold inequity.”

The health and economic costs of these mental health effects, and the emergency room visits they prompt, can be devastating.

“It’s hard to put a number on what a missed day of education is if a kid has to go to the ER for these things,” Brokamp says.

Family members have to take off work to shuttle their child to the emergency department, take care of them at home, drive to fill prescriptions for medications, and brace for the next time their kid needs help at the hospital.

While everyone may be affected by air pollution, there are ways to defend yourself from the tiny, dangerous particles: avoid outdoor activity or exercise on days with high spikes in air pollution, choose to live away from major roadways or industrial plants if you have the financial ability; wear face masks to filter some of the particles from entering your body; or walk, bike or carpool to school and work.

Background: Acute exposure to ambient particulate matter <2.5μm in aerodynamic diameter (PM2.5) has been associated with adult psychiatric exacerbations but has not been studied in children.

Objectives: Our objectives were to estimate the association between acute exposures to ambient PM2.5 and psychiatric emergency department (ED) utilization and to determine if it is modified by community deprivation.

Methods: We used a time-stratified case-crossover design to analyze all pediatric, psychiatric ED encounters at Cincinnati Children’s Hospital Medical Center in Cincinnati, Ohio, from 2011 to 2015 (n=13,176). Conditional logistic regression models adjusted for temperature, humidity, and holiday effects were used to estimate the odds ratio (OR) for a psychiatric ED visit 0–3 d after ambient PM2.5 exposures, estimated at residential addresses using a spatiotemporal model.

Discussion: These findings warrant additional research to confirm the associations in other populations.

(For the source of this, and many other important articles, please visit: https://www.inverse.com/article/59542-air-pollution-threatens-kids-mental-health/)