Feeding the world with livestock and fisheries causes over half the food industry’s greenhouse gas emissions. More than taking shorter showers or carpooling, changing what you eat is one of the most most effective ways for individuals to combat climate change.

But getting people to go meatless or eat fewer animal products has long proven difficult. Education and even monetary incentives — like a tax on red meat — have limited influence on decision-making and are politically controversial.

A study published recently in the journal Proceedings of the National Academy of Sciences looked at how increased vegetarian meal options may shift people toward a plant-based diet. By examining 94,644 meals over a single year at three cafeterias at the University of Cambridge in the United Kingdom, researchers observed meal choices in two cafeterias where varying amounts of vegetarian meals were already offered. For the third cafeteria, they increased vegetarian options from 16.7 percent to half the menu.

Researchers found that doubling the proportion of vegetarian meals increased vegetarian sales by between 41 and 79 percent. The research suggests that offering a wider variety of vegetarian options will make people more likely to go veg over a meat-based option.

Sometimes called “nudging”, shifts like these can achieve behavior change. It’s called “choice architecture”, or the physical, economic and social context in which decisions are made. Building different choice architecture, which makes environmentally sound decision-making easier, could be the key to minimizing environmental damage from meat eating. Convenience seems to influence food decisions more than information or even food labeling.

While most research has focused on the importance of reducing meat consumption globally, few studies have tested which strategies and interventions are effective in practice. The Cambridge researchers claim this is the first study to confirm this intuitive reasoning: more vegetarian options equate to higher vegetarian sales.

The study’s authors suggest that upping vegetarian options is a relatively cheap intervention that often goes unnoticed; The ingredients often cost less for school chefs’ budgets, and the practice, unlike “Meatless Mondays”, doesn’t require students to reject meat completely. Some days, they still ate that burger or grilled fish; but if there were more vegetarian options, they were more likely to mix in more vegetarian meals throughout the week. 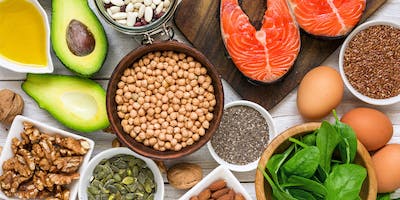 Your ultimate guide to healthiness and longevity.
Read More

Maybe the path to a plant-based world is simply offering a larger number of vegetarian options that taste good and cost less than their meat-based counterparts. More research is needed to see how cost and taste play into decision-making, and expand the studied population beyond university halls.

If all the vegetarian options taste like crap or cost an arm and a leg, then even the most concerned environmentalists or animal advocates may steer clear.

(For the source of this, and many other important articles, please visit: https://www.inverse.com/article/59696-more-vegetarian-meals-to-fight-climate-change/)