Writings by Spanish conquistadores, said to be based on Incan oral histories, say that after years of resistance the Chachapoyas were conquered by the Inca empire and forced to disperse and resettle throughout the kingdom. However, recent DNA analysis conducted by scientists at the Max Planck Institut, the Universidad Nacional Mayor de San Marcos, and the Universidad de San Martín de Porres reveals that this was not the case. In a paper published recently in Scientific Reports, they reveal that the Chachapoyas were not forcibly uprooted, and their descendants continue to live in their ancestral homeland today.

“For Peruvian society today, this matters,” co-author Jairo Valqui, Ph.D., announced in a statement. “There’s long been an appreciation of the Incas, but often at the cost of sidelining everything else in the archaeological record across Perú, and the diversity in our linguistic and genetic heritage too.”

“As these latest findings remind us: Perú is not just Machu Picchu, and its indigenous people were not just the Incas.”

In the study, the scientists used genetic evidence to prove that although this area was eventually conquered by the Incas, the people living there did not assimilate into the empire. The living Chachapoyas today, they show, remain genetically distinct.

By analyzing the genomes and Y-chromosomes of 119 people who currently live where the Chachapoyas once thrived, they found that a “high indigenous component” remained in their DNA, meaning that big parts of their genomes are distinct from the genes of other people who live in neighboring Andean regions.

Subsequent analysis also revealed that this sample of Peruvian people, who are still capable of speaking Quechua — an ancient Andes language that was essentially the lingua franca of the Inca empire — are genetically distinct from Quechua speakers in other places, like Ecuador. This suggests to the scientists that Quechua was first spoken by the Chachapoyas because of cultural diffusion into the area — not because of the migration of genetically different people to the region. When Quechua and Spanish came to the cloud mountains, local Chacapoyas languages died out, although characteristics of these languages, particularly certain sounds, still remain in some people’s surnames and in the names of some places. 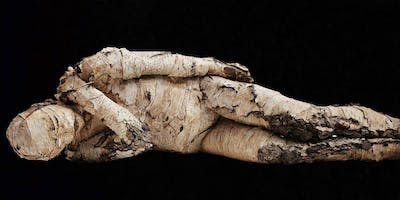 Heart disease is not “a disease limited to our time.”
Read More

“It seems that Quechua reached Chachapoyas without any big movement of people,” notes co-author Paul Heggarty, Ph.D. “This also doesn’t fit with the idea that the Incas forced out the Chachapoyas population wholesale.”

Genetic studies like this are essential to understanding the pre-colonial history of the Americas and filling in the gap of the archeological record, the researchers write. The Chachapoyas, in particular, have fascinated archaeologists for years, with their remote fortresses and distinctive culture — which included the practice of entombing high-ranking members of society into body-shaping sarcophagi. Now we know that they weren’t genetically erased from their homeland, adding one piece to the ancient puzzle.

(For the source of this, and many other interesting articles, please visit: https://www.inverse.com/article/39303-inca-empire-genetics-chachapoyas/)