Meet the Shapeshifter: a robot designed to roll, float, swim, fly, and ultimately reveal the secrets of the solar system on daring adventures.

The rollable machine, developed at NASA’s Jet Propulsion Laboratory in Pasadena, California, has been tested in a 3D-printed prototype form. In its current state, a robot surrounded by a cylindrical construction can roll along, before splitting apart and switching into two flying drones.

The team hopes to eventually expand the concept out further to cover 12 robots, joining together to form a ball. The bots, with individual propellers, could go cave exploring or sea diving by joining together to move themselves along. While the test machines are currently semi-autonomous, future missions would require the bots to act more independently.

“It is often the case that some of the hardest places to get to are the most scientifically interesting because maybe they’re the youngest, or they’re in an area that was not well characterized from orbit,” Jason Hofgartner, JPL lead scientist for Shapeshifter, said in a statement. “Shapeshifter’s remarkable versatility enables access to all of these scientifically compelling places.”

Watch the prototype in action here:

NASA believes the robots could be ideal for a future mission to Titan, a moon orbiting Saturn that’s believed to be the only other place in the solar system with liquid on its surface.

“We have very limited information about the composition of the surface. Rocky terrain, methane lakes, cryovolcanoes — we potentially have all of these, but we don’t know for certain,” said JPL Principal Investigator Ali Agha. “So we thought about how to create a system that is versatile and capable of traversing different types of terrain but also compact enough to launch on a rocket.”

The machines, Agha suggests, could join with a mothership similar to the nine-foot-wide Huygens probe. This would provide energy for the little machines and act as a storage area. Agha claims that 10 “cobots” would be enough to lift the probe and move it around. 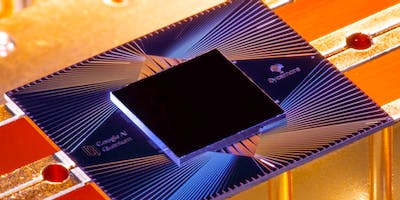 NASA has explored a number of projects for future missions to Titan. One idea is a submarine, developed by Washington State University, that could explore the methane and ethane oceans. Another is an eight-rotor craft called Dragonfly that could fly around the moon.

Dragonfly is expected to launch in 2026, as part of the next mission to Titan. Unfortunately, that means even if the JPL group can assemble the “cobots” at speed, it may be a while before they actually get to do some solar system exploring.

(For the source of this, and many other equally interesting and important articles, and to watch the video associated with it, please visit: https://www.inverse.com/article/59618-nasa-s-cute-shapeshifting-robots-could-explore-far-reaches-of-solar-system/)