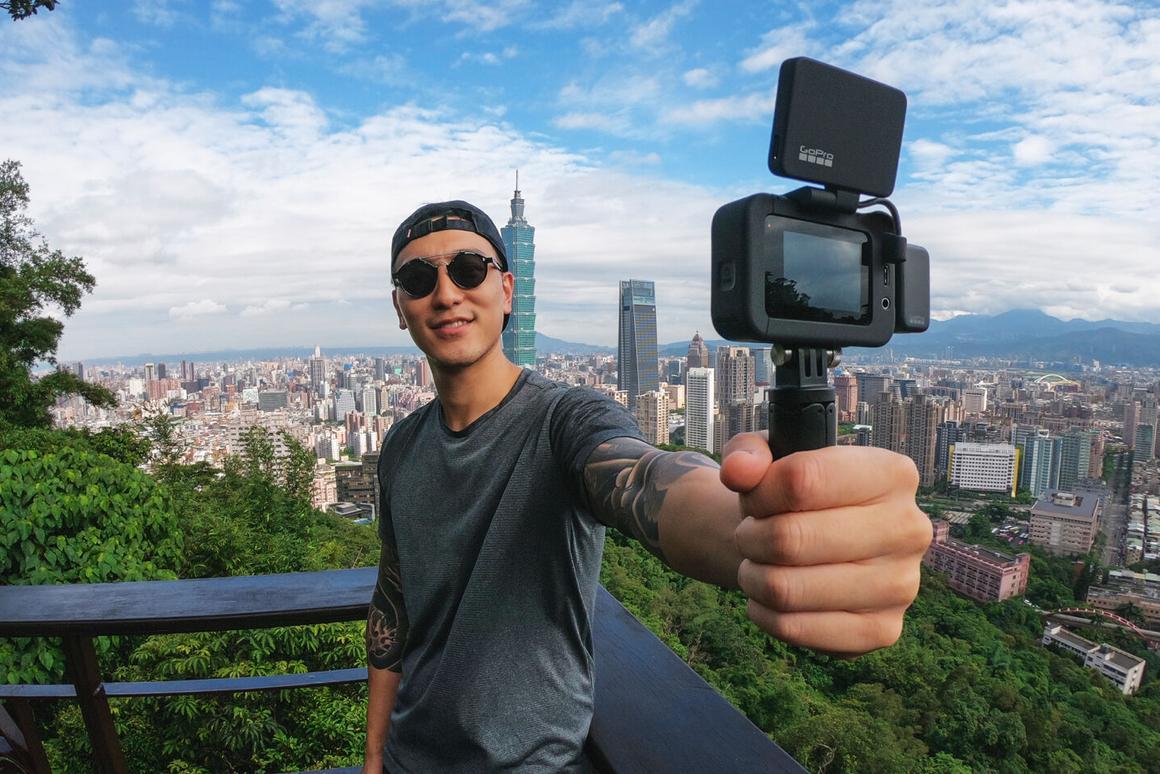 Add-on accessories for the GoPro Hero8 Black include a Media Mod and Display Mod.  GoPro.
–
After a short online teaser campaign, GoPro has pulled back the curtain on the successor to last year’s Hero7 Black. The Hero8 Black benefits from improved stabilization, a new feature called Digital Lens, and the ability to connect hardware add-ons – or Mods – to the actioncam.
–
The new GoPro flagship can capture 4K/60p footage (as well as Full HD at 240 frames per second), and comes with second generation Hypersmooth technology that works in all resolutions and frame rates, and now includes a Boost mode that turns the stabilization up a notch, as well as in-app auto horizon leveling. TimeWarp also moves to its second generation, which brings with it the ability to auto-match capture speed with how fast you’re going. This can be slowed down to real time or sped up again by tapping the touchscreen.

But the headline feature here is the ability to expand the Hero8 Black’s feature set with add-ons. The US$79.99 Media Mod housing adds a shotgun microphone, two cold shoe mounts, 3.5 mm mic ports, USB-C and HDMI to the setup. The $79.99 Display Mod attaches to the top of the Media Mod and offers a folding 1.9-inch display. And the $49.99 waterproof Lighting Mod can be attached to the Media Mod or directly to a GoPro mount, and comes with a diffuser to soften lighting while filming, and packs its own rechargeable battery.

Users can also tap into available shooting presets or custom create up to 10 of their own, and a Digital Lens feature offers four different fields of view – SuperView, Wide, Linear and Narrow. Other improvements to the design include a tougher lens, a weight-saving of 14 percent, the promise of more detail, the extension of RAW to all photo modes, a Night Lapse mode with in-cam processing, and there’s voice control too.

The GoPro Hero8 Black is priced at $399.99, and is currently up for pre-order with availability pegged for later this month. Mods will follow in December. The video below has more.

(For the source of this, and many other interesting and important articles, and to watch the video associated with it, please visit: https://newatlas.com/digital-cameras/gopro-modular-hero8-black/)