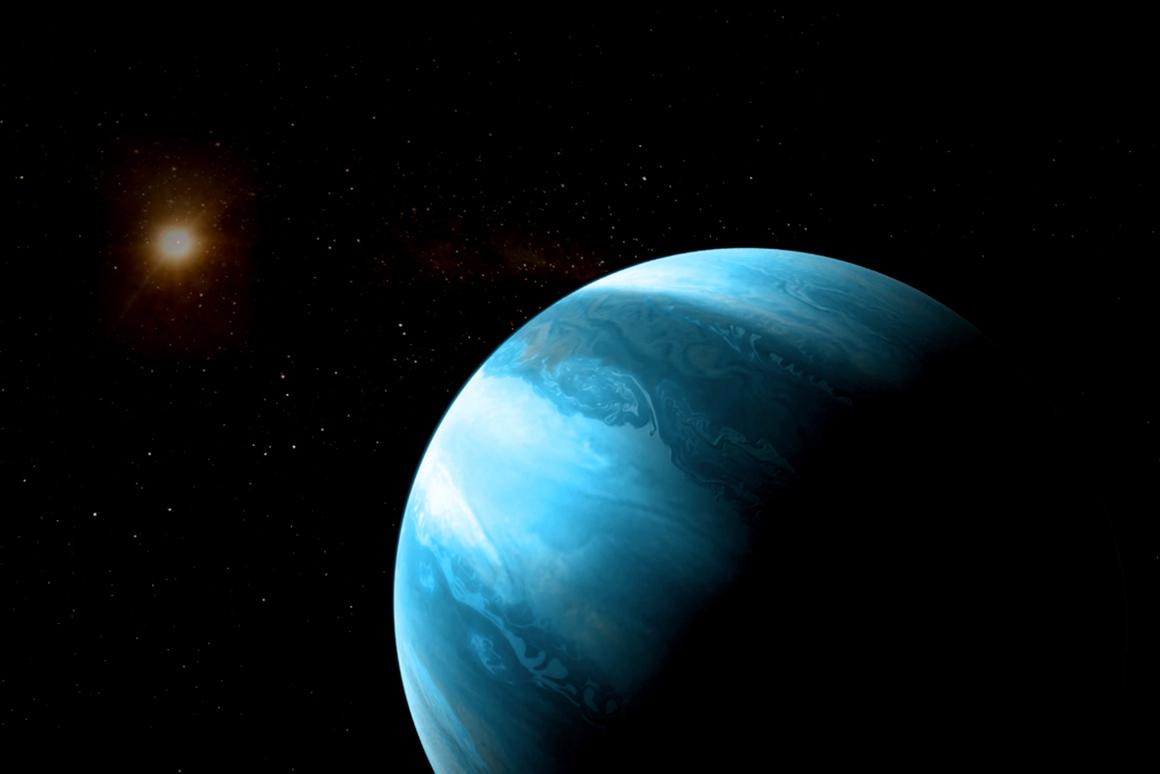 An artist’s illustration of a gas giant planet like GJ 3512b orbiting a red dwarf star.  CARMENES/RenderArea/J. Bollain/C. Gallego.

An unexpected discovery is challenging our accepted understanding of how planets form. Astronomers have spotted a gigantic gas planet orbiting a small red dwarf star, which shouldn’t be possible according to current models.

Located about 30 light-years from Earth, GJ 3512 is a red dwarf star that has only about 12 percent the mass of the Sun. Meanwhile the planet, GJ 3512b, is a gas giant with a little under half the mass of Jupiter. That means the star is only about 250 times more massive than the planet – a ratio that doesn’t sit well with current theories.

“Around such stars there should only be planets the size of the Earth or somewhat more massive Super-Earths,” says Christoph Mordasini, an author of the study. “GJ 3512b, however, is a giant planet with a mass about half as big as the one of Jupiter, and thus at least one order of magnitude more massive than the planets predicted by theoretical models for such small stars.”

Current thinking says that planets form through core accretion – basically, small fragments of dust and gas gather from a disk surrounding young stars, slowly collecting more material and growing larger and larger. If this process occurs in this way, small stars would be expected to host a larger number of smaller worlds. TRAPPIST-1 is a prime example, with its seven roughly-Earth-sized planets.

The team says that this could indicate that the planet formed through a different mechanism. Gravitational collapse has been posed in the past as an explanation for how gas giants get started. This theory suggests that when a pocket of gas becomes dense enough, its gravity causes it to collapse into a planet. But this story doesn’t quite cover all bases either.

“Why hasn’t the planet continued to grow and migrate closer to the star in this case?” says Mordasini. “You would expect both if the gas disk had enough mass to become unstable under its gravity. The planet GJ 3512b is therefore an important discovery that should improve our understanding of how planets form around such stars.”

The planet was discovered by a research consortium called CARMENES, using an infrared spectrograph installed at the Calar Alto Observatory in Spain. Using this instrument, astronomers spotted the telltale wobble of the star, as the gravity of the giant planet tugged on it as it orbits.

(For the source of this, and many other important articles, please visit: https://newatlas.com/space/impossible-giant-planet-small-star/)