It gave them access to water, drainage, and ready building materials.

Machu Picchu, the 600-year-old Incan citadel in modern-day Perú, is notoriously hard to get to. Built on a narrow ridge in the Andes Mountains, this UNESCO world heritage site is still difficult to reach even today, let alone for the ancient Incas who built it. And now researchers think they know why.

At the 2019 Geological Society of America conference in Arizona recently, Rualdo Menegat, Ph.D., presented findings that suggest the location of this Inca sanctuary and those of several major surrounding cities were likely chosen because they sit at the intersection of fault lines.

“It could not be built on a whim,” Menegat, a geologist at Federal University of Rio Grande do Sul in Brazil, told Newsweek. “It is part of a practice of building settlements in high rocky places…Machu Picchu is not an isolated case of Inca survival strategy in the Andes.”

To determine the tectonic importance of the sanctuary’s location, Menegat’s team used both satellite and field data over the course of 11 years to map the areas intersecting faults and fractures underneath the 110-mile long site. Menegat told Newsweek that the researchers also frequently touched base with local Peruvian scholars including geologists, archaeologists, urbanologists, and ecologists to verify the accuracy and importance of the study’s findings.

Through this research they found that Machu Picchu sits at the intersection of several major fault lines, some of which may have actually been responsible for giving rise to the Central Andes Mountains over the past 8 million years. Because these fault lines are oriented either from the northeast-to-southwest or northwest-to-southeast, researchers found that they intersect underneath Machu Picchu in an “X” shape.

While this might sound potentially dangerous — or at least mysterious —Menegat says that building Machu Picchu at this intersection is probably what enabled the Incas to build it and sustain the site the way they did.

“Where faults intersect, the rocks are even more fractured,” Menegat said. “Therefore, they are places that have more loose blocks on the surface, and also places where [the rocks] can be easily removed to build terraces and buildings. In addition, the blocks take on typical shapes such as triangles, hexagons and rhombohedra. These forms fit geometrically on the wall mosaics of buildings.”

In addition to finding an abundance of pre-fractured rocks at the site, Menegat says the site would have also experienced fresh water flow from ice melts thanks to the faults, not to mention easy drainage, which would have helped preserve the location throughout the years.

“The preexisting fractures aided this [drainage] process and help account for its remarkable preservation,” Menegat said in a press release. 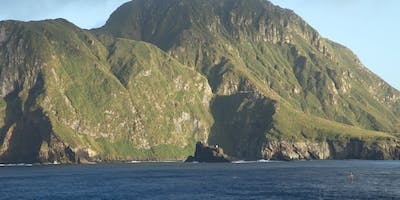 The research also found that other Incan cities like Ollantaytambo, Pisac, and Cusco were also built along these fault lines for similar reasons.

As for how the Inca knew to build there, Menegat told Newsweek it wasn’t necessarily that the they knew the location of these fault lines, but rather that they took advantage of the resource abundance they found at those locations.

While the architecture of Machu Picchu has survived hundreds of years thanks to the resources the Inca found at these fault intersections, the site today is under threat from over-tourism, particularly in the form of vandalism and theft of stone remnants. With any luck, answering these questions about the geologic importance of Machu Picchu’s location will help encourage more preservation efforts — and not too many more tourist visits.

(For the source of this, and many other interesting articles, please visit: https://www.inverse.com/article/59619-machu-picchu-geology-reveals-fault-line-secret/)