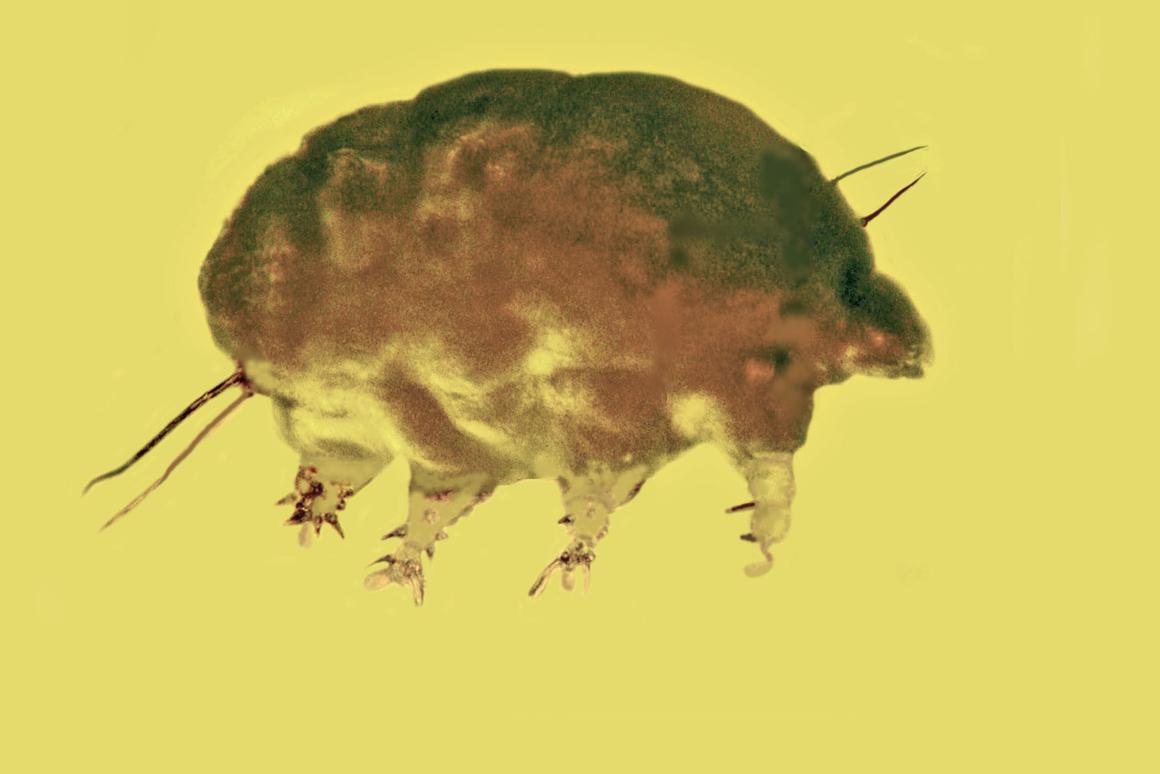 Researchers at Oregon State University have discovered a brand new creature preserved in 30-million-year-old amber. The tiny invertebrate, casually dubbed the “mold pig,” is not only a new species but is so different from anything else that it’s been placed in a new genus and family all of its own.

Officially the new critters are called Sialomorpha dominicana, which translates from Greek (rather harshly) into “fat hog shape.” It’s not hard to see why – they’re kind of dumpy, with a small, flexible head and eight stubby legs protruding out of a blob of a body that measures just 100 microns long.

If that’s where the “pig” part of their nickname comes from, the “mold” part was inspired by their diet. Fungal mold was found inside the same Dominican amber as hundreds of specimens of the new creature, suggesting that was their favored food source. The team also discovered other lifeforms in the amber, such as pseudoscorpions, nematodes, fungi and protozoa, which helps to fill out the ancient ecosystem they existed in.

“Every now and then we’ll find small, fragile, previously unknown fossil invertebrates in specialized habitats,” says George Poinar Jr, co-author of the study. “And occasionally, as in the present case, a fragment of the original habitat from millions of years ago is preserved too. The large number of fossils provided additional evidence of their biology, including reproductive behavior, developmental stages and food.”

The mold pigs look an awful lot like the famously indestructible tardigrades, and they share more than a passing similarity to mites. But the team says they aren’t as closely related as they may appear – for instance, they don’t have any claws on the end of their legs, like tardigrades and mites do. In fact, the new creatures don’t fit neatly into any existing group of animals on the tree of life.

“The mold pigs can’t be placed in any group of currently existing invertebrates – they share characteristics with both tardigrades and mites but clearly belong to neither group,” says Poinar. “Based on what we know about extant and extinct microinvertebrates, S. dominicana appears to represent a new phylum. But we don’t know when the Sialomorpha lineage originated, how long it lasted, or whether there are descendants living today.”

The research was published in the journal Invertebrate Biology.

(For the source of this, and many other quite interesting articles, please visit: https://newatlas.com/science/mold-pigs-new-species-amber/)