The animal kingdom is full of creatures capable of an ability that humans associate more with X-Men’s Wolverine than our fellow man. Sea stars, salamanders, zebrafish, and more can regenerate their limbs, but humans can’t. However, a new study suggests that human limb regeneration isn’t impossible, and that far-off future could transpire because of something we have in common with non-mammals.

This realization stemmed from a desire to identify ways to treat the disease process of osteoarthritis, a degenerative joint disease. It’s the most widespread arthritis in the world but, at the moment, there only drugs that treat the symptoms — not prevent it.

Senior author Virginia Byers Kraus, M.D., Ph.D., a professor at the Duke University School of Medicine, tells Inverse that her team’s goal was to “identify the constituents of cartilage and in the course of doing these experiments, we identified a natural cartilage repair process that is strongest in ankle cartilage, intermediate in knee cartilage, and low in hip cartilage.”

We humans have a “salamander-like regenerative capacity.”

And in turn, Kraus and her team reveal in a study released recently in Science Advances that the existence of this repair process means that we humans have a “salamander-like regenerative capacity.” While our own ability to regenerate is very limited in comparison, this still establishes a basis for human limb regeneration.

How we found this out

In turn, they found that overall cartilage in ankles is young, it’s middle-aged in knees, and it’s oldest in hips. This is because the rate of regeneration is different in each of these body locations. The scientists note that this correlation between age of cartilage and location in the body is similar to how limb repair works in other animals: The tips of animal bodies tend to regenerate first, things like legs and tails. This could also explain why, while we can’t grow back limbs, some people do grow back the tips of their toes.

Our own regenerative capacity comes down to our cartilage, the elastic, connective tissue found throughout the body. Kraus and her team collected cartilage samples from the Duke University Hospital — these were collected from patients with late-stage osteoarthritis who came in for total arthroplasty surgery. The overall 18 cartilage specimens evaluated included healthy and diseased examples of hip, knee, and ankle cartilage.

The crux of the experiment involved determining the age of the proteins in the samples by determining how many amino acid conversions have occurred in the cartilage. That’s important because newly created proteins in tissues have fewer amino acid conversions, while older proteins have many. So, when the scientists identified younger cartilage proteins, they were able to identify joint sites where there are high rates of tissue natural repair capability.

Could we heal our bodies in such a transformative way?

“In the case of regenerative microRNA that we studied, interestingly, they promote regeneration indirectly by inhibiting the inhibitors of the repair process,” Kraus explains. For example, one thing the team found was that a regenerative microRNA called miRNA-21 inhibits a gene that itself inhibits the production of collagen, which is necessary for cartilage repair and health. So the end result is that this microRNA actually increases the ability of cartilage cells to make different collagens.

Furthermore, the team discovered that this protein-turnover process is regulated by molecules called microRNA. There are about 2,300 microRNAs made by human cells, and they control about one-third of all the messenger RNA that make proteins. Accordingly, they regulate 30 percent of the entire human genome — and are active in animals known for limb, fin, and tail regeneration. 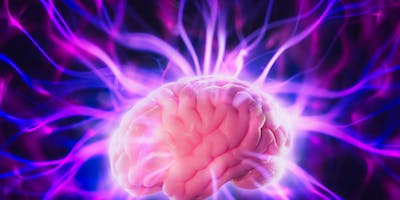 “There are efforts to use non-invasive brain stimulation to boost memory.”
Read More

“We are excited to learn as much as possible about what we share in common and what are missing,” Kraus says. “Perhaps we need more, or are missing crucial components that might someday be brought together in strategies to restore human limbs.”

In the near future, this could lead to new medicine that can prevent, slow, and reverse arthritis. In the far, it could mean bringing back parts or whole limbs, something that could help millions.

Unlike highly regenerative animals, such as axolotls, humans are believed to be unable to counteract cumulative damage, such as repetitive joint use and injury that lead to the breakdown of cartilage and the development of osteoarthritis. Turnover of insoluble collagen has been suggested to be very limited in human adult cartilage. The goal of this study was to explore protein turnover in articular cartilage from human lower limb joints. Analyzing molecular clocks in the form of nonenzymatically deamidated proteins, we unmasked a position-dependent gradient (distal high, proximal low) of protein turnover, indicative of a gradient of tissue anabolism reflecting innate tissue repair capacity in human lower limb cartilages that is associated with expression of limb-regenerative microRNAs. This association shows a potential link to a capacity, albeit limited, for regeneration that might be exploited to enhance joint repair and establish a basis for human limb regeneration.

Scientists have searched for a way to regenerate our limbs like salamanders ever since the Italian naturalist Lazzaro Spallanzani described the amphibian’s ability in the eighteenth century. To get there, Kraus says the next steps involve testing regenerative microRNA in the animals that get osteoarthritis both naturally and by injury, just like humans.

This work connects back to the previous finding that regenerating animals like the axolotl and a fish called a bichir contain the microRNAs necessary for tissue repair — and the hope that, if microRNAs in humans can be programmed to work like they do in these animals, we could heal our bodies in such a transformative way.

(For the source of this, and many other important articles, please visit: https://www.inverse.com/article/59962-osteoarthritis-join-study-regenerate-limbs/)