Each night, the brain expects you to finally go to sleep, although not everyone actually caves to the brain’s request. Fighting that signal to slumber has all kinds of long-term effects on health, as well as happiness. In a new study, scientists advanced our understanding as to why the brain wants us to sleep so badly: It’s put in the work to us get ready for it.

Sleep may be a restful state, but it’s actually a time when the brain gets down to important business, including consolidating the memories we made during the day. In two highly detailed experiments on mouse brains published recently in Science, a team of scientists in Europe showed that the brain essentially preps for sleep each day, reshuffling tons of genetic material into the synapses where, once sleep arrives, they can get right down to work.

It’s shipping them there in a way that anticipates your day or night.”

The lead study author of one of those papers, Steven Brown, Ph.D., runs a lab at the University of Zürich that studies circadian rhythm, an internal clock that governs when you sleep and rise, as well as “basically all aspects of your physiology,” as he tells Inverse. Brain synapses respond to this clock too, Brown explains, and they do that by shuffling around microRNAs, or genetic material within the cell, that are eventually translated into proteins.

In his new experiments, though, he showed that the circadian rhythm and our own sleeping schedules actually have different effects on how those microRNAs ever achieve their destiny and become proteins. In turn, when those elements are disrupted by something like sleep deprivation, the process can result in a brain that’s impaired.

“What is clear is that time of day changes synapses,” Brown tells Inverse. “And it was also clear that sleep and wake change synapses. But I think that the main reason our paper is where it is, was that our paper was the first to systematically disentangle the two.”

What happens to synapses when we don’t sleep?

Brown’s experiment showed that the brain basically stockpiles microRNAs in two major periods: right before sleep and right upon waking up. In that way, they ebb and flow right in tune with our circadian rhythms, which are telling the brain whether to sleep or rise.

Brown says the way to think about this is like Amazon’s anticipatory shipping process. Basically, Amazon is sending your package to a warehouse near you before you even buy it. Your brain, says Brown, does the same thing with microRNAs.

The actual proteins that you need for day and night are different. The proteins that usually get expressed during the day deal with synthesis, renewal, and energy. Those proteins help cells deal with the stress of life.

But when we’re prepping for sleep, the brain expresses proteins related to synaptic plasticity — which is how cells learn to communicate with one another and form new connections.

Brown showed that it’s the sleep-wake cycle that actually helps these microRNAS to actually get translated into proteins. Then, those proteins can carry out their jobs in the brain.

What happens when we don’t sleep? In that case, says Brown, “exactly zero” of thousands of those pre-loaded microRNAs actually get turned into protein, and instead, proteins that are important for the waking process are translated. But even that isn’t without its woes.

In the second paper, Brown and the team note that lack of sleep resulted in 98 percent of those proteins not being phosphorylated. Phosphorylation is when a phosphate group is attached to a protein after it’s been translated. That’s one way the body can tinker with the way the protein functions after it’s been made.

In other words, the sleep-wake cycle acts like a trigger for these proteins to achieve their full destiny in the cell. When that sleep doesn’t come, things get thrown out of whack.

What does this mean for the brain?

These researchers say it’s unclear exactly how this creates widespread effects on the brain, since they only studied short sleep deprivation cycles in mice. That fact also makes it hard to generalize the results to humans at this stage.

That makes sense because tomorrow morning you will start off with roughly the same amount of synapses you had this morning.”

However, Brown suggests that these findings actually reinforce one concept that explains why sleep is important for memory. This idea is that sleep actually plays a type of pruning role in the brain — it helps you take all the new information you’ve acquired during the day, and sorts it down into what’s really worth storing in your limited neural hard drive.

During the day, we form new connections, but when we sleep the brain will trim them away, or so the theory goes, according to Brown.

His findings suggest that the way that RNAs (and the proteins they become) get preloaded into synapses might be the deep cellular underpinnings behind this process in the brain. At the end of the day, the brain is essentially priming your brain to tuck into bed each night, and getting it stocked with everything it needs to process a tumultuous day. 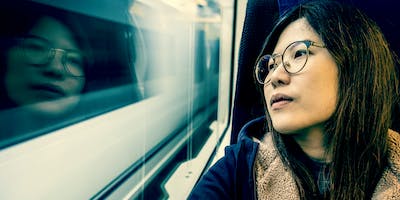 People at risk for depression have these 6 personality characteristics

Research has identified what puts people at risk.
Read More

When we don’t sleep, we may be depriving our brains with some of those tools it needs to get the job done.