One in five invertebrate animal species are affected by the wildlife trade.

Even while global efforts like the recent World Animal Day raise awareness to protect endangered species, wildlife researchers just delivered some shocking news: The wildlife trade is as bustling as ever.

About 18 percent of land-dwelling vertebrates are affected by the global wildlife trade that’s driving species toward extinction, scientists found in a study published recently in Science. This group of at-risk animals includes birds, mammals, amphibians, snakes, and reptile like lizards.

The extent of the trade is much larger than researchers previously believed, and all signs indicate it will keep growing. Widening demand could increase the list of 5,500 species being traded now to nearly 9,000 species in the near future, though the team does not specify a timeframe.

“The sheer diversity of species being traded is astounding,” David Edwards, Ph.D., professor of conservation science at the University of Sheffield and the study’s corresponding author, tells the BBC. So “the risk that that will grow is very worrying.”

A major factor driving the growth of the wildlife trade is that many animals already being traded also have close relatives that are not yet being traded — but they could be soon.

Their similarity to desirable animals puts them at high risk of being brought into the wildlife trade. Animals with “rare phenotypes” like brightly colored feathers, specific body shape or size, or perceived medicinal value are also big money makers.

As those animals are poached so much that they become hard to find, traders substitute their cousins. As populations of Asian pangolins have declined due to overhunting for their scales and meat, for example, they’ve been replaced by African pangolins.

Demand for the African species in Asia is now much higher than it used to be, the researchers write.

The wildlife trade is lucrative, too. It’s “one of the world’s largest illegitimate businesses,” bringing in between 8 and 21 billion dollars annually, the researchers write. And demand for the thousands of species of wild plants and animals being traded is rapidly expanding. 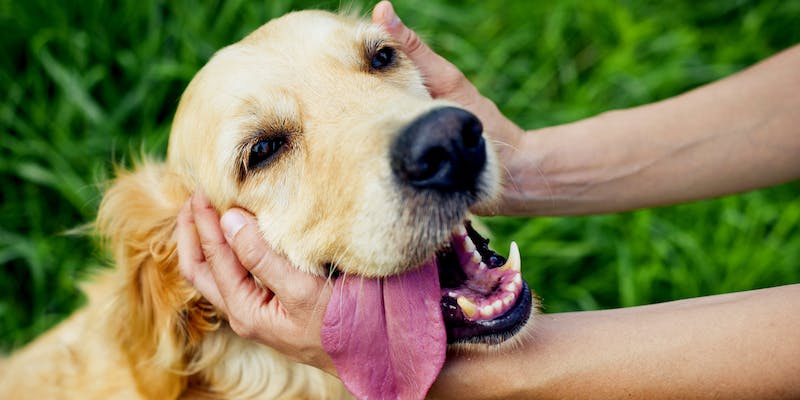 The scientific reasons why being around pets boosts mental health

“There is something unique about our relationship with animals.”
Read More

The new study identifies wildlife trade hotspots, which are “concentrated in the biologically diverse tropics.” The most popular species in those centers of trade vary: exotic birds in the eastern Amazon rainforest and the Andes mountains; amphibians in the western and central Amazon; reptiles in Australia and Madagascar; mammals in Africa and Southeast Asia.

In all, wildlife trade is about 40 to 60 percent higher than researchers expected, the new study finds. With World Animal Day, advocates are fighting, in part, to bring that figure down.

World Animal Day’s mission is “to raise the status of animals in order to improve welfare standards around the globe,” reads the event’s website. The day coincides with the feast day of St. Francis of Assisi, the patron saint of animals and ecology.

Organizers want the event to be one that “unites the animal welfare movement,” which includes concurrent movements for wildlife and laboratory animals.

“World Animal Day is the one day of the year that embraces all animals and the unique concerns of each, in every country,” the website reads. “It’s a special opportunity to commemorate our love and respect for animals by doing something special to highlight their importance in the world.”

In that spirit, the wildlife trade study authors write that their work “underscores the need for a strategic plan to combat trade with policies that are proactive rather than reactive.”

Planning for protection in advance is especially important, they say, “because species can quickly transition from being safe to being endangered as humans continue to harvest and trade across the tree of life.”

Abstract: Wildlife trade is a multibillion dollar industry that is driving species toward extinction. Of >31,500 terrestrial bird, mammal, amphibian, and squamate reptile species, ~18% (N = 5579) are traded globally. Trade is strongly phylogenetically conserved, and the hotspots of this trade are concentrated in the biologically diverse tropics. Using different assessment approaches, we predict that, owing to their phylogenetic replacement and trait similarity to currently traded species, future trade will affect up to 3196 additional species—totaling 8775 species at risk of extinction from trade. Our assessment underscores the need for a strategic plan to combat trade with policies that are proactive rather than reactive, which is especially important because species can quickly transition from being safe to being endangered as humans continue to harvest and trade across the tree of life.

–
(For the source of this, and many additional interesting and important articles, please visit: https://www.inverse.com/article/59858-wildlife-trade-animal-day/)