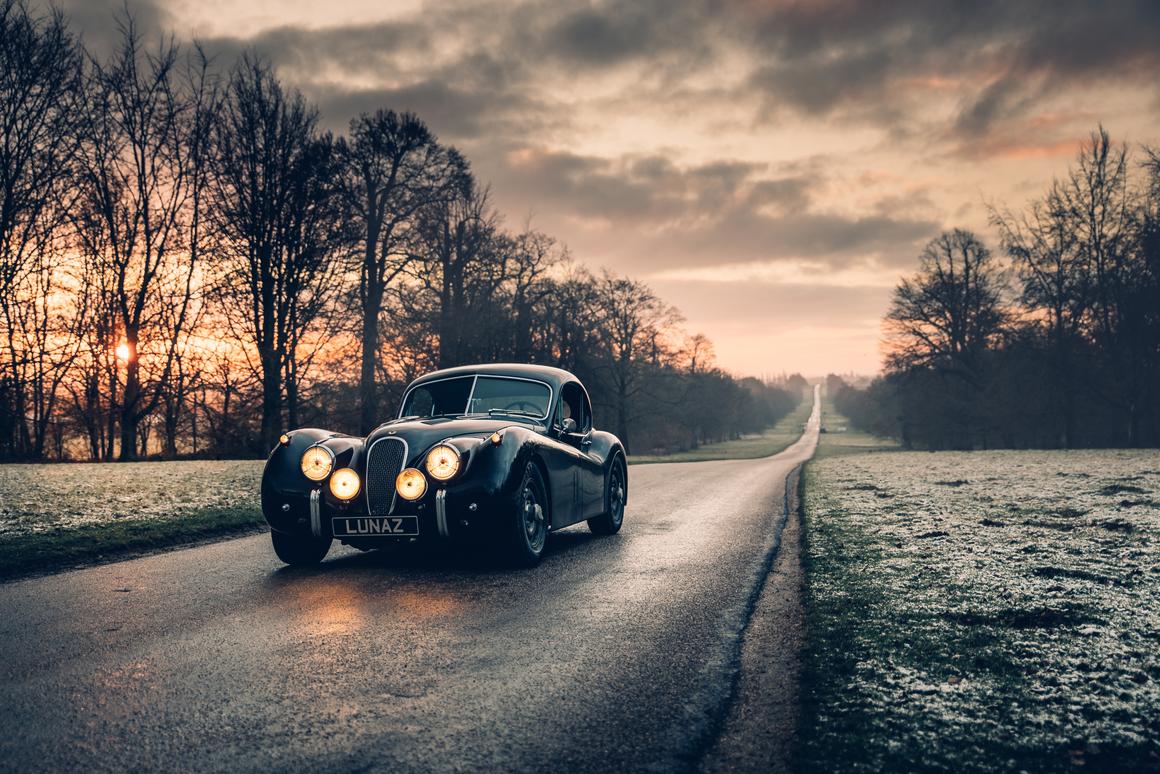 Brand new startup Lunaz seeks to make a bold entry into the high-end car market, as it announces its plan to restore history’s “most beautiful and celebrated cars,” fitting them with all-electric powertrains to keep them relevant in the 21st century.

Though Lunaz may be a new name on the market, its team is replete with automotive expertise.

The electric powertrains are new, proprietary technology which is designed and built entirely in-house in Silverstone, UK, and adapted “to the millimeter” for each model of the car, not only for fit, but to suit its intended driving characteristics. This is informed by weighing the original vehicle at each corner to assess how that weight is distributed. The cars are stripped back to their metal exteriors, then 3D scanned so the bespoke powertrain needed can be designed by computer.

Its electric car credentials gain bonus points for including fast-charging and regenerative braking with every model, plus the welcome drive aids of traction and cruise control. The cars’ accelerators are converted to throttle-by-wire. An especially nice touch is that the old fuel caps are repurposed as electric charge points.

Lunaz says it will update interiors with bespoke designs from leaders from the automotive and fashion industries. Its cars will also come equipped with Sat Nav, Wi-Fi, communications and entertainment systems. New heating and air conditioning systems will be fitted. Lunaz says even the original dashboard dials will be “adapted” for use in an electric car. The company claims to address even imperceptible body defects before finishing.

The team is currently working on three classic models: a 1961 eight-seater Rolls-Royce Phantom V which will come complete with a 120-kWh battery pack; a 1953 Jaguar XK120 with an 80-kWh pack; and a 1956 Rolls-Royce Silver Cloud (with a power pack yet to be revealed). The Jag sounds nearest to completion, being in final testing. Lunaz says its twin motors are good for 700 Nm (516 ft-lb) of torque from standstill and 375 bhp.

The project has come to fruition under the technical leadership of Jon Hilton, former Technical Director for the engines divisions for a number of Formula 1 teams, including Renault. The Lunaz team has gathered experience from Aston Martin, Ferrari, Ford, Jaguar, Volkswagen, McLaren, Rolls-Royce, plus the world of F1.

Along with Hilton, Lunaz was founded by classic car-lover David Lorenz, inspired by the birth of his first child.

“For Luna, my daughter, not to have access to a car like the Mercedes-Benz 190SL when she is of driving age would be a tragedy,” Lorenz explains in a press release. “Without building Lunaz, this is the reality she faces.”

(For the source of this, and many other equally interesting articles, and to see all 15 images, please visit: https://newatlas.com/automotive/lunaz-electric-classic-cars/)