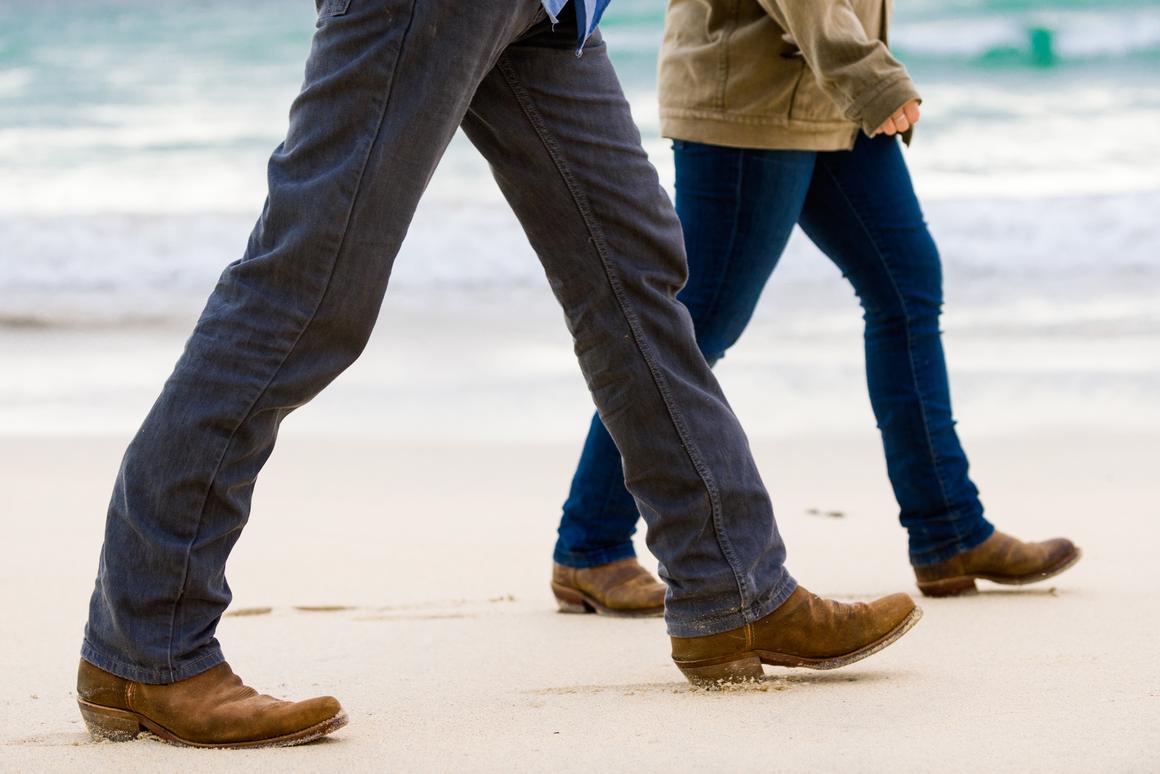 A study suggests slow gait at the age of 45 may be a sign of accelerated aging.  Andreaobzerova/Depositphotos.

–
Gait speed, or the pace at which a person walks, has long been effectively used as a biomarker for neurological and physiological health in older subjects. A fascinating new study is for the first time suggesting that gait speed may also be an effective measure of biological aging for someone in their 40s.

“Doctors know that slow walkers in their seventies and eighties tend to die sooner than fast walkers their same age,” explains senior author Terrie Moffitt. “But this study covered the period from the preschool years to midlife, and found that a slow walk is a problem sign decades before old age.”

The data used in the research comes from the influential longitudinal study known as the Dunedin Multidisciplinary Health and Development Study. This study has been closely following a single cohort of subjects since birth in the early 1970s. All 904 subjects, currently aged 45, were measured for gait speed.

The study revealed a distinct correlation between slower gait speed and physical and biological indicators of accelerated aging. The slowest quintile of walkers at age 45 displayed structural brain changes, such as lower total brain volume and lower mean cortical thickness. This suggests gait speed is not only a marker of decline for geriatric subjects but can also signify accelerated biological aging for middle-aged subjects.

The study also uncovered a correlation between neurocognitive testing at the age of three and gait speed at the age of 45. This association was strong enough to be able to use cognitive scores from testing in childhood to accurately predict a person’s walking speed 40 years later.

The study data is not without its limitations. Unfortunately, the Dunedin study has no brain imaging or gait speed data from the subjects at younger ages. This means there is no clear longitudinal data tracking changes in gait speed from adolescence to adulthood. It is also unclear exactly what causal mechanism could be linking childhood neurocognitive functioning and midlife gait speed.

From a clinical perspective the research suggests gait speed may be a useful indicator of health concerns in middle-aged adults, and this isn’t the only study to use gait as a novel diagnostic tool. Recent research revealed gait analysis can identify different types of dementia in the early stages of cognitive decline, and even detect glaucoma before symptoms of visual deterioration appear.

The new study was published in the journal JAMA Network Open.

(For the source of this, and many other important articles, please visit: https://newatlas.com/medical/walk-slow-age-fast-healthspan-aging-gait-speed/)