A morning croissant could hold the answer to the planet’s energy problems.

Scientists at Queen Mary University of London have developed a dielectric capacitor with the ability to store more energy than anything else of its kind. Similar to a battery, this new creation could help store electricity harvested from renewable sources like wind and solar to keep the lights on round the clock.

The breakthrough came from looking at the structure of a croissant. The delicious breakfast treats are produced by pressing and folding the dough to gradually layer up and create a pastry. The researchers did the same pressing-and-folding technique with a polymer film capacitor and found they could store 30 times more energy than the best dielectric capacitor on the market. The findings were published recently in Nature Communications.

“We are still far away from beating batteries,” Emiliano Bilotti, lead researcher of the study, tells Inverse. “Perhaps it will never happen. But with our work, we have substantially pushed the bar of the energy density a polymer film capacitor can store. This means that capacitors might find broader application fields and, perhaps, work better in tandem with batteries to compensate for each other’s limitations and get the best of both worlds.”

The team behind the discovery is hopeful that, beyond drawing to mind coffee and cafés, their results could help sustainable energy sources.

“Storing energy can be surprisingly tricky and expensive and this is problematic with renewable energy sources which are not constant and rely on nature,” Bilotti said in a statement. “With this technique we can store large amounts of renewable energy to be used when the sun is not shining and it is not windy.”

As the world races to build lithium-ion batteries like the 100-megawatt South Australia project, every energy-storing boost could help.

A battery, as explained by Machine Design, stores electricity through two terminals and an electrolyte. It uses a chemical reaction to store and release the energy. It can hold a lot of energy, but it’s slow to release that energy. 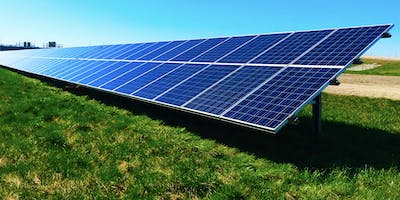 The renewable energy source has had an incredible decade.
Read More

Dielectric capacitors, on the other hand, store the energy with two conductive plates and a dielectric in between. They’re able to release energy fast, making them ideal for motor drives and other vehicle power systems. But they’re also unable to store too much energy, limiting their applications.

With this latest discovery, the team’s capacitors can store 30 times more energy than biaxially oriented polypropylene, the best commercially-available dielectric capacitor. The team claims that they don’t know of any other polymer-based dielectric capacitor with a higher density.

“This finding promises to have a significant impact on the field of pulse power applications and could produce a step-change in the field of dielectric capacitors, so far limited by their low energy storage density,” Mike Reece, another author of the study, said in a statement.

As the world seeks to transition onto renewables and cut down on carbon emissions, it’s the sort of breakthrough that could help society use energy more efficiently. Hopefully, as with the croissant it resembles, this new capacitor finds a chance to rise.