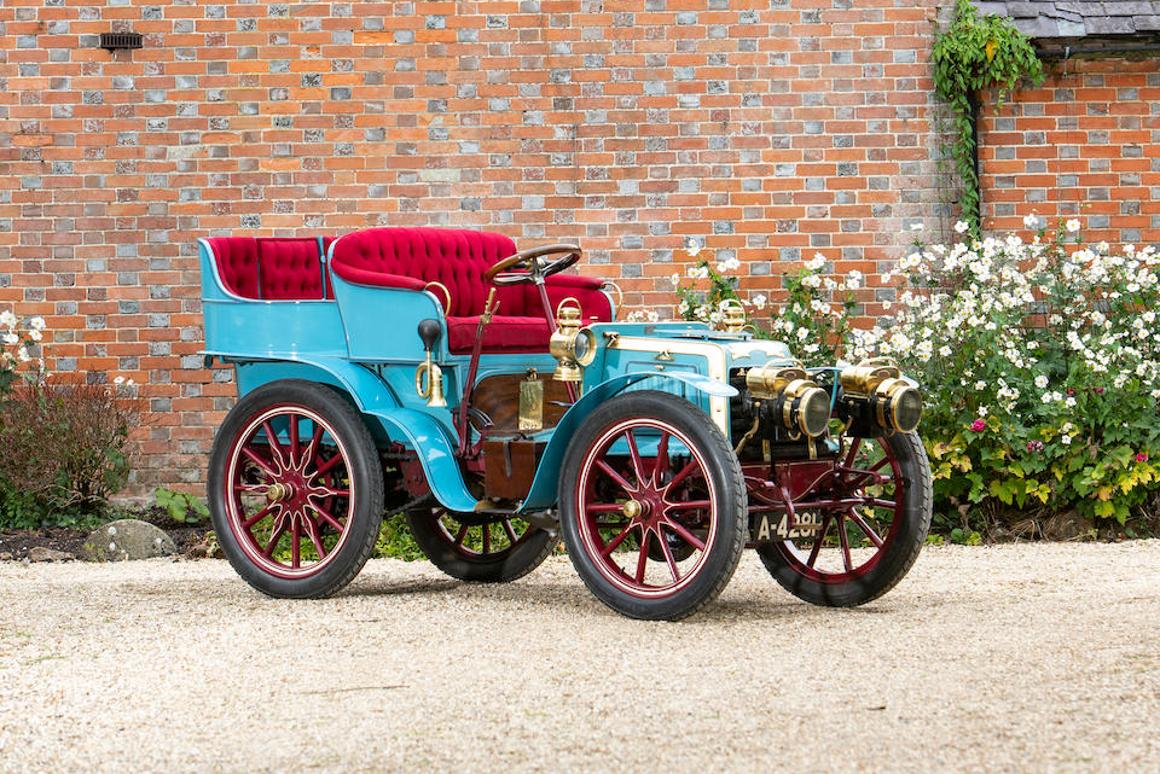 One of the world’s first “modern” motor cars is going up for auction at Bonhams. “Le Papillon Bleu” is one of only five surviving 1901 Panhard-Levassor 7hp Twin-Cylinder Four-Seater Rear-Entrance Tonneau cars and one of the earliest examples of the motor car layout that we recognize into today’s machines.

The advance of technology is pitted with insane bursts of creativity as engineers try to get a grasp on the potential of new developments and create standards. A case in point is motor cars. When the idea of mating a motor or engine to a wheeled vehicle, the result was an explosion of designs – some of which seem downright bizarre to modern eyes.

Early cars were an extraordinary collection. Some sported three wheels, some four. Some were made with elaborate coachwork while others were little more than quad bikes. And then there was a bewildering diversity of tillers, levers, pedals, throttles, pumps, and other accouterments that made these early machines virtually unstealable, because the odds were that a potential thief wouldn’t have the slightest idea how to start the thing, much less put it in gear and drive away.

But that started to change around the turn of the 20th century. Built by France’s Panhard company with coachwork by J. Rothschild et Fils, the Panhard 1901 7hp up for auction has an enameled tonneau body finished in a Cambridge Blue with contrasting scarlet wheels and polished brass fitting while the cloth upholstery is in hunting scarlet.

What really makes it special is that “Le Papillon Bleu” is one of the first cars to boast the features of a modern motor. Based on the user-friendly “Systeme Panhard,” it has rear-wheel drive, pneumatic tires, a front-mounted engine, a middle-mounted gearbox, a chain transmission that set a new standard, piano-style pedals for the clutch and brake, and a steering wheel instead of a tiller.

This Panhard 1901 7hp was commissioned by René de Knyff, a pioneer racing driver and Panhard director, who had it built to his specifications as a light tourer. It was later sold to British enthusiast, Leslie Bucknall for twice its price and taken to England where it was given the name “Le Papillon Bleu” by his daughter Vivienne.

It ended up in the hands of Veteran Car Club President Tom Lightfoot, who drove it on the 60-mile London to Brighton vintage car rally.

(For the source of this article, and to see all 52 Images associated with it, please visit: https://newatlas.com/automotive/first-modern-car-auction/)