Among the rocky bodies in the asteroid belt located somewhere between Mars and Jupiter, Hygiea never really fit in. Although it was classified as the fourth largest asteroid in the solar system, Hygiea is also very dim, difficult to observe and therefore highly misunderstood.

However, a group of astronomers observed Hygiea in high resolution for the first time and determined that it may in fact be a dwarf planet — perhaps the smallest dwarf planet in our solar system.

Using the European Organization for Astronomical Research in the Southern Hemisphere’s Very Large Telescope, the astronomers determined that Hygiea has a spherical shape, which qualifies it as a dwarf planet. The study was published recently in the journal Nature Astronomy.

“Thanks to these images, Hygiea may be reclassified as a dwarf planet, so far the smallest in the Solar System,” Pierre Vernazza, a researcher from Laboratoire d’Astrophysique de Marseille in France, and lead author of the study, said in a statement.

In order to qualify as a “dwarf planet,” a celestial object has to meet four requirements:

Having already been as asteroid for quite some time, Hygiea confidently checked off the first three, but astronomers were still not sure about its shape nor size.

But the recent observations may put this tiny fuzzball’s mind at ease, having confirmed its nearly spherical shape and a diameter at just over 430 kilometers. The smallest dwarf planet in the solar system, Ceres, currently stands at approximately 950 kilometers in diameter.

Pluto, the dwarf planet formerly known as, well, a planet, measures at 2,400 kilometers. Unfortunately, astronomers were not so confident that Pluto cleared objects around its orbit, the main reason why the once smallest, and most beloved planet in our solar system was downgraded to a dwarf planet. 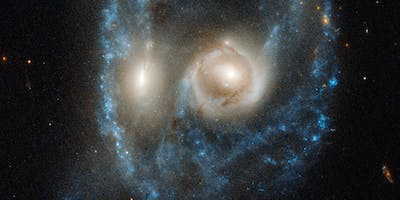 A galactic ghost warns of the Milky Way’s fate

“I like finding weird stuff in space,” says the astronomer.
Read More

However, Pluto’s demotion, which took place more than 10 years ago, is still met with controversy as fans of the solar system’s underdog continue to root for its return to ordinary planethood. Even NASA Administrator Jim Bridenstine was recently quoted as saying that Pluto is still a planet in his book, much to Pluto fans’ delight.

However, the latest dwarf planet candidacy debate also brings into question a violent impact that was believed to result in the bodies found in the asteroid belt.

While observing Hygiea, astronomers expected to find an impact crater on its surface as a result of the impact that created this misshapen family in the asteroid belt. However, the team found two small, unambiguous craters that do not match a large enough impact to result in the asteroids.

Instead, by creating a simulation for the formation of the asteroids, the team of astronomers deduced that Hygiea and its asteroid companions formed as a result of a head-on collision with a large object that likely measured between 75-150 kilometers. The collision could have occurred between this object and the parental object that birthed Hygiea and the rest of the asteroids, which broke up into smaller pieces.